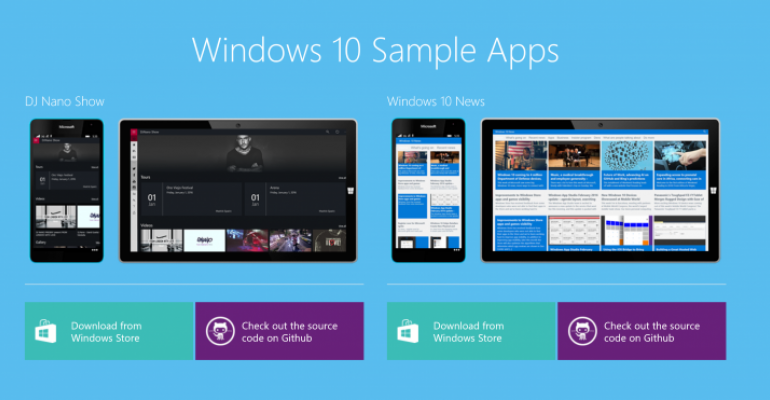 If you are unfamiliar with Windows App Studio it is an online tool for developing apps for the Windows Store.  It was released in beta back in the fall of 2013 and has become a very robust development environment for web hosted apps or content apps that use HTML, RSS and sites like YouTube and Facebook.

I have used Windows App Studio to build a handful of apps over the last couple of years and it worked well.  One challenge of using this app was the process involved in side-loading those apps as test packages to my device. It required multiple steps that involved running a PowerShell script, installing developer certificates, copying the app package, etc. to get it up and running.

However, that process has now been taking one step further and not only improved the side-loading process of the apps without all the extra work but also makes it easier for you to share your Windows App Studio apps with your friends.

Over on the Building Apps for Windows blog details are available about how to install and use this app for your own projects.

If you’ve used Windows App Studio before, you know that it’s an easy-to-use tool for building Windows apps. You also know that the sideloading and installation process has been a bit complex by comparison, since it required running PowerShell scripts and deploying a certificate in a somewhat manual way.  Since you told us that it was a bit of a pain point, we spent some time to solve the problem.

This update has me ready to break out some old projects in Windows App Studio and start building them up again. That might just make a good hands on article for down the road.

Stay tuned for that but in the meantime head over to the Building Apps for Windows blog to get all the other details.