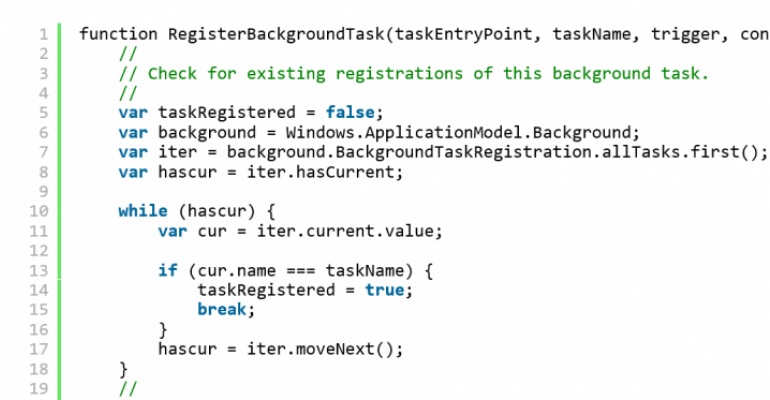 This week over on the Building Apps for Windows blog, the Windows App team provided a third installment in a series of posts talking about Hosted Web Apps.

The first two articles focused on what type of app works well as a hosted app and then why Hosted Web Apps make sense for media based services.

For some background, Hosted Web Apps is Microsoft's bridge that allows you to bring a web based service into the frame work of a Universal Windows Platform (UWP) app. It is also more than a web wrapper because it has the ability to access to all the same APIs that native Windows 10 apps do including Live Tiles, back button, secondary pinning and Cortana interactions.

This weeks post from the team talks about using those Windows APIs and how to set up your web based service/content so they can be used as a Hosted Web App.

They cover such details as setting up for Live Tiles, Notifications, background tasks and NFC interactions.

If you already have significant work invested on a web based service and/or content then the Hosted Web App is one way to quickly get that into the Windows 10 Store for access on PCs and mobile devices.

Read more of the details at the Building Apps for Windows blog.