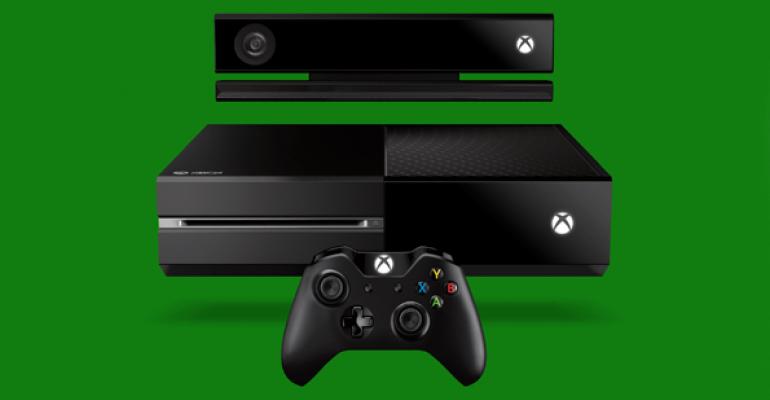 What does Kinect for Windows v2 bring to the table for developers?

Related: "Microsoft Kinect for Windows: Is There Anything Cooler from Microsoft?"

Just in time for the holidays, Microsoft recently shipped the new Xbox One, even though it seems like it was announced eons ago. At the time of the that announcement over a year ago, I was absolutely enamored with the new Kinect device, thanks to the demos the Xbox team did with it at the announcement event. I have written about the Kinect for Windows device before in this column, and I’m not shy about my infatuation with the Kinect, nor am I shy about my predictions for it—that 3D cameras similar to the Kinect will become a norm for computer systems in the near future, or that they will be the future of the natural user interface (NUI).

Although the Xbox One is now shipping, there's been no news about the Kinect for Windows v2 device during the holiday shipping of the Xbox One. Nothing was said about the potential for the Windows device to mirror the capabilities of the Xbox version or even if the new device would be shipped at the same time. I reached out to the Kinect for Windows team at Microsoft several times over the past year craving information from them— I got nothing; a code of silence. I’m a Microsoft Kinect for Windows MVP, and I've been working either for or with Microsoft for over 20 years, yet there's still a culture of silence at Microsoft; a remaining legacy from the past president of Windows, Steven Sinofsky. It’s going to take a long time to change the Microsoft culture back to an open environment where product plans and roadmaps are shared with partners. I have to admit, it was difficult for me to live in the dark knowing that an amazing device was coming, but not knowing the details.

In the announcement over a year ago, it seemed as though the capabilities of the new Kinect device (the one that would ship with the Xbox One) were two- to three-times better across the board than the capabilities of both its predecessors and competitors. One of these amazing features was the device's capability to read your pulse by staring at your face. Another feature mentioned was the device's capability to track full-body movements, finger movements, and facial expressions in total darkness. That's how good this 3D camera was going to be. Well, now it’s become a reality.

Thanks to the Developer Preview program and the Kinect MVP program, I got my prototype Kinect for Windows v2 device in November 2013 at the MVP summit on the Microsoft campus in Redmond. Since then, it's been a pure pleasure for me to work with the engineering team at InterKnowlogy to put the new Kinect device through its paces.

Here are my initial thoughts on the highlights of the new version 2 Kinect device:

My speculation and other industry experts agree that the device is expensive to manufacture. In technology, competition is a good thing, but only a large corporation, like Microsoft, and only a high volume market, like gaming, could achieve the economies of the scale needed to bring this 3D camera and sensor into millions of homes and businesses at an affordable price. Considering the technology involved, it's not a stretch to say that it could even be available at a ridiculously low price.

Here's a legitimate use case that's easy to understand as one reason why I’m excited about the device: At Actus Interactive Software, the InterKnowlogy engineering team and others have helped us build a compelling and interactive digital signage solution differentiated in the market by several different irresistible features including NUI interfaces for gesture and voice. Despite the engineering and user interaction design expertise, we were unable to successfully create a reasonable way to use a pinch gesture to shrink or enlarge a picture in a “scatterview” of images. The Kinect 1.0 device doesn’t have the fidelity to individually track fingers and stretching and shrinking with hands and arms is simply too difficult; too difficult to do it with precision and too physically difficult because users would tire quickly with arms outstretched. So instead, we shipped the solution completely gesture capable end-to-end except for one place: in “scatterviews” of images, which unfortunately is the favorite feature of many of our customers. The inconsistency was a real thorn in my side and it just killed me. Well, it took InterKnowlogy engineer Scott Varcoe just two days last week to prototype a pinch gesture in a “scatterview” effectively with the fingers on the new prototype Kinect for Windows v2 device.

Questions on Availability and Pricing

So, there are two questions that should come naturally after reading this:

Well, I believe the official word from Microsoft is late 2014, but my gut tells me that it’s going to be a lot sooner than that.

This is the question that terrifies me most. Adoption of this device helps the technology world. It pushes the NUI revolution closer to normalcy. If Microsoft makes the Kinect for Windows v2 device too expensive, like two times the $249 retail price of the v1 device, then there's a risk that it won't be adopted regardless of how good it is. Microsoft has not yet released official pricing on the new device. I’m biting my fingernails just thinking about it.