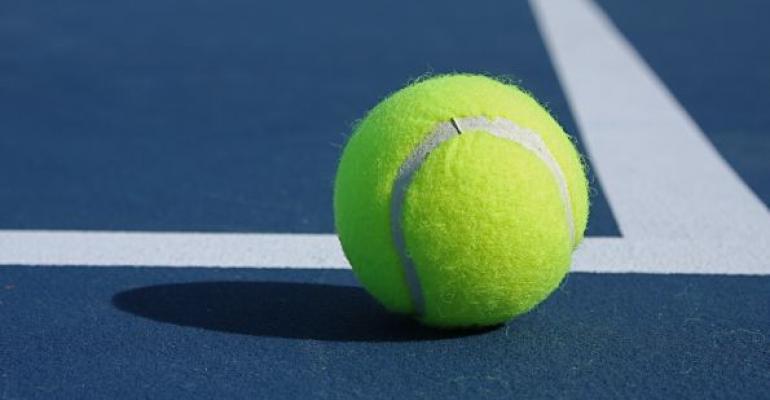 Dropping the Ball: A Look Back at Microsoft's Developer Efforts in 2010

What Microsoft did wrong, and right, for developers in 2010

As I sit on my couch and watch the crowd in Times Square ring in the new year on television (yeah, I'm getting too old to stay out late partying), my thoughts briefly drift to some important places where Microsoft dropped the ball in 2010. I don't generally make it a habit to start the year off with negativity (I've softened a bit since my days as the angryCoder), but I can't help but think that Microsoft missed out on some huge opportunities over the course of the past year.

Microsoft's conspicuously late entry into the new age of smartphones has been well documented. Beating them over the head for that one more time isn't very productive. At this point, it is what it is. The silver lining that kept me optimistic, though, was that Windows Phone 7 was shaping up to be really, really good. When it was released this past fall, I was truly impressed. Other than some minor version 1 feature deficiencies (cut-and-paste... blah blah blah... it'll be implemented in a couple of months so stop your complaining), it was clear to me that Windows Phone 7 had the chops to be a real contender.

For numerous reasons not related to contractual obligations, I am not in a position to change wireless carriers, so of course, I had to admire Windows Phone 7 from afar, as (much to my dismay) Microsoft chose not to launch on Verizon's CDMA network. Lest you think that I'm just bitter (which I am), I honestly think that it would have been much more strategically advantageous to launch on a carrier where it was only fighting one 800-pound gorilla (Android), rather than attempt another Battle of the Little Bighorn on AT&T against both Apple and Android. To be fair, T-Mobile is also in the mix, but they haven't put much marketing muscle behind Windows Phone 7 to promote it.

You could perhaps argue that Verizon was the side of the equation that made the decision for Microsoft because of the Kin debacle, but Microsoft is huge and powerful and you can't convince me that they couldn't have made the deal happen if they had wanted to. Instead, it looks like Microsoft opted for a carrier using the GSM standard that would enable it to attract a worldwide audience out of the gate. What Microsoft really needed to do, though, was to shore things up in the United States first, and they could have engineered a land grab of epic proportions on Verizon.

At this year's Consumer Electronics Show (CES) in Las Vegas, Microsoft announced that they would be launching in Sprint and Verizon during the first half of 2011. That date was later narrowed down to late June. I love that Microsoft is taking corrective action, but there is a very good chance that Apple will beat them to the punch by launching the iPhone on Verizon. Such a frenzy has built up over the past couple of years about an iPhone on the Verizon network that most of the "potential energy" could get soaked up before Windows Phone 7 arrives on the scene. We could potentially end up with a situation where the best smartphone operating system (Windows Phone 7) with the best software framework (Silverlight) and the best development tools (Visual Studio 2010) is snuffed out before it gets a chance to get a foothold in the marketplace. I'm afraid that even Xbox, Zune and Office integration won't be enough to save it if Microsoft can't reach critical mass; The Palm Pre suffered a similar fate.

Speaking of Windows Phone 7, surely I'm not alone in my belief that it could be repurposed into the best tablet PC OS in existence. Tablet PCs are en vogue right now, and at this juncture, the tablet PC marketplace is littered with terrible hardware running substandard Android implementations—and then there's the iPad. For some reason, Microsoft feels that tablet PCs powered by Windows 7 can compete with iPad while they spend the next two years building another OS specifically for tablet PCs, but they can't. In two years, it will be all over but the shouting. It only took Microsoft about two years to plant the seeds that has given it an over three-decades-long dominance of the PC landscape. Microsoft can't let Apple rip a page from Microsoft's own playbook (which it will) and do the same thing in the tablet PC space. Microsoft has the ammunition to put out a real tablet PC contender now. I'm not saying that they shouldn't forge ahead with their "PC on a chip" strategy with ARM, but they've got to come up with a better solution in the interim, and Windows Phone 7 is it.

I bring these issues up in a software development magazine because mobile is where we're all going to end up over the course of the next several years. Some of us are going there willingly. Some will be forced into it kicking and screaming. Either way, we have all become accustomed to Microsoft's signature dominance in the software development tools space. Nobody does it better, and I find it very convenient that the software that I build using Visual Studio 2010 can be deployed to the lion's share of the world's computers. I don't want to lose that as mobile becomes the new standard.

Now, while I think that Microsoft could have done a better job leveraging all of the fantastic work that they poured into Windows Phone 7, by no means do I think that 2010 was all bad for them. Rather, Microsoft did quite a bit right. After a few initial bumps and some necessary pricing changes, Windows Azure is emerging as a star in the cloud computing space. I can't overstate the importance of having a viable Microsoft alternative in the cloud.

Another big win for Microsoft was their adoption of the HTML5 standard. They certainly could have handled the messaging a little better to avoid briefly giving us the impression that the strategy was a harbinger of the end of Silverlight, but it's great that (at least in this case) Microsoft isn't living in a box pretending that Android phones, iPhones, and BlackBerrys don't exist.

Lastly, I'd like to conclude with one more set of kudos for Microsoft. The launch of Kinect puts them eons ahead of the competition in the gaming space. My children got one for Christmas, and when I see them play with it (OK, I play with it too), I am constantly reminded of how smart and innovative Microsoft can be. Aside from my swooning, Kinect also opens up the door for developers to build amazing experiences for other fields such as the medical, scientific, educational and business verticals (to name a few).

The good part about a big company like Microsoft is that in any given year, they have plenty of both successes to celebrate and failures and miscues to learn from. Let's hope that when the ball drops next year, we can remember 2011 as having brought more of the former.

onathan Goodyear ([email protected]) is president of ASPSOFT, an Internet consulting firm in Orlando. He is Microsoft regional director for Florida, an ASP.NET MVP, a Microsoft Certified Solution Developer, and a contributing editor for DevProConnections.