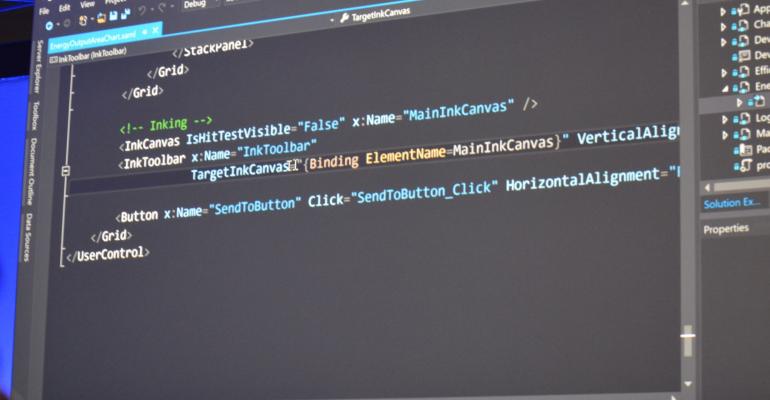 Today at Microsoft’s Build 2016 new developer related opportunities were announced in conjunction with the upcoming release of the Windows 10 Anniversary Update, aka Redstone 1, which is expected this summer.

Although today’s keynote kicked off with Windows 10 and this update as its primary focus it quickly moved into how this update benefits developers in what Microsoft has labeled their open development ecosystem.

“For over thirty years, Windows has been an open ecosystem, welcoming the contributions of hardware and software partners and developers around the world. Nothing changes with the Universal Windows Platform – it brings together the openness that is part of Windows’ history, as well as everything that you expect from a modern application platform – like robust install, uninstall, and seamless updates. Our goal is for Windows to be the best platform for ALL developers – making Windows their home and getting the best return on their investment in their code.”

This article will focus on the developer aspects of the Windows 10 Anniversary Update but if you want to read about the new features that are expected be sure to check out my article about that over on SuperSite for Windows.

So, there were three main areas that the Windows team talked about development for the Windows platform.

- Hosted Web Apps have done very well for web developers on Windows 10 and companies like American Express, BBC Sport and Yahoo Mail. With full access to the Windows 10 API and the ability to use system features like Live Tiles and Notifications, developers with web apps save the work of needing to program an entirely new app to deliver their service across the ecosystem.

- The new Desktop App Converter announced today, aka Project Centennial, will allow Win32 and .Net developers to get their desktop programs into the Windows Store in the form of apps with full access to the Windows 10 APIs for Live Tiles and Notifications. There is no modification needed to the original Win32 and .Net code to make the conversion.

- A brief mention was made of Xamarin helping developers to be able to share more of their code across platforms. I expect that will get a lot more detail and demos in the Day 2 Keynote.

On a separate blog post over on the Building Apps for Windows blog, Kevin Gallo shares that the Windows 10 Anniversary Update SDK Preview is now available for developers to get started with these new features.

While there were several additions discussed during the keynote, there were others that were not covered due to a lack of time on stage:

The following SDK related updates were discussed on stage and demoed and are available in this updated Anniversary SDK as well:

The live demos, which you should watch when the on-demand replay is available on Channel 9, were impressive and I am looking forward to trying them out in the near future on a Windows Insider build.