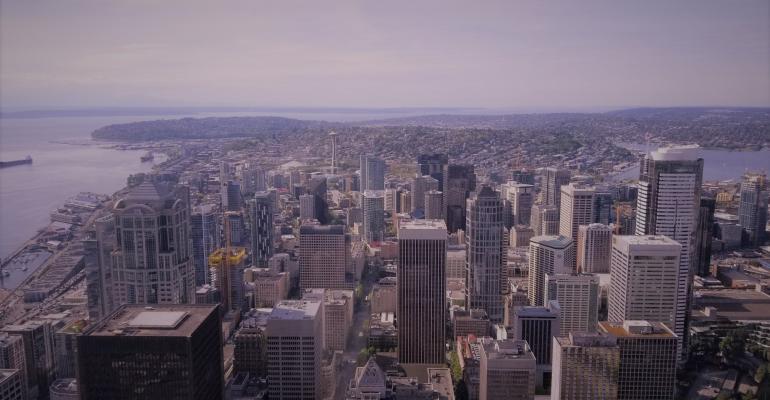 Today Microsoft kicked off their annual developers conference, Build 2017, in downtown Seattle at the Washington State Convention Center and began with a Day One keynote that included the unveiling of several new products, services, and real world demos from partners for developers.

The keynote began with Microsoft CEO Satya Nadella, who among other things, revealed that Windows 10 is now in use by 500 million monthly active users and that the OS combined with Microsoft Office and Microsoft Azure provides Windows developers ​more than a billion opportunities to connect with Microsoft customers​.

The new Azure data and cloud services will give developers opportunities to modernize their current apps in order to expand their offerings and customer base.

-- A preview of Azure IoT Edge, technology that extends the intelligence — and other benefits — of cloud computing to edge devices.

-- Extensions to the Microsoft Graph to combine insights from the world of work with device insights and contextual awareness of the physical world.

-- Introduced Azure Cosmos DB, built from the ground up to power planet-scale cloud services and data-intensive applications — from IoT to AI to mobile — with incredible performance, fault tolerance and support for every type of data, including graph. It is the industry’s first globally distributed, multi-model database service to deliver horizontal scale with guaranteed uptime, throughput, consistency and single-digit millisecond latency at the 99th percentile. Developers get incredible flexibility with the only schema-free database service, with support for popular NoSQL APIs, that also offers five well-defined consistency choices while auto-indexing all your data.

-- Azure Cosmos DB, built from the ground up to power planet-scale cloud services and data-intensive applications — from IoT to AI to mobile — with incredible performance, fault tolerance and support for every type of data, including Graph. It is the industry’s first globally distributed, multimodal database service to deliver horizontal scale with guaranteed uptime, throughput, consistency and millisecond latency at the 99th percentile. Developers get incredible flexibility with the only schema-free database service, with support for popular NoSQL choices, that also offers five well-defined consistency choices while auto-indexing all your data.

-- An early preview of Microsoft’s new database migration services, which will allow Oracle and SQL Server customers to more easily move their data and quickly modernize their apps.

-- General availability of Visual Studio 2017 for Mac, which enables developers to work seamlessly across Windows and Mac environments with full support for mobile, web and cloud workloads, and previews of Docker tools, Azure Functions and Xamarin.IoT support.

-- Support for containers of nearly every type, on every platform, with the general availability of Windows Server Containers support in Azure Service Fabric, with Visual Studio tooling, and a preview of the ability to use Docker Compose support for Service Fabric to deploy containerized apps to Service Fabric — enabling developers to deliver mission-critical, scalable apps and services.

-- Any developer can now publish for Microsoft Teams, the new chat-based workspace in Office 365. Coming soon, apps in Teams will be more discoverable for end users through a new app experience. Developers can also add new capabilities to Teams apps, including third-party notifications in the activity feed, Compose Extensions and Actionable Messages.

-- Developers and ISVs who host their production SaaS applications on Microsoft Azure and sign up through the Azure website can now have their apps’ data and workflow automatically extended to authorized Office 365 customers through standard connectors for PowerApps and Microsoft Flow. To help ISVs expand their business even further, Microsoft is also providing additional incentives to its sales force when they jointly co-sell eligible SaaS apps and services to enterprise customers.

-- The company added new services to the industry’s broadest offering of cognitive services and now 29 services for developers, with unique customization options. That enables developers to infuse off-the-shelf or custom intelligence capabilities such as vision, speech, language, knowledge and search into their app and bot experiences in any scenario. New services include Bing Custom Search, Custom Vision Service, Custom Decision Service and Video Indexer. A new PowerPoint add-in called Presentation Translator, which leverages Microsoft’s Translation APIs, was featured, allowing real-time translation to multiple languages during any presentation. The new Cognitive Services Labs were also launched, enabling developers to experiment with new services, such as a Gesture API, still in the early stages of development.

-- Azure Batch AI Training is a new Azure offering, available in private preview only, that will allow developers and data scientists to configure an environment with parameters and run their models against multiple CPUs, multiple GPUs and eventually field-programmable gate arrays.

-- In addition to Harman Kardon’s Invoke intelligent speaker with Cortana, partnerships were also signed with HP on devices and Intel on reference platforms to deliver Cortana-enabled devices.

-- A demonstration was provided on how multiple Microsoft products and services, including Dynamics 365, Office 365, Microsoft Teams, Cortana Skills, Microsoft Graph and Sentiment Analysis, will be integrated into Tact, the sales experience platform that turns any connected device into a AI-powered virtual sales assistant, later this year.