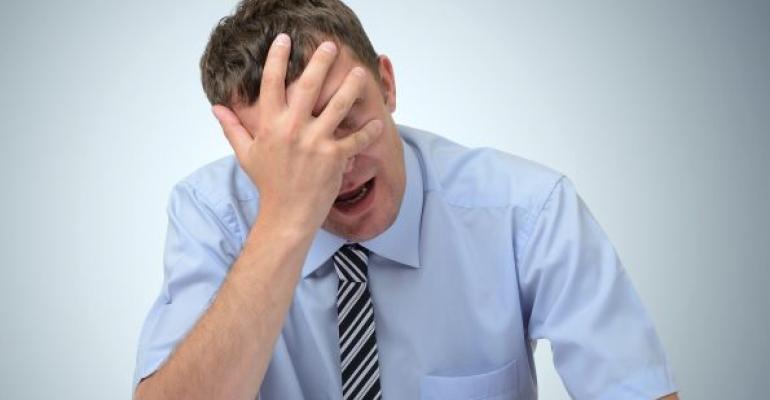 It's always the small things.

There’s an old saying that you shouldn’t argue with fools because observers might not be able to spot the difference between you and the fool. On the other hand, there’s also a line of thinking that states that if you’re not comfortable complaining about trivial things, then you won’t be able to complain about things that are truly important. So, at the risk of sounding like a complete raving fool, I’m going to complain about a few things with Windows Server 2012 R2 that drive me absolutely batty and make me question the sanity of some of the folks at Microsoft.

I’d also argue that the return of the Start Button is a little too much too late, but it still represents the fact that Microsoft is trying to show that they’re listening. Personally, the more I use the Start Screen, the more I like it—but I still think it’s completely asinine to optimize a Server OS for a touch-screen interface. I also think that Microsoft is wasting entirely too much time flip-flopping back and forth with how they’re handling the Start Screen/Start Menu and would be way better off just letting users decide for themselves which approach they prefer.

My point, though, is that Windows Server 2012 R2 really is a great,  solid OS—and it has some nice refinements and improvements over Windows Server 2012 in general. There are, however, two minor or even arguably inconsequential things that absolutely drive me nuts about the OS.

Enough with Videos, Music, and Pictures Folders on a Server OS

Take a look at the following screenshot. It’s from a default installation of Windows Server 2012 R2 Standard Edition:

Maybe it’s just me, but I can’t even iterate how impossibly  ridiculous it is to have folders for pictures, videos, and music on a Server. Really? So, if I find cool pictures of cats while I’m surfing the web from my server, Microsoft wants to make sure I have a great place to save them? And if I’m doing routine maintenance on my server or installing patches, I might want to plug in some speakers or headphones so I can rock out to MP3s or WMAs that I’ve stored on my server, right?

Calling a Server a PC

Another detail that instantly leaps to my attention with Windows Server 2012 R2 is that Microsoft has shifted from calling the local server “Computer” and is now calling it “this PC”. Technically, I guess these servers aren’t main-frames or mini-computers, so it’s arguable that calling them ‘personal computers’ could make sense, but only if you’re stuck in the land of 1970s nomenclature.

Yes, I get it; Microsoft wants to have a unified UI across all different versions or instances of Windows, which is why we’ve got these same folders across all versions of Windows and why, apparently, we’re now calling servers “PCs”. But the notion of a one-size-fits-all approach to Windows really needs to be tempered, and Microsoft needs to tailor Windows to address the specific computer needs and characteristics of the devices Windows is being deployed on. Otherwise, it’s far too easy to run into some of these minor absurdities and annoyances, like having music folders on servers. Likewise, when minor problems like this manifest, it’s also far too easy for cranks like me to worry about what Microsoft’s incessant need to dumb-down Windows Server means for IT in the future.