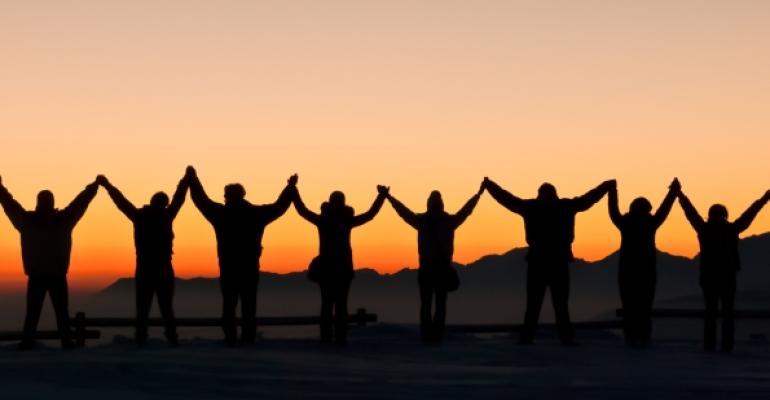 2010 Development and Browser Trends in Review

It's hard to believe that 2010 is almost at an end. It's been a very busy year—with lots of exciting developments and with a ton of different topics to cover. With 2011 almost upon us, I want to review some of the more common topics or themes that I touched upon in 2010, address some of the feedback that I've received, and share some thoughts on potential trends in the near future.

The Cloud and Microsoft's Azure Services

In looking back on 2010, it's probably safe to say that "The Cloud" was one of the most abused buzzwords of the year—especially as clever marketing folks continue to try and convince businesses and consumers that "cloud" is just another way of saying "hosted." Only, in my mind, solutions need to be easily scalable and completely redundant in order to deserve the "cloud" moniker. (In other words, typical hardware considerations need to be all but invisible to end users or consuming business organizations.)

During 2010, Microsoft has done a great job of aggressively promoting their own cloud services—in the form of their Windows Azure Platform and associated services. I'm still waiting on Microsoft to iron out many of the "early" kinks in their offerings in order to bring the features, capabilities, management, and development productivity more in line with the solutions offered by their competitors. (The one area where Azure truly holds its own today with the competition is in pricing.) That, and as someone who has been using true cloud services for years, I still chafe at how Microsoft acts like "the cloud" is all new and spiffy now that they've decided to focus on it.

All of my very minor complaints aside, I still think that Microsoft's foray into the Cloud with Azure is going to yield tremendous results. And not just because Microsoft is actually investing enough time, energy, and effort to eventually make Azure compete head-on with offerings from Amazon, Rackspace, and others—but also because of the long-term lessons that Microsoft will learn from making their own internal solutions more scalable and redundant. Consequently, I see Azure being heavily tied to future successes both for SQL Server and for .NET development in general. That, and I see Azure itself maturing enough that I expect I might even start using it (or aggressively vetting it) in the first half of 2011.

During 2010 I continued to promote the sentiment that web development basically comes in two primary "flavors" or types: website development and application-development over the web. I mentioned this concept in January while spouting off on some predictions about the future of ASP.NET. I also expounded upon this same topic when I addressed the seeming flame war that took place when Silverlight developers took on HTML5 developers in my article that focused on how I believe that the world is big enough for Silverlight and HTML5.

Consequently, as we round the horn into 2011, I see a couple of key reasons why Silverlight will be an increasingly powerful and compelling option for application developers. For starters, the recent announcement of Silverlight 5 brings some powerful new features and capabilities to the web—like support for printing (which has always been a pain to address from web apps). That, and as HTML5 increasingly makes its way onto the scene through various differing and competing browser implementations, I'm convinced that we're going to see a bit of a "redux" of the browser wars that we saw back in the HTML4 days. And, as we wait for the dust to settle on finalized specifications for what HTML5 will even look like (if we ever get there), it's safe to say that accounting for different browser implementations and features will be something that application developers want to skip altogether—which is what Silverlight perfectly facilitates.

On the other hand, as we continue to see increased fracturing in the browser market (with Chrome aggressively stealing market share and with Internet Explorer 9 looming around the corner), I think that website development will potentially get ugly for a while. Or, I think it could and would get ugly if it weren't for the fact that jQuery will end up doing such a great job of shielding website developers from so many of the different implementation details for the various browsers that will be in play as HTML5 begins to play a larger and larger role. However, as great as jQuery will be at ameliorating some of the problems we'll see as Apple, Google, Microsoft, and Mozilla all compete to implement their version of the HTML5 "specifications" (which aren't finalized yet), those benefits will largely be confined to reigning in problems with behavior.

This, in turn, means that developers working on sites where reach (i.e., browser compatibility) is just as important as pixel-perfect design are going to have their hands full as they have to account for increasingly larger numbers of browsers in play (with Microsoft eventually contributing four different browsers to the mix—each with appreciable market share that is split among, effectively, three entirely different rendering engines). Consequently, in defense of these kinds of web developers, I still stand by my assertion that as great as IE9 will be in terms of its own support for standards, it really represents a failure on Microsoft's part as a company to address this ongoing problem of fracturing of the web market among its own, competing, set of browsers.

Of course, there was more to 2010 than Cloud Services and my opinions on web development. More importantly, many of the trends and topics I addressed in 2010 will obviously continue to be topics that I'll address into 2011. For example, ASP.NET MVC 3 is almost upon us, and I personally can't wait for SQL Server Denali to finally ship—as it brings some great new improvements and benefits to the table as well. Look for my opinions on those and assorted other topics relevant to the Microsoft developer community in 2011.

Michael K. Campbell ([email protected]) is a contributing editor for SQL Server Magazine and a consultant with years of SQL Server DBA and developer experience. He enjoys consulting, development, and creating free videos for www.sqlservervideos.com.