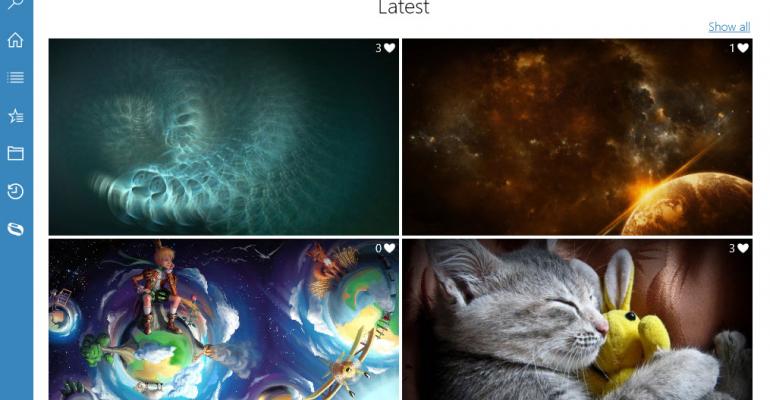 Over time, during the Band v1 era, theming became a pretty popular app category. There were no less than 5 apps that could alter backgrounds and theme colors. Pimp My Band was my favorite. But, alas, with the release of Band v2, many of those early theme customization developers seem to have given up. Band v2 brought a new screen size which requires a different size background image. I’ve still been limping along with Pimp My Band, just being careful to leave black edges at the top and bottom of my images so the background looks right.

I do like customizing my Band, so it surprises me that these apps have not been updated. Microsoft Band already offers the ability to change color themes and supplies new backgrounds, but the options are limited. One of the bigger customer requests right now for a future update is to bring richer theme and background customization to Band v2. The Band team at Microsoft has proven its listening to customers with the December Band v2 update, so this feature may just show up eventually.

But, good news… Wallpaper Studio 10, a universal Windows 10 app, now supports Microsoft Band 2 screen sizes and brings with it some really excellent pre-configured themes. Wallpaper Studio 10 will only connect with Microsoft Band when its running on a Windows Mobile (phone) device – even though the app runs on a Windows 10 desktop. It would be nice for future updates if the app could use the Band Desktop Sync app to apply theme and background updates through the PC connection, but for now, its limited to the Bluetooth connection of the smartphone.

Using the app, you can modify the overall theme, or create your own by changing colors and assigning new wallpapers.

And, it does come with some pretty nifty pre-configured themes…

You can snag this Universal Windows 10 app from the Windows Store here: Wallpaper Studio 10

One other app that supports Band v2 is called: Quick! Theme my band! But, this app only configures your Band to match the theme of your Windows phone.