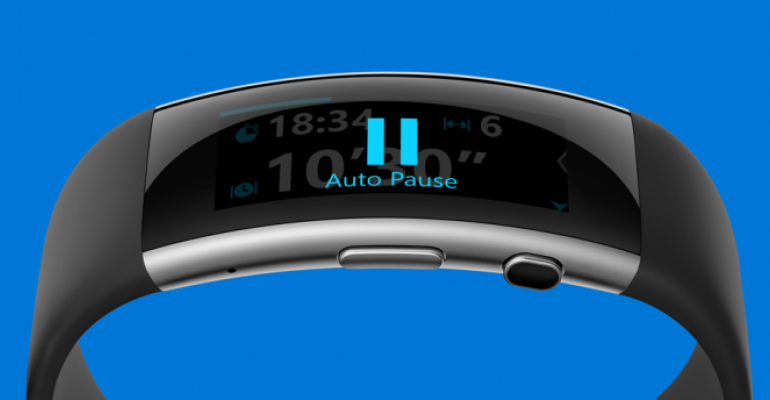 The Microsoft Band team is as motivated as I’ve seen them since the Microsoft Band first became a thing. Maybe, the fitness wearable is doing its job and giving them new and renewed energy. Since late last year, we’ve seen at least one update per month, and sometimes two.

A new update is coming and will deliver a huge feature improvement called Auto Pause.

When you turn on Auto Pause, the Band will detect that you have stopped your Run or Bike activity, and automatically pause until it senses that you’ve picked up the pace again. This is an extremely useful function, particularly for those times when you have to stop and start regularly. I’ve experienced this many times traveling to city-based locations where the street blocks are short and the stoplights are many (*ahem* NYC and Houston).

The firmware update will come with a Microsoft Health app refresh. Mine is already here, so expect it shortly if it’s not available for you yet.

As always, I’ll dig deep into the feature and give you a full report.

Additionally, this update brings new language character support to the Band 2 including: Simplified and Traditional Chinese, Japanese, and Korean. You can find these in the Settings tile.