/sites/all/themes/penton_subtheme_itprotoday/images/logos/footer.png
Recent
Recent
IT Pros Aren't Missing the Office
May 16, 2022
25 Years Ago: How Deep Blue vs. Kasparov Changed AI Forever
May 13, 2022
Create If Else Statements in PowerShell
May 12, 2022
Low Code: Satisfying Meal or Junk Food?
May 11, 2022
Featured
What Makes Data Science Teams Thrive
Mar 04, 2022
5 Ways for Data Scientists to Improve Communication Skills
Apr 21, 2022
How to Spot the Warning Signs of Ransomware Attacks
Apr 20, 2022
Best Windows 11 Tips and Tricks: Top 11 Articles
Mar 18, 2022
COVID-19: The Coronavirus Outbreak and IT
brought to you by
Case Study 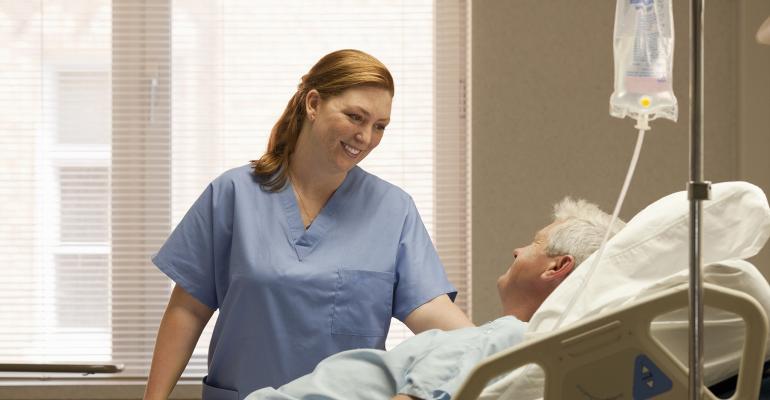 A leading Irish hospital is using a software robot to free up hours of time for nurses each day — essential as the country deals with the COVID-19 pandemic.

It’s one of many examples of how artificial intelligence and machine learning are being used to treat and prevent the coronavirus, from ML-powered triage in hospitals to the use of AI to identify potential vaccines for the virus.

The hospital expected an increase in test swabs throughout April as testing for COVID-19 expanded, and the software robots would help with the processing of those swabs. But the work to bring the software online began well before Ireland had its first confirmed coronavirus case.

“We actually kicked off this project before anybody had ever heard of COVID-19,” said Mark O’Connor, UiPath’s public sector director for Ireland.

While giving a keynote at a conference in November, O’Connor discussed a “robot for everyone.” In the early days of Microsoft, founder Bill Gates talked about a PC for every home — something that seemed impossible at the time but has long since become reality.

At that conference, O’Connor met Jincy Jerry, Mater Hospital’s assistant director of nursing, infection control and prevention. Jerry had her own question for him, he said: “What about a robot for every nurse?”

Through Jerry, O’Connor and UiPath learned that administrative tasks such as contacting patients about test results were taking up 30% of nurses’ time each day and only increasing. On Mondays, the workload would be even heavier as nurses worked to catch up on reporting, editing and other administrative work from the weekend. Nurse supervisors also had to add teaching to their workload, meaning even less time for patient care.

“She had seen the increase in their workload and thought automation is the perfect solution,” he said of Jerry.

The situation was ideal for machine learning automation. Nurses are highly trained employees doing rules-based administrative work, some of which could be done via automation. Bringing in that automation would free nurses up for the work they wanted to be doing, teaching important topics like hand washing and the proper use of personal protective equipment (PPE).

“[Jerry] had seen how automation could help in her role, she had seen how prevalent it had become in other industries, and then she had seen from a healthcare perspective it's a perfect fit,” O’Connor said.

The automation now being used in Mater Hospital works with the hospital's existing software systems, which removed the need for retraining employees. The software robot mimics administrative tasks previously done by the nursing staff. For example, if a test result comes back negative, the software robot can text the patient and the patient's doctor to inform them of that result, then log that it sent the communication.

Beforehand, the lab system and the patient record system didn’t “talk” to each other. Nurses had to print information off and enter it in by hand, which was time-consuming and introduced errors. The automated system reduces the amount of paper to deal with and removes concerns about mistakes or missed entries.

“They can safely say that the data is processed 100% of the time accurately,” O’Connor said.

It would be valuable under any circumstances for nurses to have hours of time freed up every week, but under the current climate it’s been essential, O’Connor said. Not only has the testing load increased, but the regular parts of everyone’s job still need to happen even in a pandemic. Freeing up time and ensuring results are quickly and efficiently dealt with helps the hospital keep moving. There is also a record created of everything the robot software does, which is valuable for audits.

Looking forward, software robots might fit into other parts of the hospital. For example, many appointments are being canceled as hospitals free up resources for COVID-19; a software robot could help with rescheduling and notification. When a COVID-19 vaccine is developed, machine learning could determine the priority for administrating it and provide notification of appointments.

“It's the tip of the iceberg as to what automation could do in a hospital environment,” O’Connor said.

The use of software robots isn’t about replacing nurses; it's about freeing them up for other important job roles.

“Nobody signs up to be a nurse to be an administrator,” O’Connor said. All the same, administrative tasks need to be done — ensuring an anxious patient receives their test results as quickly as possible is also part of healthcare. The role of software robots is to take over the essential tasks that they can handle to free up trained nursing professionals to handle the ones that only they can do.

“They can do the things that the robot can never do,” O’Connor said of those nurses. “They can give compassion, they can deal with the patients, they can follow up with the relevant people in real time. They can actually concentrate on providing healthcare, and that's what they signed up to do.”