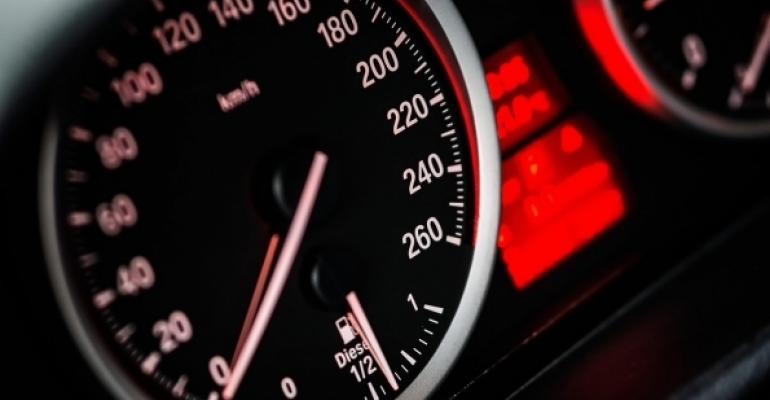 The group, which also includes Denso, Ericsson and Nippon Telegraph and Telephone, aims to get ready for huge connected car data streams.

As connected cars become more commonly used by consumers and businesses, the streams of generated data are increasing exponentially. To cope with the challenge of supporting those increasing data streams, Toyota Motor Corp., Intel Corp. and several other partners have formed the Automotive Edge Computing Consortium to find ways to increase network capacities to solve the problem.

The consortium, which was announced by Toyota, Intel, Ericsson, Nippon Telegraph and Telephone Corp., Denso Corp., NTT DoCoMo and the Toyota InfoTechnology Center earlier in August, will work to find ways to develop an ecosystem for connected cars and the emerging services they require, including intelligent driving, the creation of maps with real-time data and driving assistance based on cloud computing.

Because each of those tasks and others will require large volumes of data, existing data networks won't be up to the job of processing it all as more connected cars get on the road in the future.

"It is estimated that the data volume between vehicles and the cloud will reach 10 exabytes per month around 2025, approximately 10,000 times larger than the present volume," the group said in a statement. "This expected increase will trigger the need for new architectures of network and computing infrastructure to support distributed resources and topology-aware storage capacity. The architectures will be compliant with applicable standards, which requires collaboration on a local and global scale."

That's how the idea of a consortium came about, because multiple technologies in various industries will have to be involved.

To work toward that goal, the consortium plans to look to edge computing and more efficient network designs to work on increasing network capacity to accommodate automotive big data generated between vehicles and the cloud. In addition, the group will work to define requirements and develop use cases for emerging mobile devices with a focus on the automotive industry, bringing them to standards bodies, industry consortiums and solution providers. The group will also work to develop best practices for the distributed and layered computing approach recommended by the members.

The group said it plans to start with its current members but will expand its size in the future to bring in related companies and industries to help work on the coming data crunch from connected cars.

The idea of such a consortium makes a lot of sense, Jack Uldrich, a leading futurist who regularly looks at technology issues like this one, told ITPro.

"The amount of data we are going to be collecting is going to be staggering," he said, and there will be additional responsibilities of ensuring its secure storage and processing.

"What's most challenging right now is not just the amount of data but the confluence of data," said Uldrich. "A revolution is coming in not just transportation and the automotive industry, but in every industry."

It will be a revolution like the one that came when the first successful printing press was invented by Johannes Gutenberg in 1440, he said. "The genius was he took four existing technologies – a wine press, moveable type, ink and paper – and converged them into something entirely new, transforming universities, churches and society in general. It transformed the world."

Such a frontier is on the horizon with connected cars and the data they will generate, he added.

"In the automotive industry, every major car company says it is working on autonomous vehicles, some say by 2021 or 2025," said Uldrich. "This is going to revolutionize transportation in the next decade."

By creating the new consortium now, companies like Intel and Toyota are planning to keep up with competitors, he said. "The reason Intel is doing it is that Nvidia and others are already working on their chip technology in the autonomous car industry. There's some pressure on Toyota to do this now. It's going to be a huge opportunity."

The increasing transportation-as-a-service market has the potential of being even larger one day than the auto industry of today, he said.

"One hundred years ago, [as the first automobiles were appearing on roads] don't you think people were saying 'I own five horses, I grew up with horses, I love horses,' and had the idea that automated carriages were not going to replace everything?" said Uldrich. "That's what they were saying 100 years ago."

That's not to say that cars or car ownership are going to go away, he added. Instead, some people will decide that they should keep one car and use alternate services such as autonomous cars when additional travel is needed.

"I think what Intel and Toyota are trying to do is get in front of the whole standardization thing" so they can take a leadership position and help create the standards rather than have to just conform to them, said Uldrich. "I give them a lot of credit for this. They will stack it with their experts and their technical knowledge and say, 'here's how it will work.'"

Charles King, an IT analyst with Pund-IT, said that without the coming efforts of the consortium and its members that the explosion of data without any action would cause autonomous vehicles to instead remain in their garages.

"Like other forms of 'edge' computing, supporting autonomous driving and vehicles will require a huge backend computing infrastructure and wireless networks," he said. "Interestingly, most of that infrastructure is largely transparent, so people will focus their attention on the driverless vehicles plying their streets."

The consortium is also notable, he said, because supporting autonomous vehicles requires substantial partnerships, like the one between Intel, NTT, Nippon and Toyota.

"That's largely because no single company has all the products or expertise needed to make self-driving cars real," said King. "Over time, I expect this partnership to grow while other new organizations will be formed by interested technology and automotive parties."