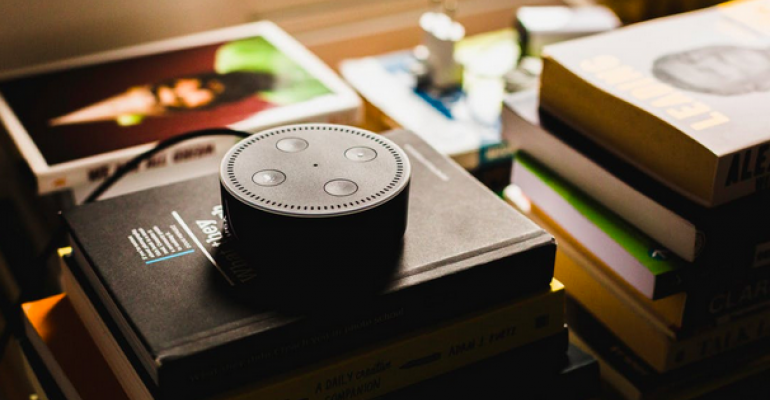 Recent moves by Microsoft, Amazon and others point to the growing importance of conversational AI.

If there was any doubt about the growing importance of conversational AI, a series of not-so-unfortunate events should put it to rest.

Earlier this month, Berlin-based Rasa--which is developing an infrastructure layer for conversational AI--announced that it has raised $13 million in series A funding. In March, submissions for the Alexa Prize competition opened. The Alexa Prize "is a global competition for university students dedicated to accelerating the field of conversational AI," according to Amazon. And last year, Microsoft acquired Semantic Machines, stating that it would establish a "center of excellence" for conversational AI in Berkeley.

These are just a few of what is sure to be a flood of quick development and significant investment in similar technology, industry experts say.

"I believe the investment and developments in the industry will not only grow, but skyrocket over the next decade," Johnston said. "Moves like these indicate that even for the tech giants, the challenges of conversational AI have yet to be solved, and they're looking outside of their current stacks to get to the tech and talent that will get them ahead of the competition."

Benoit Alvarez, CTO of experiential AI agency Volume, agrees, saying that the investments in conversational AI specialists show both the potential of the industry and the lack of capability in the field within the tech big guys.

Ultimately, Alvarez said, organizations communicating with customers, partners and staff online have to ask themselves why they wouldn't have those digital communications be conversational.

"The ability to ask for information, content, assistance and support at the point of need 24/7 is transformational in terms of customer service and brand experience," he said. "In the future we will see conversational AI enhanced with voice, image and gesture recognition."

But right now, things are still in the early stages, Johnston said: Conversational AI can't yet match human conversation, with all its variability and creativity.

Voice interactions are limited, so far, to simple one-sentence queries, said Lynne Baer, an industry analyst with Amalgam Insights. The next step in development would be the ability for these virtual assistants to remember and refer back to additional exchanges in the conversation, adding context and allowing for the sentences to not be interpreted in isolation, she added.

"Both of these are needed to be able to create believable characters that can respond in ways that create empathy with audiences," Gadney said. "It is a challenge to any technology company that has built a chatbot as a customer support agent, because that agent exists to solve a problem as fast as possible--not to hold a conversation."

Charisma.ai is built to be a part of a story, he said, which differs from the solutions-oriented approach of conversational AI that focuses on customer service. But, in the end, a mix of approaches may be the answer for all solutions if AI is going to take over human tasks.

"Most developers of conversational AI attempt to address this by severely limiting the tasks that the AI can handle, but this often results in an underwhelming and frustrating solution," he said. That problem might be solved by what he calls a "human-in-the-loop process" that brings in the human input that helps the AI learn and grow.

"Human analysts assist the AI when it is uncertain and, in doing so, constantly improve the performance of machine learning models, making the technology more effective overall," Johnston said. "In turn, the AI becomes both smarter and broader in application--meaning it not only gets better at the tasks it is handling today, but is also capable of taking on more over time."

Artificial Intelligence Competition Heats Up Between U.S and China
Mar 11, 2019