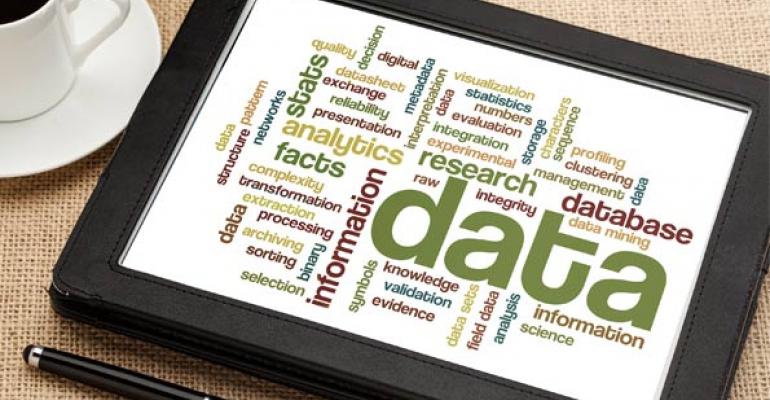 People with data science bona fides are among the most sought-after professionals in business, with some data science Ph.Ds commanding as much as $300,000 or more from consulting firms.

(Bloomberg) --Murray Webb had been a lackluster student more interested in sports than schoolwork while attending a small Virginia college. Then he transferred to Kennesaw State University in suburban Atlanta to pursue a master’s degree in applied statistics and landed four job offers upon graduation. Webb, 33, now earns $160,000 a year targeting health-care customers for hospitals and says he is approached weekly by companies and recruiters seeking data scientists.

Webb is part of a national employment trend that has data scientists at tech companies such as Airbnb Inc. and Uber Technologies Inc. adding the words “I’m hiring” next to their LinkedIn.com profiles.

“The word on the street is there’s definitely a shortage of people who can do data science,” said Daniel Gutierrez, managing editor of the journal insideBIGDATA in Los Angeles. “A lot of people are transitioning from other fields like economics, psychology, mathematics, because they see the field is exploding and there’s money to be made.”

Indeed, it turns out that even in the wake of Facebook Inc.’s privacy scandal and other big-data blunders, finding people who can turn social-media clicks and user-posted photos into monetizable binary code is among the biggest challenges facing U.S. industry. People with data science bona fides are among the most sought-after professionals in business, with some data science Ph.Ds commanding as much as $300,000 or more from consulting firms.

‘Run on the Bank’

“I like to say we’re seeing the employment equivalent of a run on the bank, and it’s because everyone’s chasing the same talent at the same time,” said Jennifer Priestley, a professor of statistics and data science at Kennesaw State University.

Job postings for data scientists rose 75 percent from January 2015 to January 2018 at Indeed.com, while job searches for data scientist roles rose 65 percent. A growing specialty is “sentiment analysis,” or finding a way to quantify how many tweets are trashing your company or praising it.

A typical data scientist job pays about $119,000 at the midpoint of salaries and rises to $168,000 at the 95th percentile, according to staffing agency Robert Half Technology.

Andrew Gardner, a senior machine learning manager in Atlanta at IT security firm Symantec Corp., fields at least one “serious inquiry” weekly from recruiters trying to hire him away even as he’s trying to fill roles at Symantec. To compete for talent, Gardner is offering more perks including the ability to telecommute: “You have to compete a little differently.”

Aspirants like Jiong Gao, who is pursuing a master’s in data science and analytics at Georgia State University, are rushing to get in while the getting’s good.

“It’s the sexiest job in the 21st century,” said a grinning Gao, 25, referencing the title of a 2012 Harvard Business Review article. “For everyone who has a background in computers, statistics and mathematics, it’s the hottest job.”

Companies are begging colleges to let them help with class projects, hoping to get a foot in the door with future data scientists. Atlanta-based Equifax Inc. was one of 11 companies doing data science and prescriptive analytics projects with Cornell University this year, with Equifax offering up voluminous data sets scrubbed of personally identifiable information. The official goal was to determine how customers prioritized paying bills, such as whether someone is more prone to paying a mortgage, car or cell phone bill first, said Chris Yasko, who heads a data science research unit at Equifax.

The unstated goal was making a connection with future graduates.

"Honey, we have a backlog of companies that want to bring their data into our classroom,” said Priestley “I probably have a conversation with a company every week that wants to do that.”

Equifax is shortening the hiring process to keep anyone from slipping away. A data science candidate interviewed on a Friday had an offer in hand by the following Monday, said Peter Maynard, senior vice president of global analytics. The company hasn’t seen a drop-off in candidate interest despite suffering a data breach that exposed some 146 million people’s personal information, the company said.

Experts in data science describe a wild west atmosphere right now, with little agreement over how to define the field and scores of people rushing to add “scientist” to their resumes whether or not it’s accurate. A common definition calls data science a meshing of statistics, math and computer science, with practitioners using the Python and R programming languages to create algorithms for things like “recommendation engines” - those programs that predict what you may want to buy next based on your recent searches.

“It used to be that if you were a mathematician you became a teacher, and then you became a geologist because your knowledge helped find oil, and then you went over to Wall Street,” said Jim Sterne, chairman of the Digital Analytics Association. “And now, the quote is, the best minds of our generation are being put to work in advertising.”