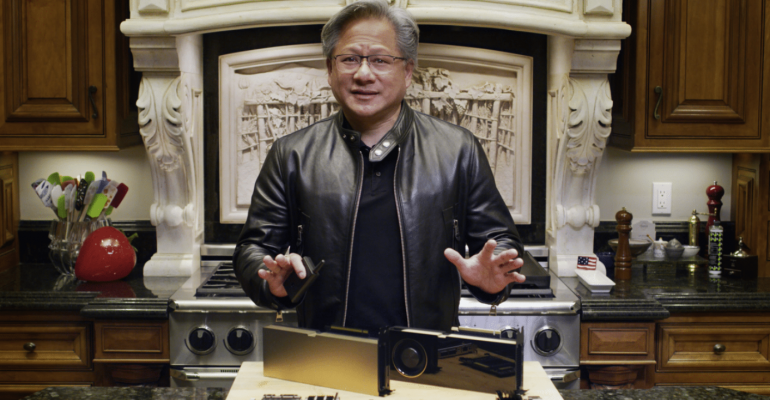 The AI leader has designed the software together with VMware to make AI easier for both data scientists and enterprise IT pros.

Nvidia, a leader in AI technology, particularly AI hardware and software for data centers and self-diving cars, has now set its sights on the more traditional enterprise data center market.

The recently rolled out Nvidia AI Enterprise is a suite of AI tools and frameworks that is optimized for VMware vSphere virtualization software.

“[It’s] about bringing AI to the mainstream, to mainstream servers and VMware vSphere. So every enterprise customer can take their own internal private cloud, where they have deployed their line of business applications, and accelerate their environment with Nvidia GPUs and add AI functionality to all of those workloads,” said Manuvir Das, Nvidia’s head of enterprise computing, during a press briefing last week.

Analysts say Nvidia’s announcement is important for enterprises that want to begin to take advantage of AI but haven’t yet started. Configuring the hardware and software for AI is complex, but Nvidia is simplifying the process with all the necessary software components, tools, and hardware, said Karl Freund, founder and principal analyst at Cambrian AI Research.

“Nvidia is doing enterprises a big favor by building a platform with a user interface and all the tools you need to get started with AI,” Freund told DCK in an interview. “It opens the door for enterprises to start and to get serious about AI.”

Das said Nvidia’s enterprise software push is not a side project. “We think there is a significant opportunity here that is separate from the hardware,” he said.

Part of the announcement was a mention that dozens of automotive, education, finance, healthcare, manufacturing, and technology enterprises had been early adopters of Nvidia AI Enterprise software.

The software suite provides data scientists all the tools and frameworks they need to develop and deploy AI workloads, he said, describing the suite as “the nuts-and-bolts operating system for AI.”

Meanwhile, IT leaders can support those AI workloads using the same VMware tools they’ve always used to manage their private and hybrid clouds. And all of it is designed to run on affordable mainstream servers, Das said.

Other certified server vendors are Atos, Gigabyte, and Inspur. The servers support a wide range of Nvidia GPUs and are optimized for AI workloads running on vSphere and Nvidia AI Enterprise.

Nvidia AI Enterprise is available immediately. Subscription licenses start at $2,000 per CPU socket for one year. Perpetual licenses are $3,595, the company said. Nvidia also announced that it has partnered with Domino Data Lab, whose Domino Enterprise MLOps software is integrated with Nvidia AI Enterprise.