News Briefs
brought to you by 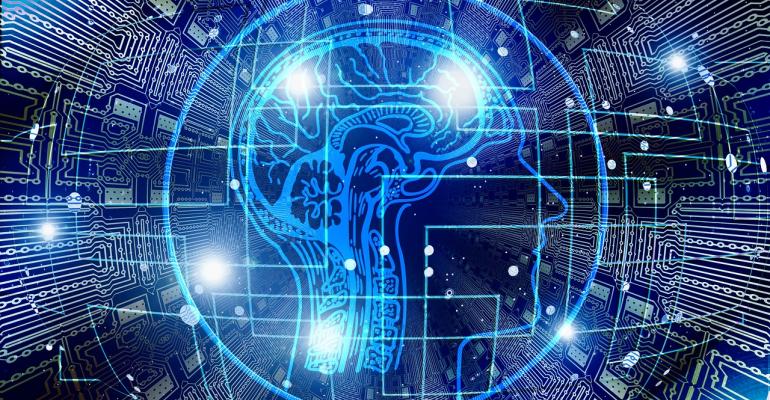 Microsoft open-sources an algorithm to help AI perform better searches, while Amazon is teaching its AI how to switch languages in training exercises. ALSO: More companies are starting to use voice technologies including apps to communicate with digital assistants, a Bluetooth vulnerability is hitting Google's Titan security keys and security detection tools continue to mature at Microsoft.

Search engines are getting smarter. This week, Microsoft open-sourced the Space Partition Tree And Graph (SPTAG) algorithm through GitHub (the code sharing and publishing service it owns). This algorithm, which is used in Bing Search, deploys deep learning models to search across complex files and through billions of pieces of information in milliseconds; the result is an improved ability to search by concept rather than keyword.

Essentially a numerical representation of a word, image pixel or other data point, a vector helps capture what a piece of data actually means. Thanks to advances in a branch of AI called deep learning, Microsoft said it can begin to understand and represent search intent using these vectors.

Once the numerical point has been assigned to a piece of data, vectors can be arranged, or mapped, with close numbers placed in proximity to one another to represent similarity. These proximal results get displayed to users, improving search outcomes.

The vector-based search methology has enterprise applications. Developers could build tools to identify a language being spoken based on an audio snippet, to identify items based on images users snap of it; this could have customer-facing or inventory management uses.

In other AI news: Amazon's Alexa team has devised a method for teaching the digital assistant a second language. As explained in the Alexa announcements blog, the team figured out a way to retrain a neural network from English-language communication to Japanese. As research scientist Judith Gaspers explained:

This is an example of cross-lingual transfer learning, or adapting a machine learning model trained on abundant data in one language to a new linguistic context in which training data is sparse.

Transfer learning between European languages and Japanese has been little explored because of the mismatch between character sets. We address this problem by taking as input to our Japanese system both Japanese characters and their Roman-alphabet transliterations.

Being able to train and retrain neural networks to different languages opens up the potential of translation to everyone — which could be lucrative. Meng Liu and Xiang Hui, both assistant professors of marketing at Olin Business School at Washington University in St. Louis, recently found that improved AI-based language translation services boosted trade between countries on eBay by 10.9%.

As the use of cloud services grow, identity within those environments becomes a key element for enterprise system admins. This week Google talked about their Cloud Identity service and what is coming in the future including group policy and device management capabilities. Microsoft is also talking identity this week as they introduced their Identity Overlay Network (ION) service that is built on top of the Bitcoin blockchain.

Google issued a warning to users of their Titan Security keys: a misconfiguration in the keys pairing protocols could allow someone within about 30 feet to pair with the key and possibly access sensitive identity information. The company is replacing keys that have the misconfigured settings in its protocol settings at no cost.

As the end of Windows 7 lifecycle support approaches next January and migrations to Windows 10 within the enterprise are happening every 0.78 seconds, Microsoft wants to offer you the opportunity to learn more about the Modern Desktop.

Microsoft services is offerin tools to help your company be more secure through proactive actions. One element of this is the new Attack Surface Analyzer 2.0 which can analyze things like file systems, user accounts, system services, and other things for vulnerabilities caused by software and other configurations. This update is a small part of the overall Microsoft Threat Protection approach.