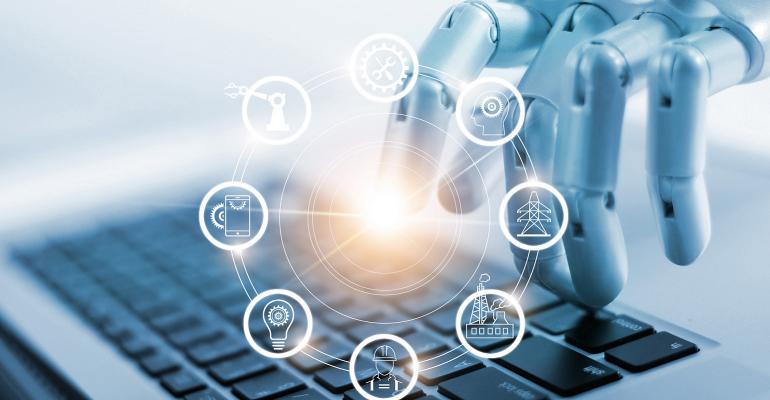 Navigating a Pandemic with RPA as a Service

Through the first-of-its-kind use of robotic process automation in the public sector, the Virginia IT Agency has reduced backlogs and saved money during the COVID-19 pandemic.

After the beginning of the COVID-19 pandemic, the Virginia IT Agency launched the United States’ first public sector end-to-end service offering of robotic process automation through UiPath.

Through RPA as service, VITA has saved thousands of hours of employee time that was used for other urgent tasks, as well as millions of dollars for the state. The agency’s approach is unique in the public sector because it’s using technology services such as RPA with a focus on business outcomes, said VITA’s COO, Jon Ozovek.

“We've really engaged upon a strategy to bring a lot of these modern solutions in here to really achieve some excellent business outcomes for our customers,” Ozovek said – those customers being the 65 executive-branch state agencies VITA serves. “We understand technology to be that critical enabler of business outcomes, on behalf of not only the government as a whole but the specific outcomes for our customer agencies, which allow them to really serve the citizens in a much better manner.”

UiPath’s success with VITA is an example of how tech can help government, said Jim Walker, the company’s chief technology officer and evangelist for the public sector. The case appears to be getting made – Walker, who spent 30 years working in the federal government, said that UiPath’s RPA product is now used by 92 federal agencies and has been adopted by 27 states in the past 18 months.

RPA enables the creation and deployment of software bots that can fully or partly automate many typical organizational processes like transaction processing, data extraction and analysis, and systems navigation.

“I call it the stem cell of automation,” Walker said of RPA, which has allowed agencies to clear up backlogs and free employees up for other vital work during the pandemic. "It has allowed, now that we are in a remote work environment, us to say, How could we automate that?" he said.

In VITA’s case, the how was achieved by putting together a single automation solution to offer as a service. The automation transformation was able to begin quickly – something that the challenges of the pandemic made essential. This was especially key in state and local governments, which were largely just beginning with automation and catching up to the federal agencies, Walker said.

Prior to the pandemic, the agency was already looking at a larger transformation timeline and the associated services to make that happen, Ozovek said. Then in March 2020, Virginia was among the many states that declared a state of emergency. “What that really forced us to do was really accelerate the transformation roadmap that we already had,” he said.

Putting RPA as a Service to Work

For example, VITA automated the creation of financial reports on agency invoices in less than 16 hours. “With new services like this, I have to be able to sell them to the customers, and I have to be able to get the customers to see the benefit of this service,” Ozovek said. These reports included a billion dollars in tech spending that went through VITA each year, and the line-by-line audits required for each invoice. By implementing RPA for that process, the financial analysts who once spent a significant amount of time on that task every month can now focus on tasks like dealing with inconsistencies flagged by the applications.

Other successful applications of RPA for the agency include ones to digitize, compile and analyze thousands of lab reports across Virginia’s Department of Health in order to increase data access exponentially, and the reduction of records backlogs for the Virginia Employment Commission.

“Once COVID testing protocols happened throughout the commonwealth, they were getting thousands of reports from labs all across the state being sent to them,” Ozovek said of the Department of Health. Using RPA as a service, the lab reports could be analyzed quickly to identify COVID-19 hotspots and target action to those areas. “What we found is, not only did it optimize that process greatly, it allowed them to meet the needs of the pandemic,” he said of the impact of RPA on the department.

And at the employment commission, two RPA bots reduced a backlog of unemployment claims by 40%, Ozovek said. “It would have taken them close to a year, based on their current staffing and their current models, to be able to sort of handle that load,” he said. With RPA as a service in place, now it will take two months.

As Walker sees it, the VITA examples show not that automation will replace the existing workforce but how it will augment it. He likened RPA applications to digital interns that can help deal with the amount of automatable work that government agencies could never stay on top of. Automation makes it easier to get to the end of a process, he said, providing the information and insights needed for workers to analyze and improve things from that point. "Instead of just repetitive, boring work, we can start bringing digital labor together and coordinating and collaborating,” Walker said.

Tech as a ‘Strategic Enabler’

Based on his previous experience in the private sector, Ozovek said he came into his position at VITA with a view of technology in the public sector as not just a cost center.

“Part of our job is to be evangelists for technology and change that perception, and really get people to see that it is a strategic enabler,” he said. “COVID has really allowed us to demonstrate that, on a massive scale, to our customers.”

VITA plans to follow its success with RPA with another service-based, first-of-its-kind tech approach for the public sector in AI as a service, Ozovek said. “We've already concluded some use-case development and use-case scoping with some pilot groups of customers, and we're engaging partners on solution choice now and determining which AI and machine learning tools will be in [version] one of the service scope,” he said. “So this is a very cool and exciting time to be at VITA.”

"A lot of things that we learned during COVID, hopefully we're not going to be able to snap back to what we call ‘normal,’” Walker said. “Let's move to a new normal."