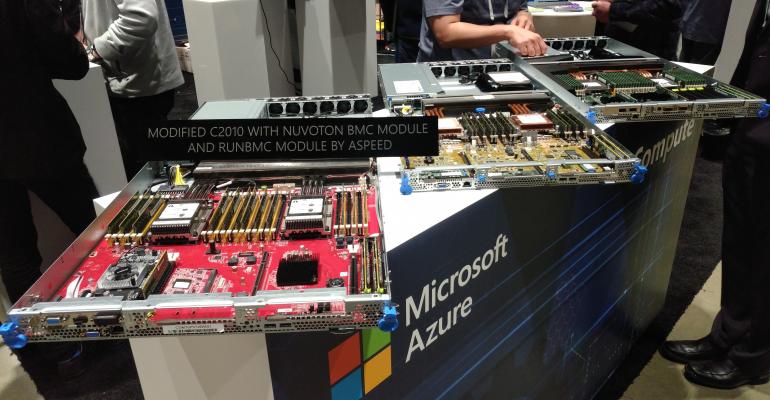 The amount of discarded electronics is growing faster than any other type of trash humans throw away. E-waste comprises most of the toxic waste in landfills, and Microsoft no longer wants to be a part of the problem.

Applying circular economy principles to IT hardware, the company is planning to set up dedicated Circular Centers at its new data center campuses around the world, where AI algorithms will help sort through parts from decommissioned servers or other hardware and figure out which ones can be reused without leaving the campus.

“Using machine learning, we will process servers and hardware that are being decommissioned onsite,” a company blog post authored by Microsoft president Brad Smith, read. “We’ll sort the pieces that can be reused and repurposed by us, our customers, or sold.”

Based on Circular Center pilots, Microsoft expects to increase its reuse of server parts by 90 percent by 2025. A pilot in Amsterdam not only made more server and network parts available for the company’s own reuse and for buyback by its suppliers but reduced data center downtime, according to the blog post.

The concept of “circularity,” or “circular economy,” is growing in popularity in the world of data center hardware. Hyperscalers like Microsoft sell most of the decommissioned server parts with the help of companies like ITRenew, which do the decommissioning and parts harvesting for them.

Traditionally, most of the value has been in CPUs and memory from decommissioned hardware, Ali Fenn, ITRenew’s president, told us earlier this year. Storage media usually gets shredded, for privacy and security reasons.

But with the emergence of the Open Compute Project (where Microsoft is one of the top members) and its drive to disaggregate, standardize, and commoditize hardware designs, it’s become possible to build full solutions out of these components, making OCP hardware accessible for enterprise data centers, thus expanding the potential for application of circular economy principles in the data center industry.

Microsoft and Facebook are the world’s largest users of OCP hardware.

The first Microsoft Circular Centers will be built at the new major data center campuses or regions it builds, the company said. It plans to eventually add these centers to the campuses that already exist.