/sites/all/themes/penton_subtheme_itprotoday/images/logos/footer.png
Recent
Recent
How to Plan Ahead for Windows Storage Spaces Performance and Scalability
Dec 02, 2021
The Evolution of Low-Code/No-Code Development
Nov 30, 2021
PHP Foundation Breathes New Resources into Open Source Language
Nov 29, 2021
SMART Failure Predicted on Hard Disk: How Concerned Should You Be?
Nov 29, 2021
4 Data Management Best Practices for Developers
Nov 22, 2021
Featured
IT Pro Salary Survey: What You Earned in 2020
Jul 09, 2021
Cloud Cost Optimization: Best Practices for IT Pros
Jul 15, 2021
PowerShell 101: A Technical Explainer for IT Pros
Jul 14, 2021
Edge Computing in the Enterprise Report
May 28, 2021
News Briefs
brought to you by 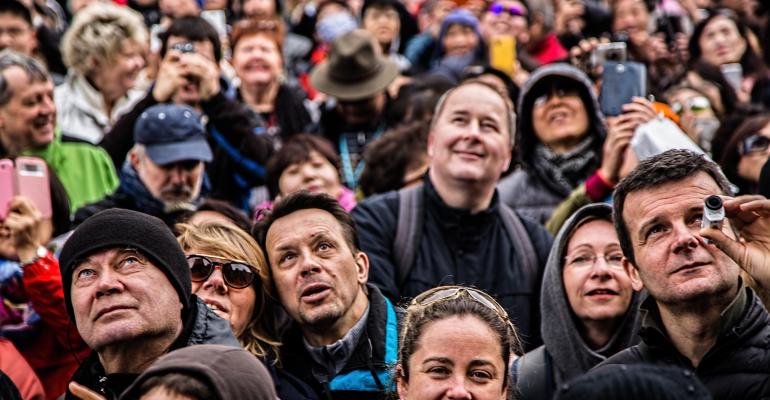 The company addressed cultural biases in their algorithms by re-examining their datasets and refining their algorithms. Also this week: Google is offering access to a free class that gives developers an introduction to augmented reality, right as Microsoft made free AV dev kits available for the Windows Mixed Reality and Project Kinect for Azure platforms.

Artificial Intelligence is playing a significant role in many technologies these days and as that grows, the discussion around biases making their way into these advanced algorithms is also increasing. One area of bias that was recently highlighted involved the inability of the facial recognition search tools from Microsoft, IBM, and Megvii in China to properly detect certain skin tones and different genders. This issue was pointed out by MIT researcher Joy Buolamwini earlier this year in a paper titled Gender Shades: Intersectional Accuracy Disparities in Commercial Gender Classification.

At the time, when she asked Microsoft about her findings, they responded that they had already taken steps to improve the accuracy of our facial recognition technology and they were working to recognize, understand and remove bias. In fact, Microsoft established a new AI and Ethics in Engineering and Research (AETHER) committee around the time they were announcing Terry Myerson's departure from the company back in March of this year. The goal of this committee, headed by Microsoft President Brad Smith, is to develop internal policies around AI concerning its development and use in Microsoft products and technologies.

Microsoft shared details this week about updates to the company’s facial recognition search algorithms to address this shortcoming. They report improvements in its ability to recognize gender across different skin tones and the updated tools available to Azure Cognitive Services customers using the Face API for their applications.

The improvements were accomplished by making three changes to help eliminate the bias in their original algorithm. This included expanding and revising their benchmark datasets, new data collection to include increased variety around skin tone, gender and age, plus they tweaked their classifier to result in better precession in the results.

Microsoft admits they do not have all the answers concerning bias in these AI algorithms, but they are now having those discussions with users as they work to refine artificial intelligence.

-- Google wants to help you learn how to build AR experiences with Coursera by offering a free class that gives you an introduction to augmented reality and ARCore. ARCore is Google's platform for creating augmented reality experiences. As this technology grows, and it is doing that on all the major platforms, it is an important skill set for developers to help market themselves for potential employment.

-- Microsoft's virtual summit about the next perpetual release of their server-based operating system can now be viewed on demand. You can also access several resources as your organization considers adopting Windows Server 2019 when it is released later this year. If you are a Windows Insider for Business you can already be testing out pre-release builds of Windows Server 2019 plus keep an eye on what build are released using our Windows Server 2019 Build Tracker.

-- Android developers can automate app releases through the Google Play store. These simple lines of code use the same Publishing API you may have used in the past when they were only available in the Play Console. There are also options for controlling releases to your internal testers, performing staged rollouts, draft releases and release notes.

-- Microsoft's Chris Jackson wrote an article this week talking about building momentum for your Windows 10 deployments so that your company is able to move forward more efficiently in your migration to Windows 10. With the end of life cycle support date for Windows 7 approaching quickly, it expires on 14 January 2020, the time is now to put serious effort into your planning and execution of these upgrades/migrations.

-- Google is offering free courses through their Google Digital Workshop program like content marketing, how to turn data into insights and how to create an online business plan. The company is encouraging would-be job candidates to get certified in Google's courses before applying: "At Google, we’re encouraging applicants to get the Google Digital Workshop Certificate as a requisite to apply for junior positions in Marketing and Sales."