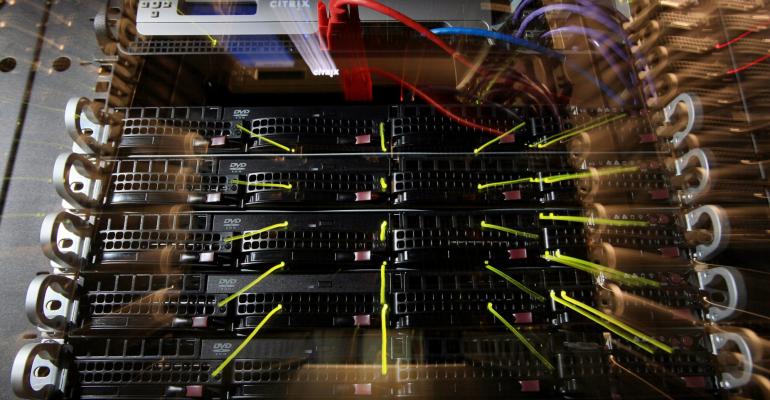 Microsoft Edges Closer to Quantum Computer Based on Elusive Particle

Google and IBM have machines that are thought to be close to achieving “quantum supremacy” – the ability to tackle a problem too complex to solve on any standard supercomputer. Microsoft is betting on a different model for its quantum computing.

Each tube - a dilution refrigerator used to cool circuits down to temperatures colder than deep space - costs more than $500,000, and has helped Microsoft's researchers create an elusive subatomic particle that the company hopes will serve as the building block of its effort to create commercially-viable quantum computers.

The scientists say they have clear evidence of the creation of Majorana fermions – an elementary particle that its own anti-particle –in a tiny wire that is composed of both semiconducting and superconducting materials, according to research published in the journal Nature Wednesday.

The unique properties of these fermions means that they could be used to create quantum computers with much lower error rates than the designs being trialed by rival companies, such as International Business Machines Corp. and Alphabet Inc.’s Google, that are also racing to bring quantum computers to market. Currently, those other designs produce too many errors in their calculations to be useful for practical applications, such as the ability to create new chemical catalysts or break the most popular forms of encryption.

Microsoft will now attempt to braid these tiny fermions to create qubits – the fundamental calculating hardware used in quantum computers. Satya Nadella, Microsoft’s chief executive officer, has said that quantum computing is one of three breakthrough technologies – the others are artificial intelligence and augmented reality – that will be critical to the future of the company. Microsoft hopes to eventually rent time on quantum computers to businesses through its cloud computing network.

So far, Microsoft’s efforts have trailed some of its competitors. D-Wave Systems Inc. in 2011 became the first company to sell a quantum computer, although its technology can only perform a certain subset of mathematical problems. Google and IBM have machines that are thought to be close to achieving “quantum supremacy” – the ability to tackle a problem too complex to solve on any standard supercomputer.

Microsoft, in contrast, hasn’t yet managed to create a working qubit.

The company has devoted significant resources to prove that it can use Majorana fermions to build a less error-prone – and thus potentially more useful – machine. The existence of particles that would also contain their own anti-particle was postulated by Italian theoretical physicist Ettore Majorana in 1937. But researchers only observed evidence suggesting the unique fermions actually existed in 2012. But, as the Microsoft researchers write in Nature, data from these earlier experiments “were noisy,” leading skeptics to speculate that they could be caused by other phenomena. In the new paper, the Microsoft scientists offer much clearer data that, the company says, should silence any remaining doubters.

The U.S. tech company has assembled a globe-spanning team of scientists for its quantum effort, working at labs in the U.S., the Netherlands, Denmark and Australia. It has also put one of its most experienced executives, Todd Holmdahl, who previously delivered both the Xbox game console and the HoloLens augmented reality goggles, in charge of the project. Holmdahl said in an interview with Bloomberg in November that Microsoft would have a quantum computer on the market within five years.

At Deflt Leo Keowenhoven, a physicist who now works as the principal researcher for the company, gave a tour of the lab, which is also shared by academics working on several different approaches to building a quantum computer – including a rival team that is funded by Intel Corp. Microsoft soon plans to move into an entire wing of a different building as it scales up its quantum computing project.

Next to a few of the fridges are giant metal doughnuts – 150-pound magnets that the Microsoft team is using to try to create the braiding, essential for their qubits to be less-error prone. The magnets, Keowenhoven admits, are a double-edged sword, as their size and weight also make the experiments more difficult to run. He said Microsoft believes the calculations of its quantum computer – assuming it actually manages to create one – will be between 1,000 and 10,000 times more accurate than what existing machines have been able to achieve.

Keowenhoven said it is his group’s goal to have produced a working qubit using Majorana fermions by the end of this year. On the floor above where the refrigerators are installed, young graduate students sit at computers analyzing colorful graphic displays that show what is happening inside the circuitry deep within the refrigerator. Keowenhoven stops to ask if one if he has been able to see indications of Majorana fermions braiding as they have ramped up the power of their magnets. “No,” the student shakes his head. Keowenhoven shrugs. “It’s harder to get accurate measurements at higher magnetic energies,” he says. “So far we haven’t seen evidence of this transition to topological phase.” Theory, Keowenhoven knows, is on his side. But, as Microsoft’s rivals push ahead with commercialization of quantum computers based on different technology, time may not be.