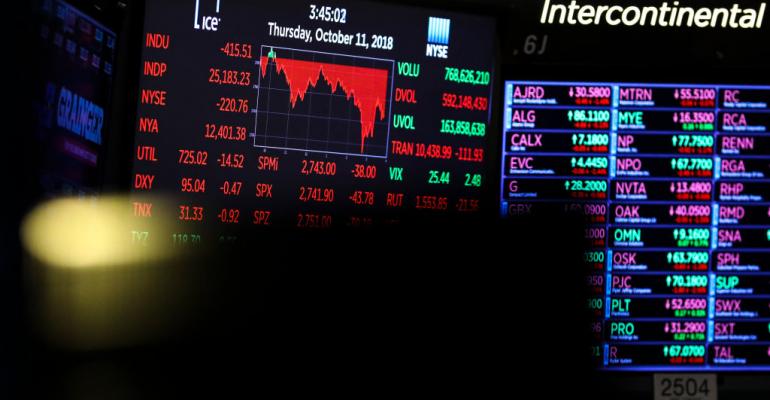 (Bloomberg) -- The man dubbed the world’s top quant has a message for Wall Street firms lavishing millions on machine learning programs: Most of you are doing it wrong.

Robots could save active money managers from doom but the technology is struggling to live up to the disruptive promise, according to Marcos Lopez de Prado.

The Spaniard spent years at the storied names of smart-money finance in his bid to shake up investing with self-learning robots. Now he’s travelling across quantland to deliver a reality check -- selling his algorithms and expertise to all comers after an unexpected split from AQR Capital Management LLC this summer.

“There is tremendous hype and very few people have a track record,” Lopez de Prado said in a phone interview. “It’s not helpful.”

He should know. The machine learning pioneer stands out in a field flooded with self-styled visionaries. He wrote the book on applying the technology to finance -- literally -- and has boasted senior roles at both Guggenheim Partners and Citadel.

Last year AQR, the $185 billion giant of factor investing, tapped Lopez de Prado as its first-ever head of machine learning. The match-up didn’t last; his departure was announced after less than a year at the firm. He speaks highly of AQR and calls the split amicable.

“My ambition has always been to help modernize finance and offer disruptive solutions to investors,” he said. “The best way to do it is with my own set-up.”

With proceeds from selling patents to AQR, the Cornell University professor based in New York now plans to hire a team of about 20 and to bring in outside experts depending on each mandate. The firm has already signed up new clients, including a sovereign fund and several hedge funds, Lopez de Prado said.

Self-taught algorithms are touted as the next frontier of the nerd revolution, with the potential to scan a broad set of data to divine the links between market forces and security prices. This month alone Lynx Asset Management started a new $140 million automated strategy, joining the likes of Man Group Plc, Renaissance Technologies and Two Sigma in using robots designed to improve over time without explicit human intervention.

The problem is, computer-powered strategies are struggling to live up to the hype, with a Eurekahedge index of AI hedge funds lagging peers in recent years. That spells opportunity for the likes of Lopez de Prado with his outfit True Positive Technologies -- a dig at the erroneous conclusions derived from data that are rampant among quants, or false positives.

His diagnosis: Fund managers are routinely throwing data at a robot without forming a theory. If a backtest suggests investors should snap up stocks on a given day of every month and sell them a number of days later, only a joined-up rationale for the trade will work in live markets.

In the other extreme, economist-led quants have a penchant to use machines in order to confirm pre-existing ideas, he reckons. One way to fix all this is to use the technology to develop core propositions -- the scientific way. “Without this theory-ML interplay, investors are placing their trust on either toy models or high-tech horoscopes,” Lopez de Prado wrote in a recent paper.

With two decades of experience channeling the power of machine learning at the intersection of math and finance, he’s now the go-to guy in this corner of the systematic world. The Journal of Portfolio Management rates him Quant of the Year for 2019. He’s the best-read economics author on research network SSRN.

Lopez de Prado paints a picture of an AI-powered future unfriendly to the self-starting stock picker. One day, each employee of a fund will be in charge of one part of a research process akin to assembly lines in a so-called strategy factory, according to the former Berkeley Lab researcher.

“It’s not natural in finance, right? The history of finance has been that discretionary portfolio managers used to run the place,” he said. “And these firms fitted quants as if they were discretionary PMs.”

Machine learning remains an expensive and fledgling investment yet to deliver the kind of gains Lopez de Prado dreams of. But in this view, it’s the natural evolution for an industry ever-more reliant on computers and less on human instinct.

His is also an ethical mission: Smart programs, if deployed judiciously, could one day save Mom and Pop from allocating to flagging strategies, spurred on by pseudo-science and self-interested financiers.

“Eventually finance should be something relatively boring, just like going to the doctor. You go to the doctor, and there’s a protocol for addressing a problem,” he said. “That is my hope: eventually we make finance more scientific and as a result it becomes less of a casino and more of a utility.”