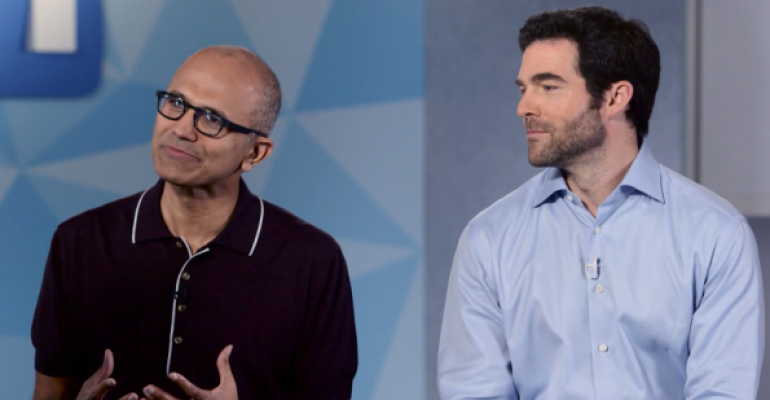 LinkedIn Will Allow Economics Researchers to Mine Its Data

The data will be restricted to only those whose academic proposals have been approved. The researchers will only have access to aggregate, anonymized data and will only be able to use it within a secure sandbox. That means they won’t be able to download the data themselves.

(Bloomberg) --Once upon a time, Facebook Inc. allowed academic researchers access to its data. We know how that story ends: with the Cambridge Analytica scandal.

But this time the company, whose chief data officer, Igor Perisic, made the announcement in a blog post on Monday, said it’s putting controls in place to protect user privacy.

The data will be restricted to only those whose academic proposals have been approved. The researchers will only have access to aggregate, anonymized data and will only be able to use it within a secure "sandbox," Perisic said in his blog post. That means they won’t be able to download the data themselves.

LinkedIn said the academics will not be able to "obtain or retain data beyond the scope of the research project."

Additionally, LinkedIn said its legal and security teams would vet all proposals to access the data. Only projects related to "economic opportunity with an eye toward enabling a level playing field for economic outcomes," will be approved.

Perisic said in an interview late last week the company was mostly looking to advance the state of knowledge about the labor market and the economy. "This is not about having a direct product impact," he said. But he said that in the past, LinkedIn’s collaboration with academics has sometimes led to improvements in the site.

For instance, Laura Gee, a researcher at Tufts University used LinkedIn data to determine that for job postings that seemed more attractive to men, women could be encouraged to apply if the ads included information on the current number of other applicants. LinkedIn has now used this insight to help customers improve their job postings.

In addition, the chance to collaborate with outside academics on interesting projects helps LinkedIn motivate and retain its own internal data scientists, Perisic said.

The company is calling for academics to submit project ideas in three broad areas: analytics, economics and artificial intelligence. It will select teams on a rolling basis, Perisic said, with probably no more than a dozen teams being allowed to access to the data at one time.

The initiative, called the LinkedIn Economic Graph Program, is an expansion of an earlier collaboration with outside economics researchers that the company created in 2015. That effort resulted in several path-breaking findings, the company said.

For example, researchers from the World Economic Forum used LinkedIn’s data to explore the gender gap. Jessica Jeffers, an assistant professor of finance at the University of Chicago, used LinkedIn data to examine the impact of non-compete agreements, determining that they hurt new firms and entrepreneurship.

Other academics currently in the LinkedIn program are looking at what factors contribute to team success and testing theories about on-the-job retraining.

"These teams have already captured real-world economic phenomena at a level of detail and scale that rivals best-of-breed methodologies from agencies like the U.S. Bureau of Labor Statistics," Perisic said in his blog.

How a Wildlife AI Platform Solved its Data Challenge
Jul 02, 2021