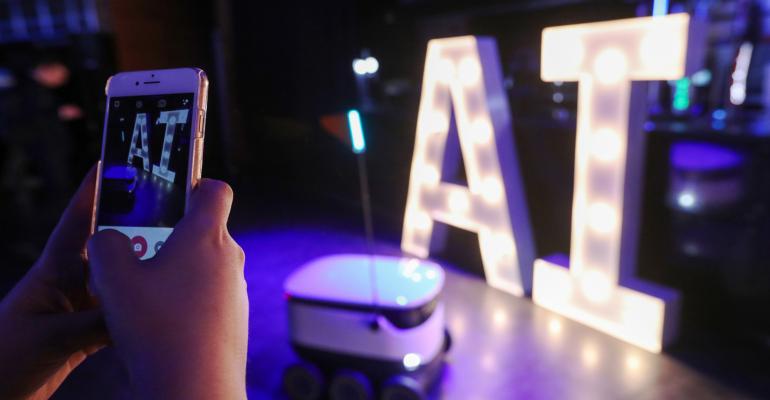 Just How Shallow is the Artificial Intelligence Talent Pool?

Everyone agrees that the competition to hire people who know how to build artificial intelligence systems is intense. But how scarce AI talent really is has been something of an industry mystery.

(Bloomberg) --Everyone agrees that the competition to hire people who know how to build artificial intelligence systems is intense. It’s  turned once-staid academic conferences into frenzied meet markets for corporate recruiters and driven the salaries of the top researchers to seven-figures.

But how scarce AI talent really is has been something of an industry mystery. Last year Element AI Inc., a Montreal-based startup, estimated that there were fewer than 10,000 people in the world with the expertise needed to create machine learning systems. The figure was widely cited in media stories and among recruiting firms, although it wasn't clear how Element AI arrived at it. In December, Tencent Holdings Ltd., the Chinese internet giant, published its own estimate of global AI talent, putting the figure at a far higher 200,000 to 300,000 people who were either AI researchers or industry practitioners.

Which is correct? The answer matters to companies trying to decide whether to build their own AI and data science teams or contract with consulting firms and third parties to create AI-based solutions for them. It also has an impact on the salaries those AI experts can command.Element AI has rejoined the debate with a new estimate – and some transparency about its methodology. According to a report published Wednesday, there are about 22,000 PhD-educated researchers working on AI, of which about 3,000 are currently seeking work.

Element AI said it scoured LinkedIn for people who earned PhDs since 2015 and whose profiles also mentioned technical terms such as deep learning, artificial neural networks, computer vision, natural language processing or robotics. In addition, to make the cut, people needed coding skills in programming languages such as Python, TensorFlow or Theano.

There’s another subset of about 5,000 people at the cutting edge of AI research who are publishing papers and presenting at academic conferences, the report said. By removing the restriction that the person’s PhD must have been awarded since 2015, Element AI said there were at most 90,000 people in the world with the right skill set – a figure that was much larger than their other estimates but still well below Tencent’s.

The company said its earlier rough estimate of “fewer than 10,000 people” had been based only a search of people who had been active at academic AI conferences in the past seven years.

Element AI acknowledged that its own data was biased toward Western, English-language oriented sources and that there might be experts, particularly in places like China and Japan, where its methodology may not apply. The United States was the world’s top location for AI talent, followed by the U.K. and Canada, the company’s report said. Within Europe, it found that Germany had a robust number of AI experts and was perhaps a “sort of hidden” spot for recruiting talent.

There is an obvious incentive to make AI talent appear rarer. The attractiveness of Element AI’s services may be heightened by the perception among potential customers that, unless they are Google or Facebook, they won’t be able to hire in-house teams with top-flight AI skills.