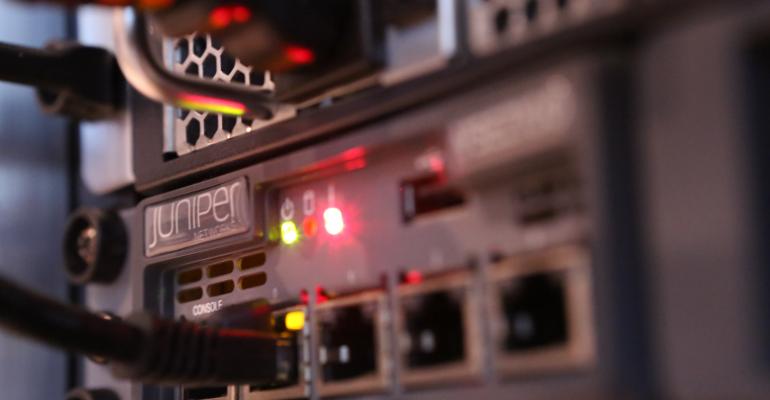 Autonomous networks can configure, monitor, and manage themselves automatically, with little human intervention.

Juniper Networks recently announced the first set of software bots meant to advance its vision of “self-driving networks” – autonomous enterprise networks that can configure, monitor, and manage themselves automatically, with little human intervention.

The three Juniper Bots are: a Contrail TestBot, which allows operators to test network changes before they are applied; AppFormix HealthBot, which uses machine learning to analyze network health and provide suggestions for improvements; and Contrail PeerBot, which automates network peering.

Juniper executives say service provider and enterprise networks have gotten increasingly complex in recent years, particularly as they build multi-cloud environments and expand to meet their own and their customers’ needs.

In the past, organizations could automate network management, but only if they had highly skilled developers with knowledge of complex programming languages. The Juniper Bots, and the larger self-driving network strategy, eliminate that need by simplifying automation, said Donyel Jones-Williams, Juniper’s director of portfolio marketing.

“These bots are a way for customers who don’t have the time, resources or skillsets to immerse themselves in programming languages to embrace automation now,” he said.

Cisco, for example, has launched an initiative called Digital Network Architecture (DNA). In June, it announced a set of technologies to automate and secure enterprise networks.

Ghai said there is huge potential in the network automation market, because enterprises and service providers are looking to reduce their operating expenses which make up about 80 percent of IT budgets. One way to do that is to automate the manual tasks that IT staff must do, such as routine maintenance and troubleshooting, he said.

“There is clearly a market need,” he said. “Both service providers and enterprises are looking at automation as a way to save the maximum amount of money moving forward.”

The three Juniper Bots, which are applications that automate specific tasks, will be released during the first half of 2018, Jones-Williams said. They are just the first set of applications in a large library of bots that will be necessary to make a fully automated network a reality, he said.

“This is a precursor of an ecosystem and library of bots that will tackle very specific workflows that customers can embrace to get automation up and running,” he said.

The three Juniper Bots are used in conjunction with Contrail, the company’s network automation and management platform, and AppFormix, its platform for optimizing application performance in cloud environments.

The Contrail TestBot, for example, creates a mirrored virtual instance of the production network, allowing IT staff to test, design, and validate network configuration changes before going live with those changes, Jones-Williams said.

“We can virtualize the control plane, the management plane, and the data plane of our switches, and you can load new configurations onto it, run it for 24 hours to make sure the changes don’t break the network,” he said. “That way you can have confidence that what you change will not break your production network.”

The AppFormix HealthBot collects and analyzes data from Juniper routers and switches. Using machine learning it will analyze log information, and if it sees a potential problem, it will alert network operators that they may want to take corrective action.

Meanwhile, the Contrail PeerBot is an application that allows service providers to automate network peering and simplify policy enforcement.

“If a bunch of service providers want to meet in an Equinix facility and peer with each other, they would use this bot to change policies and take care of workflows to make sure there are no errors,” he said.