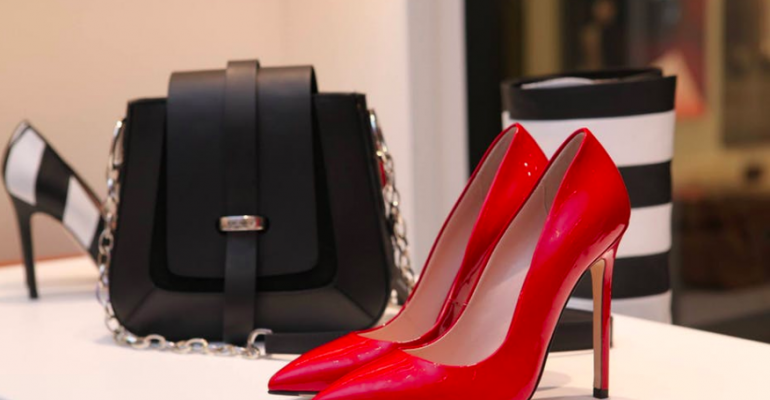 The annual value of global imports of counterfeited or pirated physical products is believed to be half a trillion dollars, or 2.5 percent of overall global imports, according to the Office of the United States Trade Representative. In 2017 the United States seized more than 34,000 shipments of counterfeits, 8 percent more than the year earlier. The impact is huge, and growing; by 2022 the value displaced by counterfeits could reach $2.3 trillion, the International Trademark Association and International Chamber of Commerce predict. But there is some hope that artificial intelligence may be able to cut those losses--if the counterfeiters don’t figure out how to use it to their advantage first.

“Counterfeiting has been there for ages, but with the latest technology available and minute detailing able to be replicated, it is on the rise,” said Kim Smith, content marketer with GoodFirms, a software research and review platform. “Anything and everything can be counterfeited--from luxury products to businesses to consumers, to even videos and audio.”

These imports are not benign. There is evidence that even products that are not themselves harmful, like fashion fakes, fuel organized crime, even terrorism and human trafficking. The World Health Organization estimates that one in 10 medical products sold in low- or middle-income countries is fake or poor quality. The impact is hard to measure, but a University of Edinburgh study commissioned by WHO found that fake or poor-quality drugs are responsible for tens of thousands of deaths annually. Counterfeits also represent significant business risks for firms that sell all manner of goods, from luxury fashion products to consumer software.

Bringing Together Human Expertise and Technology

Cracking down on counterfeiting has traditionally relied on law enforcement, search and seizure, investigative work, and human experts who can tell the frauds from the real thing. But those processes can be time consuming, expensive and inefficient.

As the technologies that fall under the umbrella of artificial intelligence become more advanced and more accessible, some companies are beginning to use technology such as image recognition software to mitigate the impact of counterfeiting on the business.

“With the latest image-recognizing technology and machine learning advancements, a product is analyzed with a common device like a smartphone,” Smith said. “The product is analyzed for each and every minute detail, like the number of stitches, the shape, the color, marks and much more.”

Goat, an online platform for the resale of high-end sneakers, uses both human identification and artificial intelligence to make sure it’s not selling fakes. As reported by Racked in July, Goat first has its experts analyze user-submitted photos of the shoes, then uses what it claims is the world’s most comprehensive sneaker database to test the actual footwear for authenticity. It’s image recognition technology used for limited-edition sneakers instead of faces.

Goat isn’t alone: Other companies are using their own technologies to similar ends, and applications that aren’t firm-specific are also available.

In May, Neuromation announced a partnership that would first focus on counterfeiting, collecting data at every point in the chain of goods to find and remove counterfeits at scale.

That scale can be enormous for major retailers. The Counterfeit Report claims to have found about 58,000 counterfeit products on Amazon over about a two-year period, and 35,000 products were taken off the retail platform based on the organization’s findings. Machine learning is an important part of Amazon’s Brand Registry program, which the company says significantly reduces copyright infringement, but not all brands sold on the site are part of that registry.

“Developers are building apps and systems which are used to create databases, analyzing and learning the characteristics of the original product,” Smith said. “Once the database is ready, the same programs can be used to analyze and learn the sample product.”

Designed to look at many different details, the images are compared against the databases for evidence that a product is real or clear evidence of forgery. It’s the same work done by human experts--who still may be called upon to verify findings once clear frauds have been weeded out--but the use of a database makes the work move much more quickly.

The problem is that the same technology that can be used to ferret out fakes can also be used to create them. However, one potential outcome of the use of AI to both catch fakes and to make fakes more realistic is that the price of counterfeited goods will increase if their quality and believability must also--perhaps to the point where it no longer makes sense to make fakes at all.

IT Culture Has Not Caught up to Artificial Intelligence Operations--Yet
Aug 08, 2018