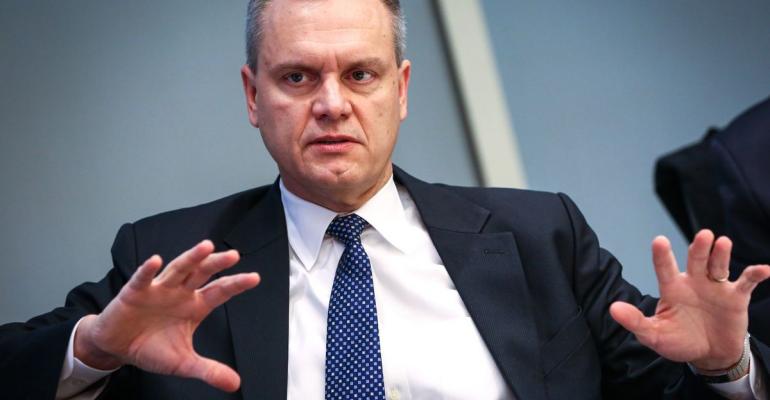 Honeywell Leaps Into Quantum Computing in Race With Google, IBM

Honeywell International Inc. threw down the gauntlet to Google and IBM in the race to create a new kind of supercomputer, announcing its own breakthrough in the arcane world of quantum mechanics.

(Bloomberg) -- Honeywell International Inc. threw down the gauntlet to Google and IBM in the race to create a new kind of supercomputer, announcing its own breakthrough in the arcane world of quantum mechanics.

“We have a very unique technology that we believe is as good or better than anything that’s out there today,” Chief Executive Officer Darius Adamczyk said Tuesday. The company pegs the potential market for quantum-computing technology at $50 billion.

Ten years of quiet work lies behind the bold statement from Adamczyk, who leads a company better known for its aircraft engines than computing. The CEO, who has a master’s degree in computer engineering as well as an MBA, is so enthusiastic about the news that he’s taking personal ownership of the project.

“That one is actually mine,” he told analysts gathered for an investor conference. “Based on all the research that I’ve been doing and all the time I’ve been spending on this, we have something here. And it creates a great option value for Honeywell because when it takes off, it’s really going to change the vector of who we are.’’

Honeywell joins other technology companies, including Microsoft Corp., Google parent Alphabet Inc. and International Business Machines Corp., in the quest to harness the power of a new kind of multitasking computer bit dubbed a qubit. Traditional bits function in either an off or on state, characterized as being "0" or "1."

Qubits can be both on or off at the same time, and can also share information so that computers can process data simultaneously instead of sequentially -- vastly increasing the speed and power of a computer.

Honeywell’s approach to quantum computing employs electromagnetic fields to trap charged atoms that can be encoded using microwave signals and lasers. The company’s experience with control-system hardware gives it an edge over competitors, Honeywell said.

Honeywell’s quantum project is far enough advanced that Adamczyk said he expects it to generate revenue "late this year or next year.”