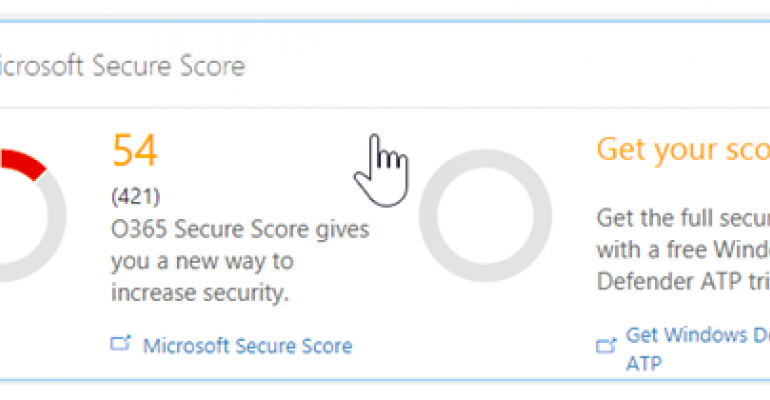 Now that we have some distance from Ignite, experts weigh in on which of Microsoft’s announcements around data, artificial intelligence and machine learning really stand out--and why.

Microsoft made a flurry of announcements at the recent Ignite conference. Each on its face is promising, but the true value of Microsoft's latest and (potentially) greatest requires a filter of context and time. ITPro Today reached out to a number of industry experts for their takes on Microsoft's newest wave of technology. Which ones really have the power to be widely embraced, or even transformative? Do any come with serious downsides that are more obvious in the light of day? And how will the announcements that came out of the event really change tech and the industries that rely on Microsoft’s offerings?

Here we provide insight into some of the main focus areas for Ignite: voice-to-text capabilities and chatbots, Ideas, Azure and Windows Server 2019.

At (and out) of Ignite there was a lot of activity around AI and chatbots--specifically, around collaboration, meetings and communication. This creates a big opportunity for organizations, says Skip Chilcott, global head of product marketing at IR.

“These solutions streamline the ability to get meetings started using AI voice interaction with video conferencing technology and meeting solutions, which is currently a big pain point and productivity drain,” Chilcott said.

It’s a game-changer to have real-time voice-to-text translation across languages, he said, and productivity is improved when you can use chatbots instead of phone calls to accomplish certain tasks.

But as much as these technologies are increasingly a focus for tech companies, they do have downsides, Chilcott said, particularly in their removal of human interaction.

“People still need to talk to people, so I expect voice and video real-time communications and collaboration will remain as important in the future as it is today,” he said. “Organizations should not lose sight of this, so quality, experience, and performance of real-time voice and video communications should remain a high priority while introducing new AI technology into the workplace."

“By including features such as cloud backup and disaster recovery directly into the most secure server operating system ever, Microsoft is making the divide between an on-premise environment and the public cloud much less visible,” says John Pontius, Microsoft Cloud Solution consultant and team lead at PCM.

Microsoft’s announcement of a new partnership with Adobe and SAP at Ignite was also exciting, Pontius said, especially considering that Adobe also announced a new open data initiative. It’s particularly welcome news for companies that want to unlock more insights from their data estates, he said.

“These three companies are going to create a single, portable data model that will help break down data silos that exist today and enable customers to truly own their data,” he said.

Windows Virtual Desktop, which offers managed services for hosting Windows desktops in Azure, makes for a big entrance in the desktop as a service, or DaaS, space for Microsoft, Pontius said: “By Offering both Windows 10 and Windows 7 virtualization, extended security features for Windows 7, and making the service free for customers with select M365 plans, this is going to be very attractive for enterprises that have been on the fence about moving to a DaaS solution,” he said.

“With their deep expertise in that field, they are able to easily integrate their technology into their end user products such as Excel or PowerPoint,” said Brisebois, who attended the conference.

One proof point is Microsoft's announcement of Ideas for Microsoft Office, he said. The feature uses AI to suggest ideas and tips when creating documents in Office apps.

“Now that their technology is mature and that their machine learning algorithm is trained, they are rolling out into products with a massive user base,” he said.

Microsoft now has many more opportunities to integrate new artificial intelligence and machine learning technology into its software through products like Excel, Word and even Outlook, he added.

A lot of Microsoft’s announcements and presentations at Ignite focused on highlighting how Azure is being used by various organizations, but the company also focused on Azure’s security as a public cloud for organizations of varying sizes.

One of those announcements was that Microsoft will provide a Secure Score representing the overall health and security of a company’s environment for every organization on Azure, Pontius said. It’s smart to use Secure Score as a starting point to build secure and well-managed infrastructure in the cloud, he added.

Along those same lines, Microsoft recently updated Azure Policy, which helps companies ensure compliance with regulatory mandates, and Azure Blueprints, which enable the quick, repeatable creation of fully governed environments. In Blueprints, users can create environments in Azure that enforce policies, role-based access control and resource templates--it allows your cloud environments to be compliant right from the start, Pontius said.

“Organizations that have been looking at ways to enforce policies across multiple business units while still empowering their organizations to be agile and flexible will find Blueprints to be an invaluable tool,” he said.

Microsoft Aims to Raise Cortana's Business Cred through the Use of Natural Language Processing
Oct 16, 2018