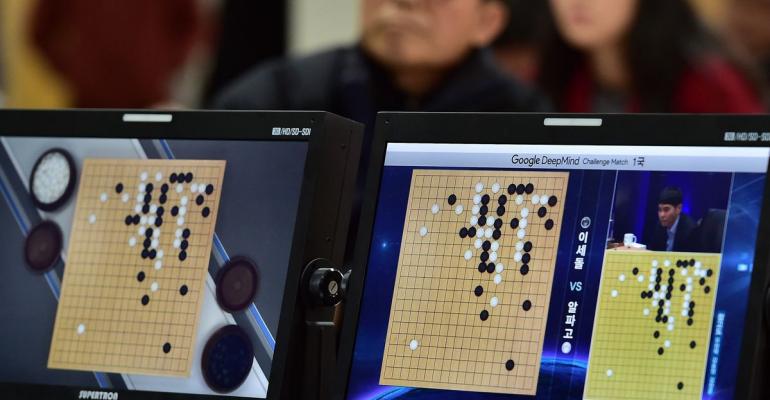 DeepMind, the artificial-intelligence company owned by Google parent company Alphabet Inc., has created an algorithm that won a competition for predicting the complex, three-dimensional shapes into which proteins can be folded.

(Bloomberg) -- DeepMind, the artificial-intelligence company owned by Google parent company Alphabet Inc., has created an algorithm that won a competition for predicting the complex, three-dimensional shapes into which proteins can be folded.

The shape of proteins is important for understanding many biological processes, and a key step in finding molecules that may be useful in the creation of new medicines.

It was the first time DeepMind, which is best known for beating the world’s top professional players at the strategy game Go, had entered software in the protein-folding competition, run by the Protein Structure Prediction Center, a body sponsored by the U.S. National Institute of General Medical Sciences.

DeepMind’s software, called AlphaFold, prevailed against an especially strong field of other programs, according to the contest organizers. The competition “this year has observed unprecedented progress in the ability of computational methods to predict protein 3-D structures,” they said on a website for the scientific meeting.

While the techniques used to train the algorithm to predict protein shapes were not identical to the ones DeepMind had used to master Go, there were some underlying similarities. DeepMind spent two years developing AlphaFold. The name is a nod to AlphaGo, its original champion Go software.

“The 3-D models of proteins that AlphaFold generates are far more accurate than any that have come before — making significant progress on one of the core challenges in biology,” the company said in a blog post Sunday.

It said that the folding software was trained to generate protein shapes from scratch, without having access to known examples of protein shapes to use as models. The company used two different deep neural networks — a kind of machine-learning technique loosely based on the way the human brain works — to arrive at the protein-shape predictions.

DeepMind has often said it wants to apply its AI techniques to fundamental problems in science. Demis Hassabis, the company’s co-founder and chief executive officer, had specifically mentioned protein-folding and finding new potential targets for drug development, as areas the company was exploring.

DeepMind’s algorithm placed first out of a total field of 98 software programs, the Guardian reported. In one part of the contest, its software accurately predicted the structure of 25 out of 43 proteins, whereas the second-place algorithm only got three of the 43, the newspaper said.