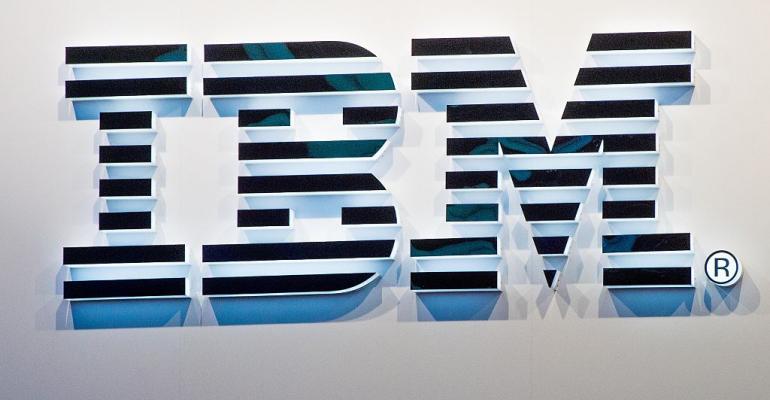 Big Blue has bet the farm that IBM ownership of Red Hat will pay big dividends.

Life is evidently turning back to some semblance of normal at Raleigh-based Red Hat in the aftermath of the brouhaha that began Sunday when Bloomberg leaked news that the open source Linux and cloud company has been sold to IBM for $33 billion, which forced an earlier than planned Sunday announcement of the sale.

After a joint press conference with IBM on Monday, which sought to reassure everybody who does business with Red Hat that nothing will change under IBM ownership, the company on Tuesday routinely released new versions of its flagship Red Hat Enterprise Linux (RHEL) operating system and its "community" desktop distribution, Fedora.

At the press conference both Arvind Krishna, IBM's senior VP of hybrid cloud, and Paul Cormier, Red Hat's president of products and technologies, sought to reinforce Red Hat CEO Jim Whitehurst's assertion on Sunday that "Red Hat is still Red Hat," and that the company would function as "a distinct unit within IBM." Krishna noted that Red Hat is a brand "in open source, Linux, and in containers" and that "brands are really hard to establish and it takes a lot of time and energy to keep a brand, so Red Hat as a brand is going to keep going for as long as I can foresee."

IBM didn't purchase Red Hat primarily for its branding, although that certainly figures in, but for its hybrid cloud expertise, because IBM desperately needs to increase its cloud presence to remain relevant. Neither company has been secretive about this. CEO Ginni Rometty said in a Sunday statement about the sale, "It changes everything about the cloud market." The importance IBM places on Red Hat's cloud prowess was echoed at Monday's press event in Krishna's answer to a question about IBM's motivations for the purchase.

"To win in hybrid cloud," he said, "to win on the basis of open technology, and in the end, to give clients value."

In other words, Big Blue plans to use both Red Hat's name and expertise to help convince potential enterprise customers that it is the company to choose to reshape legacy on-premises infrastructure to a hybrid cloud approach, utilizing modern cloud native technologies -- an area where Red Hat is a leader and IBM is sorely lacking. In addition, it'll most likely take advantage of the new acquisition to further optimize RHEL and the rest of the Red Hat stack for its servers, especially its mainframe offerings which have seen a considerable uptake since the introduction of the LinuxONE line.

It also doesn't hurt that Red Hat will add a considerable amount of revenue. The open source company is set to approach or pass the $3 billion mark this year, and with this sale its revenue curve will likely accelerate as IBM makes promised growth funds available.

The fly in the ointment is that as much as CEOs Rometty and Whitehurst proclaim Red Hat to still be Red Hat, the company will soon no longer be independent and will completely fall under IBM ownership. This is problematic. A large number of Red Hat customers are attracted to the company not only because of it's expertise in the data center and with emerging cloud native technologies, but also because of its independence and its insistence that IT solutions be based on open standards.

Much of Monday's press conference sought to reassure Red Hat's customers and partners that even under IBM ownership, it would remain independent of overreaching IBM control. When ITPro Today asked how IBM anticipates using Red Hat as a driver for its own public cloud, for example, Krishna made sure to point out that anything its new acquisition brings to IBM Cloud will will be done "in a way that doesn't give any unique or special advantage to IBM public cloud."

Cormier also stressed Red Hat independence when we asked how the acquisition would affect ongoing partnerships in place with Amazon Web Services, Microsoft Azure, and other public clouds.

"One of the things you keep seeing in this is that we're going to run Red Hat as a separate entity within IBM," he said. "One of the reasons is business. We need to, and will, remain Switzerland in terms of how we interact with our partners. We're going to continue to prioritize what we do for our partners within our products on a business case perspective, including IBM as a partner. We're not going to do unnatural things. We're going to do the right thing for the business, and most importantly, the customer, in terms of where we steer our products."

Red Hat promises that independence will extend to Red Hat's community projects, such as its freely available Fedora Linux distribution which is widely used by developers. When asked what impact the sale would have on Red Hat maintained projects like Fedora and CentoOS, Cormier replied, "None. We just came from an all-hands meeting from the company around the world for Red Hat, and we got asked this question and my answer was that the day after we close, I don't intend to do anything different or in any other way than we do our every day today. Arvind, Ginnie, Jim, and I have talked about this extensively. For us, it's business as usual. Whatever we were going to do for our road maps as a stand alone will continue. We have to do what's right for the community, upstream, our associates, and our business."

This all sounds good, but as they say, talk is cheap. Six months from now we'll have a better idea of how well IBM can walk the walk and leave Red Hat alone. If it can't and Red Hat doesn't remain clearly distinct from IBM ownership control, then Big Blue will have wasted $33 billion it can't afford to lose and put its future, as well as the future of Red Hat, in jeopardy.