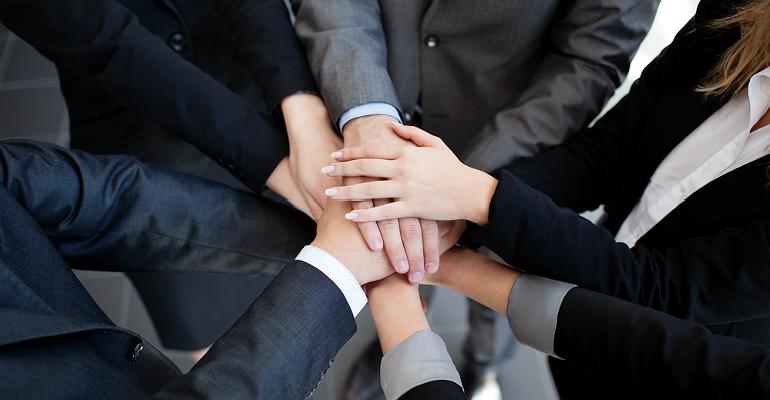 Why Red Hat Came to Love CoreOS: Team and Technology

Here's a look at why Red Hat acquired CoreOS, the open-source, container-centric cloud company that competed in some ways with Red Hat technology.

CoreOS, which was once called the "Southwest Airlines of Linux," is now Red Hat's latest open-source acquisition. What made CoreOS worth $250 million? A look at the company's evolution helps to explain.

When CoreOS was created five years ago, its mission was to build a more secure, easier-to-use, cloud-friendly Linux distribution. To this end, CoreOS was one of the first companies to leverage Docker containers to help deliver seamless updates and build highly scalable, distributed software environments.

In 2013, that was a big deal. Docker had just come out in March of that year, and few people at the time were using containers for deploying applications in the cloud. Some developers were using container frameworks like LXC (which was once the basis for Docker but is no longer) as part of PaaS solutions such as Heroku — but Docker remained a novel idea.

With the lightweight, agile architecture of CoreOS Linux (now known as Container Linux) in mind, its CEO, Alex Polvi, compared it at the time to Southwest Airlines. He contrasted CoreOS Linux with traditional Linux distributions like Red Hat and Ubuntu, the "United Airlines" of the Linux ecosystem, because they were born before distributed, cloud-based environments and massive scalability became the norm in software deployment.

Being an early adopter of Docker and creating a lighter-weight Linux distribution were not the only reasons CoreOS ended up becoming attractive to Red Hat. The company's role in helping to build out the container ecosystem was also important.

Circa 2013, container technology remained primitive. CoreOS introduced new tools that became important resources for developers and admins seeking to adopt containers. In this way, CoreOS Linux became not just a prominent use case for Docker containers, but an important force in expanding the container ecosystem.

Some of CoreOS' technologies, like the rkt container runtime, provided alternatives to what Docker was building. Others were designed as more scalable implementations of tools that already existed but were not intended for use with containers. Such was the case, for example, with etcd, a key-value store for sharing data across distributed environments.

"etcd is very unique in that it was highly scalable and easier to use," he says, comparing it to alternatives like Apache ZooKeeper. In this regard, CoreOS "helped build the underlying infrastructure for containers."

CoreOS was "always very open and transparent," Gracely says. "That attracted a lot of people to what they were doing. And obviously from a Red Hat perspective, that's one of the things we look at: Is the culture of the company amenable to the idea that everything you should do is open source?"

Gracely adds that Red Hat believed in the CoreOS team, whom he called "world-class engineering staff" with "the right mindset for working in open source." And "Kubernetes talent is very hard to find these days," referring to the open container orchestrator on which Red Hat has bet big.

"It's hard to find a situation where you're in love with both the team and the technology, and CoreOS was one of those situations," Gracely says.

Prior to last week's acquisition, it was not so clear that Red Hat viewed CoreOS so favorably. In some ways the two companies competed, especially when it came to building lightweight, container-centric operating systems. More broadly, however, they were collaborators in helping to build out the open-source ecosystem, and both companies shared a common "frenemy" in Docker.

The Future of Red Hat and CoreOS

Gracely says what to do with CoreOS' technology, given that some of it is redundant with other Red Hat tools and platforms, remains a work in progress.

"We've not yet laid out a detailed road map on where we see it going," he says.

He expects more information to arrive within a couple of weeks.

Time will tell, then, whether Red Hat leverages its CoreOS acquisition to squelch competing technology or expand its own technology portfolio.