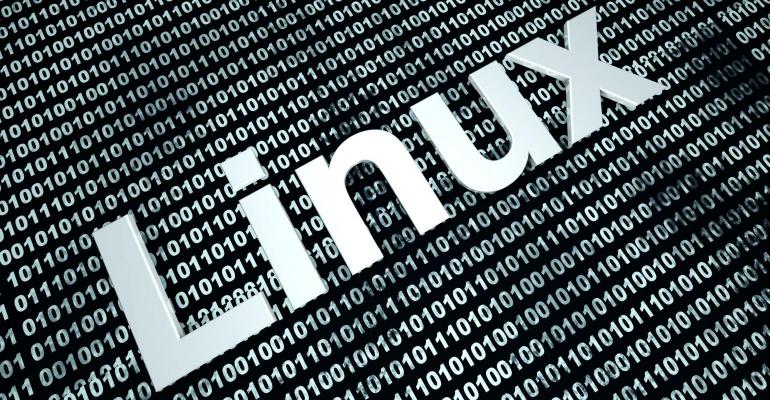 Is There Room for Linux Workstations at Your Organization?

Although it's been a long time since Linux was more difficult to use than Windows, most companies have been reluctant to deploy Linux workstations to its employees. That might be changing.

It wasn't that long ago when most enterprises and government agencies were hooked on Windows as the default to run the workstations used by their employees. Some companies would make allowances for employees who insisted on using Macs, but most wouldn't even consider a Linux workstation, even though the days are long gone when Linux was more difficult to use that other operating systems.

That's been changing, at least as far as governments are concerned. Many cities in Germany are now committed to using only open source solutions, meaning Linux on the desktops loaded with open source applications. Munich was the first, adopting an all open source model in 2006 mainly to avoid paying millions to Microsoft in licensing fees, going so far as to develop its own Linux distro, called LiMux. Although a new city government in 2017 instituted plans to drop LiMux for a return to Windows, a subsequent government in 2020 cancelled those plans and the all-Linux policy is being rolled back.

Elsewhere in the EU, Italy has an ambitious agenda to move government IT to open source. In South America, Brazil's 13-year-old policy to favor the use of open source has resulted in 93% of federal level agencies using open source to conduct their day to day business.

While no hard numbers are available, it also appears that more businesses are adopting Linux workstations as well.

In April, ZDNet reported that Mark Shuttleworth, founder and CEO of Canonical, the company behind Ubuntu, said, "We have seen companies signing up for Linux desktop support because they want to have fleets of Ubuntu desktops for their artificial intelligence engineers."

Although Linux has long been a favorite OS for developers, Shuttleworth pointed to a key difference.

"[T]hose were kind of off the books, under the table, you know, 'Don't ask don't tell deployments,'" he said. "But now, suddenly it's the AI team and they've got to be supported."

If IT departments are now having to support Linux desktops behind their firewalls for AI/ML and DevOps teams, it's probably not unreasonable to assume that some might decide to go all-in and roll out Linux across the board. A big plus would be that IT would then only have to support one operating system from data center to office floor, negating the expense of keeping Microsoft Certified Solutions Experts on payroll just to support workstations.

One of the problems for planning such a roll out is that, although there is basically only one Windows and one Mac, at last count there were over 300 Linux distributions from which to choose – and they all operate somewhat differently. This runs contrary to most organizations’ desire for a single distribution for ease of management. For companies who already have AI or DevOps teams using Linux workstations, that choice should be easy: just use what they're using.

For those not already using desktop Linux somewhere in the organization, we've come up with a short list of Linux distributions for consideration:

Although Ubuntu has been around for nearly 16 years, it's still a relative newcomer to the Linux scene. However, during that time it's not only become the most well-known desktop distribution, it's also the most used Linux server – mainly because its server edition is available at no cost on most public clouds. Based on Debian, one of the oldest Linux distributions, its developers work closely with DevOpers upstream to produce a server operating system that is as solid and versatile as any, and a desktop that adds spit, polish and ease of use to Debian's classic stability.

This should make the desktop version of Ubuntu an attractive choice to roll out as Linux workstations, especially for companies that are already deploying Ubuntu Server in their data centers or server rooms.

The chief obstacle to deploying Ubuntu as a workstation replacement for Windows is that its user interface will create a slight learning curve for users coming from the Windows world. Like most of the distros on this list, Ubuntu uses the GNOME desktop by default, which takes a very different approach to managing workflows than the traditional operating interface that Windows uses. The good news is that GNOME is relatively intuitive and most users should figure it out on their own.

Support packages from Ubuntu are affordable, but you have to use hardware that is certified by Ubuntu to qualify. Once you get past that hurdle, however, the support deals are about the best you find. With the $25 yearly "Essential" package, you get access to Landscape, which keeps the workstation connected to Canonical's servers and allows Livepatch updating without requiring a reboot; the ability to manage up to 40,000 machines with a single interface; and custom software repositories. Also included are FIPS 140-2 Level 1 certified crypto modules, CIS security profiles Level 1 and 2 for workstations, and access to Ubuntu's knowledge base.

"Standard" and "Advanced" support subscriptions are available for $150 and $300 a year, respectively. They add to the mix KVM and LXD support for virtual machines and containers, as well as phone and ticket support. "Standard" users can get support 24x5 with a four to 24-hour response time, dependent on severity level. For "Advanced" users, that's increased to 24x7 with a response time of 1-12 hours.

German-based SUSE is one of the oldest Linux distributions, predating Red Hat by about a year. It's desktop offering, SLED, is the sister operating system to SUSE Linux Enterprise Server, which is one of the three most used Linux distributions in data centers. SLED ships with the GNOME desktop environment by default, making this a good workstation choice for companies already deploying SUSE servers.

Historically SUSE's distributions were seen as best-of-breed because of YaST, a graphical configuration tool that made configuring a Linux system easy when compared with other distros of the day. Although YaST remains a part of SUSE distributions, it's not quite the selling point it once was since configuring Linux workstations is no longer the pain it was back in the day.

Unlike Ubuntu, which can be downloaded and used for free without support, just using SUSE will set you back $50 annually or $135 for three years per machine for access to the binaries and updates through the company's website. 'Standard' support (for $120 yearly or $324 for three years) includes the website updates as well as patches, along with 12x5 technical support by web, email, chat and phone with a four-hour response time. "Priority" support (for $220 yearly or $600 for three years) makes technical support available 24x7 with a response time of one hour for high severity issues.

Red Hat Enterprise Linux is probably the most well-known Linux brand when it comes to Linux in the data center. Although Red Hat officially dropped what had been its flagship consumer-facing desktop in 2003 to focus on the enterprise, Red Hat continues to offer a supported desktop version of RHEL using the GNOME desktop.

In addition to the plethora of open source software suitable and necessary for office work that all Linux distros offer, Red Hat also comes loaded with plenty of developer tools and programming languages, making this workstation great for use by IT staff.

Red Hat's Workstation edition is also constantly being battle tested for usability in the Red Hat trenches. A Red Hat spokesperson told ITPro Today, "RHEL Workstation is our default operating system across the board for all employees, technical or otherwise."

Like SLED's Linux workstations, Red Hat's workstations can't be downloaded and installed for free, but instead require the purchase of a support subscription. At $179 per year, the aptly titled "Self-support" is the cheapest. This one doesn't include any support from Red Hat, other than updates to fix security issues and bugs. Standard support will set you back $299 yearly for an unlimited number of support cases by web or phone during business hours Monday through Friday.

Before spending $179 for the self-supported version of Red Had Workstation, you might want to consider CentOS instead, which is basically a free drop-in replacement for RHEL. Although officially independent, the project has been sponsored by Red Hat since 2014, with most of the distribution's developers employed by Red Hat as part of the company's Open Source and Standards team.

CentOS is pretty much a duplicate of RHEL code with the copyrights removed, although CentOS releases generally lag behind RHEL releases by a number of months. Likewise, patches to fix bugs and security issues are distributed to RHEL customers before being made available to users of CentOS. Like Red Hat's workstation, CentOS ships with the GNOME desktop environment.

Technical support directly from CentOS isn't offered except through the distro online community forums, although support can be found from third party suppliers.

Linux Mint is the only distribution on this list that doesn't have a server edition counterpart. It's rock solid, based on Ubuntu, and its default desktop, Cinnamon, is designed with a look and feel that will be familiar to users making the move from Windows to Linux workstations.

It's also free to download and use, with each Mint release receiving security and bug fixes for five years. Like CentOS, this is a community-developed distribution, meaning no technical support is directly available from the developers, other than its online knowledge base and support forums.

Unlike CentOS, Linux Mint is not affiliated with any commercial Linux enterprise and is entirely dependent on donations for survival – which is something to consider before jumping on the Mint bandwagon. Although the distribution has been around for 14 years, seems to be well funded, and has a robust community of users and developers, community distributions tend to come and go more frequently than commercial distributions.

Before making the decision to make the switch from Windows to Linux workstations, it might be a good idea to run an audit to determine what software your employees are using to accomplish various tasks. These days, in most cases, your employees will be able to continue using the software they've been using, since commonly used office software such as Slack, Microsoft Teams, Zoom, Outlook, and Microsoft Office either have a version that runs on Linux or can be run through a browser in the cloud.

For software that isn't available for Linux workstations, there are often easy workarounds. For example, the note-taking app Evernote doesn't have an official Linux client, but there is an open source third part application, Tusk, that is a drop-in Evernote client.

In a very few cases you might have to find open source replacements for software that's not available for Linux. The good news here is that most Linux applications have a Windows version, so you can try out various replacement apps ahead to time to determine which works for your employees.