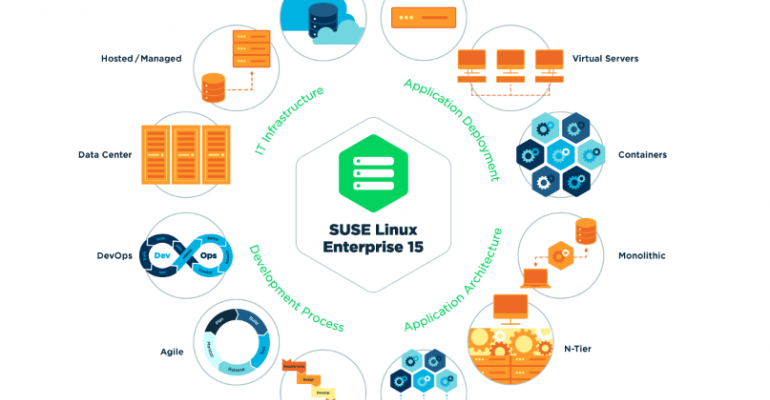 One of the big three enterprise Linux distributions has been purchased by Swedish private equity player EQT. As of now, there are no plans to change management.

Micro Focus sold the German-based Linux distribution SUSE to Sweden-based private equity group EQT for over $2.53 billion. The last time SUSE changed hands was in 2014, when Micro Focus took ownership in a $1.2 billion merger with The Attachmate Group. (That buy gave Micro Focus what was left of Novell, which had purchased SUSE for $210 million in 2003. What we can conclude here is that SUSE's valuation multiplied dramatically each time its ownership changed hands.)

EQT said that Nils Brauckmann will remain as SUSE's CEO, a position he assumed in early 2016 after nearly five years as the company's president and GM. EQT also indicates the company will continue to function as an autonomous organization, which it has been since shortly after being purchased by Micro Focus.

"Today’s announcement is clearly good for SUSE and its employees," Michael Miller, SUSE's president of strategy, alliances and marketing, told ITPro Today in an email exchange. "There's a lot of excitement and enthusiasm here at SUSE as we make plans for this next stage in our corporate development.

"The further investment and support that will be provided by this partnership with EQT will enable continued expansion, advances in innovation and will drive the build and buy strategy required to continue growth and meet customer’s increasing need for digital transformation, built on open source, SDI and application delivery technologies."

With SUSE, EQT buys a bit of Linux history along with one of the top three commercial Linux distributions.

The company behind the project was founded in 1992 as a Unix- and Linux-focused service provider that began distributing its own brand of Linux two years later. Up until Novell bought the company, the distribution had a reputation of being something of the Rolls Royce of Linux distributions, known both for it's fit and finish in an era when Linux distros tended to be rough around the edges, and for innovations such as its YaST configuration tool.

Richard Brown, a Linux distribution engineer in SUSE's future technology team, as well as board chair at the independent community edition, openSUSE, told ITPro Today he first heard news of the sale this morning by way of a phone call to reassure the openSUSE community.

"This is the first time I've ever got woken up in the morning by Nils, our CEO, who actually phoned to make sure he was the first person to tell me," Brown said. "I'm really reading into that, that there's no question just how serious SUSE is taking openSUSE's part of this equation and how much they want to make sure we're reassured there are no negative impacts on the horizon."

Although openSUSE's development is completely independent of SUSE's flagship SUSE Linux Enterprise Server (SLES), its Leap edition, introduced in 2015, can be used as a drop-in replacement for SUSE's enterprise offering. It is used by enterprises who either don't require support or to run non-critical workloads.

As a long-time SUSE employee who's been close to several ownership changes, Brown sees no indication that the change will bring about any drastic changes to SUSE.

"Speaking personally, it wouldn't make much sense to rock the boat too much," he said. "In the four years I've been at SUSE, the company has increased to a scale that's completely unrecognizable. We have as many open positions now as we had people working in the Nuremberg office when I first started."

The company is also profitable. According to Gartner, SUSE's share of the paid enterprise Linux server market stood at 25 percent in 2016, and was second only to Red Hat, which commanded a 64 percent share. The company had sales of $320 million in the 12 month period that ended October 31, 2017, with a growth rate of over 13 percent. The distribution currently employs about 1,400 people worldwide.

The sale may come as something of a relief to Micro Focus, which earlier this year saw its CEO, Chris Hsu, resign to "spend more time with his family and pursue another opportunity" the day before its stock price fell by more than 50 percent when the company upped a forecast revenue decline from 2-4 percent to 6-9 percent. The projected decline was tied to the company's $8.8 billion purchase of HPE's software assets. SUSE was a beneficiary of that deal, gaining some software and becoming HPE's "preferred Linux partner" in the process.

Before the sale can be completed it will need regulatory approval, plus the approval of Micro Focus's shareholders, and is expected to be finalized in 2019. After the sale goes through, Miller said users should expect no drastic changes in the company's direction.

"To ensure continuity, the SUSE business expects product and service offerings to remain consistent," he said. "In keeping with its 25-year history, SUSE intends to remain committed to an open source development and business model and actively participate in communities and projects to bring open source innovation to the enterprise as high quality, reliable and usable solutions."