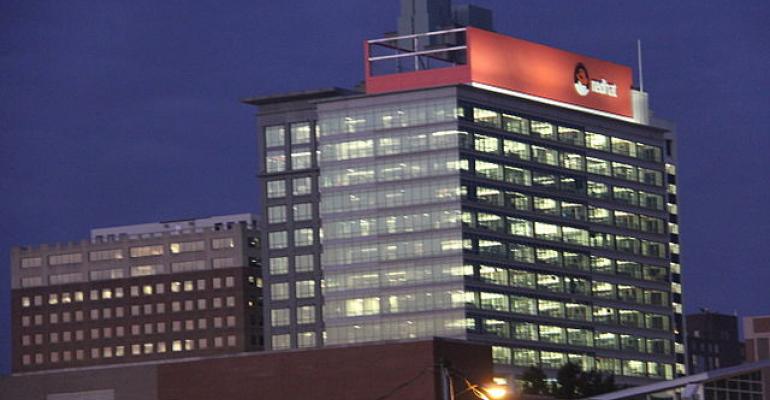 This not-ready-for-prime-time beta preview of the upcoming RHEL 7.5 shows some promising feature enhancements in storage, performance and ease of use.

Wednesday's beta release of RHEL 7.5 offers a peek at how Red Hat is going to use the VDO technology it gained from last year's deal with Permabit.

In July, the open source company announced it had "acquired the assets and technology" of Cambridge, Massachusetts-based Permabit Technology, which produced storage-based software for data deduplication, compression and thin provisioning.

Related: How Red Hat Is Dealing With the Spectre of the CPU Meltdown

The wording of the announcement was confusing, so for this article we reached out to Red Hat, which told us it "acquired substantially all of Permabit's assets, technology-wise, and hired their engineering and product teams." In other words, Red Hat evidently didn't buy Permabit outright, but essentially gained all of the company's intellectual property and talent.

Red Hat knew what it was getting in the deal. It had a good look when the two companies collaborated in 2016 to test and certify Permabit's data reducing Virtual Data Optimizer software, VDO 6, with Red Hat Ceph Storage and Red Hat Gluster Storage software. The tests went so well that Red Hat bought the technology, moved 16 Permabit employees under the Red Hat roof and went to work to fold the VDO technology into RHEL.

There were licensing issues to be tackled. At the time of purchase, Permabit technology was proprietary, but Red Hat said it planned to soon release it under an open source license.

"This will enable customers to use a single, supported and fully open platform to drive storage efficiency," Red Hat said at the time in a statement, "without having to rely on heterogeneous tools or customized and poorly supported operating systems."

That's evidently now a done deal, because much of Permabit's software has ended up in RHEL's latest beta, and Linux's license has a lips-that-touch-liquor-never-touch-mine provision that prevents proprietary code from being utilized in a way that makes it part of the operating system.

According to Red Hat, test results indicate that in a primary storage environment delivered on top of RHEL, its VDO technology can increase effective capacity by up to 6x, freeing existing storage and reducing the cost of offsite data replication.

"These savings, extended to block storage in the public cloud, can reduce storage footprints by up to 83 percent," the company said in a statement about the new beta release, "helping to reduce the hourly cost for active storage and the monthly costs of storing snapshots. This enhances the ability of organizations to get the most out of their existing storage configurations across a common, open standards-based platform in Red Hat Enterprise Linux."

The upcoming version of RHEL will also feature enhanced security and compliance that's built into the OS, including:

The upcoming latest and greatest also enhances usability for dyed-in-the-wool Linux administrators, Windows admins new to the platform, as well as devs seeking self-service capabilities. Look for an easier-to-use cockpit administrative console that simplifies the interface for managing storage, networking, containers, services and more. Also added, the automated creation of a "known-good" bootable snapshot to help speed recovery and rollback after patching.

We've seen no ETA for when the ready-for-prime-time version of RHEL 7.5 will be released, but those wanting to see the beta for themselves can visit the Red Hat downloads page.