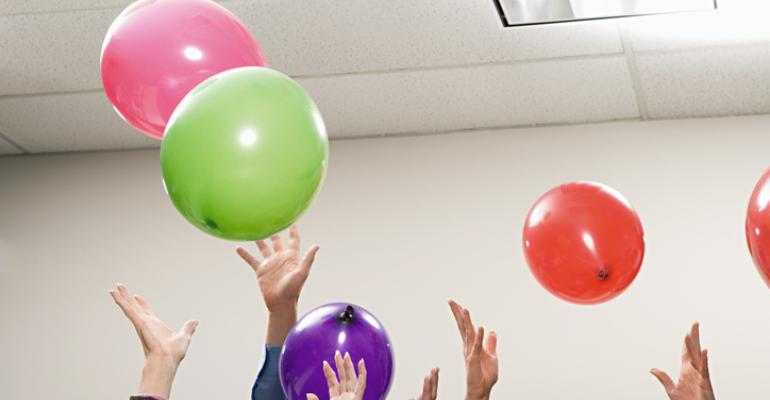 The fact that Red Hat is well on it's way to being a $3 billion company bodes well for open source businesses.

Last year was something of a grand slam for Red Hat. In Monday night's earnings call, the company said it had again beat Wall Street's expectations, with total revenue for fiscal year 2018's fourth quarter at $772 million and yearly earnings of $2.9 billion. That's not only good for Red Hat, but it's also good for everyone who works in IT. And because the company is exclusively an open source player, it's especially a positive sign for all open source businesses.

For those wishing to do a little tea reading around last night's conference, here are a few points to consider.

Related: Microsoft Promises Not to Sue Over GPLv2 Compliance Issues

The cloud hasn't killed the operating system: Not too long ago, the future of traditional operating systems didn't look good according to the experts. As it turns out, the experts not only missed the bullseye, they probably missed the target completely. Although there was surprisingly little talk about Linux during Monday's call, CEO Jim Whitehurst has recently said that nearly every every deal the company does includes its Red Hat Enterprise Linux operating system.

This would be doubly true of subscriptions, since RHEL's income is based on the subscription model and it's doubtful that many are going to be purchasing subscriptions for any of Red Hat's middleware and run it on anything other than RHEL -- or maybe its clone, CentOS, in cases where IT departments can supply their own support.

According to the company's executive VP and CFO, Eric Shander, subscriptions continue to be the driving force behind Red Hat.

"Subscription revenue, which is mainly renewable, constituted 88 percent of total revenue in Q4 and grew 22 percent year-over-year in USD or 18 percent in constant currency."

In other words, subscriptions are Red Hat's golden goose, and they remain on the rise.

The future looks good for hybrid cloud: A dozen or so years ago when the cloud era was just beginning, Red Hat put most of its eggs in the hybrid cloud basket. At the time, Wall Streeters scratched their collective heads, because soothsayers were saying the cloud was going to eradicate traditional private data centers and that all data would eventually be processed by the likes of AWS and Azure.

During the earnings call, Red Hat indicated it's doing a lot of cloud native business, much of it related to technologies such as OpenStack and OpenShift that are associated with the hybrid cloud approach. Whitehurst also noted that hybrid cloud played into Red Hat's recent acquisition of CoreOS.

"The acquisition of CoreOS further enhances our ability to help customers build applications and deploy them across hybrid environments. By combining CoreOS’s complementary capabilities with Red Hat’s already broad Kubernetes and container-based portfolio, including OpenShift, we aim to further accelerate adoption and development of the industry’s leading hybrid cloud platform for modern application workloads."

CoreOS, of course, is part of this picture, as container technology is the...well, core of its portfolio.

"CoreOS’s talented technical team is well-known for helping to drive many of the open source innovations that are at the heart of containerized applications, including Kubernetes, where it is a leading contributor. These innovations include a lightweight Linux distribution created and maintained by CoreOS, called Container Linux, which automate software updates and is streamlined for running containers."

There was more good news in the earnings call for open source businesses, whether they be developers or solutions providers, as Whitehurst also indicated that big enterprise customers are more than willing to dig deep and invest big bucks in open source solutions.

"For the quarter, we closed a total of 169 deals over $1 million and ... that was up approximately 50 percent year-over-year. Within these deals, 26 were greater than $5 million, which is a record for any quarter. Included in the 26 deals were 14 that were greater than $10 million and two of those over $20 million."

No doubt about it, this is a good time for open source businesses.