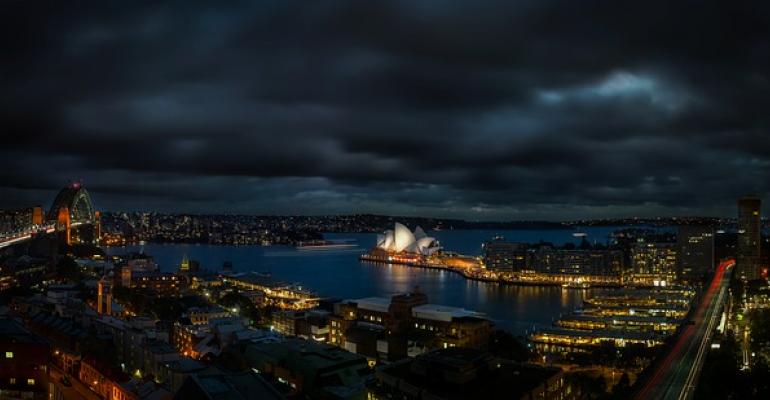 They've rolled up the tents at this year's fall edition of the OpenStack Summit, the twice annual love fest for the open source cloud platform. Actually, this year's fall event was in reality another spring festival, since November in the host city, Sydney, seasonably corresponds with May for those of us not from the land of Oz. For anyone taking notes, the event was held at the Sydney Convention and Exhibition Center and officially ran Monday through Wednesday.

As is true with many conferences, the official dates are somewhat fluid, however. A gander at the event's website shows scheduling beginning two days earlier, on Saturday, with an RSVP only event for the upstream community, followed on Sunday by invitation only-workshops for the upstream crowd.

I mention this only because the biggest news from the event came on Sunday with Red Hat's introduction of Red Hat OpenStack 12.

The release (it won't be generally available until sometime in "the coming weeks") brings a few things to the table that should help make the platform, which has a reputation for being difficult to deploy, more agile and easier to use. Based on "Pike," the latest upstream plain vanilla release, the fedora company's new version notably allows OpenStack services to run on containers, with the platform being able to containerize most OpenStack services. It also includes a containerized Technology Preview of some networking and storage services.

It's not surprising Red Hat would do this, as the company is whole hog on the container bandwagon, helping bring containers to the enterprise with projects such as OpenShift, its container deployment platform. The ability to use containers to start and stop services on a dime should be something of a game changer for OpenStack admins, especially as more automation comes into play.

"The containerization of OpenStack services paired with the enhanced open source security and stability for which Red Hat is known for offers a production-ready infrastructure for organizations to bring greater agility into their IT operations," Red Hat's GM of OpenStack, Radhesh Balakrishnan, said in a statement.

Speaking of automation, Red Hat's added some of that to the mix as well, with the addition of a security and efficiency-based automated infrastructure enrollment service and by the automation of life cycle management for security certificates. OpenStack Block Storage (Cinder) has also been updated with volume encryption support, along with Bare Metal Provisioning (Ironic), which is getting disk partitioning enhancements.

There are more new bells and whistles, of course, which are sure to get ample media coverage as GA time approaches.

Product integration also took a front-and-center position at the Sydney summit, with the OpenStack Foundation announcing it's investing technical resources, as well as money, in a four-part strategy to address the integration of OpenStack with other open source technologies. The strategy centers around documenting cross-project use cases, collaborating across communities (including upstream contributions to other open source projects), encouraging and promoting new projects at the OpenStack Foundation, and coordinating end-to-end testing across projects.

"As open source leaders, we’ll fail our user base if we deliver innovation without integration, meaning the operational tools and knowledge to put it all into production," OpenStack Foundation's executive director, Jonathan Bryce, said in a statement. "By working together across projects, we can invest in closing this gap and ensuring that infrastructure is not only open but also consumable by anyone in the world."

The foundation announced several initiatives to support the integration strategy, including OpenLab, a community-led program to test and improve support for highly used Software Development Kits, as well as platforms like Kubernetes, Terraform and Cloud Foundry, on OpenStack, with the goal of improving "the usability, reliability and resiliency of tools and applications for hybrid and multi-cloud environments."

The OpenStack Foundation also said it expects to announce new projects and events related to this strategy in the coming months.