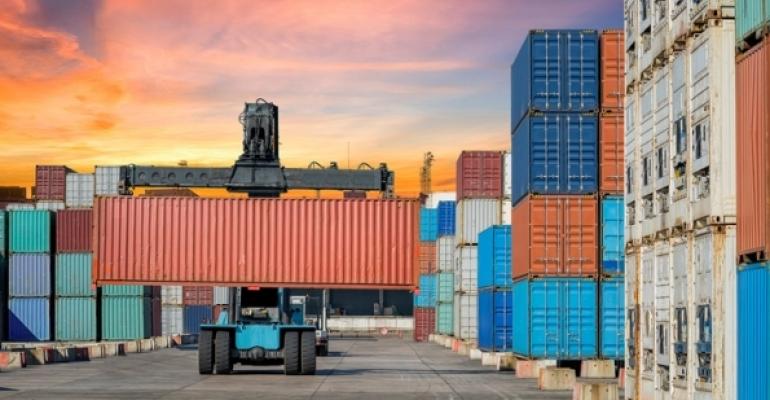 Big Red's platinum membership in CNCF is only its most recent move to embrace Kubernetes.

Oracle has taken a plunge deeper into open source waters by joining the Cloud Native Computing Foundation (CNCF) as a platinum member. The announcement was made Wednesday, on stage with Linux Foundation executive director Jim Zemlin, at Open Source Summit in Los Angeles. In addition, Oracle announced it's bringing Kubernetes to Oracle Linux and open sourcing a Terraform Kubernetes Installer for Oracle Cloud. This prompted Zemlin to remark that "six of the largest clouds are now running Kubernetes."

There is some truth to that statement. Oracle does have a cloud and it does run Kubertetes. But no one other than Oracle is claiming that Oracle's IaaS cloud is either large or successful, although in Zemlin's defense, "large" is a relative term.

Big Red's cloud efforts are behind the membership, of course. Like everyone else who buys a platinum membership with CNCF or the Linux Foundation, where Oracle is already a platinum member, the company is looking to purchase a little clout and to have input in the direction that development of Kubernetes, the foundation's flagship project, and other CNCF projects take. Clout comes with a price, however. According to the foundation's website, a seat at the big boys' table will cost the company $370,000 per year.

Considering that CNCF has an all important project like Kubernetes under its control, Oracle receives a lot of bang for its bucks. It gets to appoint its own representative to the foundation's governing board, guaranteeing it input in the decision making progress, and will also be able to appoint its own representative in any subcommittees or activities of the governing board.

By comparison, the six gold members pay $120,000 yearly and share one board representative for every five members. Sixty-six silver members pay by sliding scale that tops out at $50,000, determined by the members' number of employees, with a total of three board members currently representing their class.

If you're new to the fair, Kubernetes is an open source container orchestration and management platform originally developed by Google that pretty much sets the standard. Other CNCF projects also center around containers and include Prometheus, a systems monitoring and alerting toolkit; containerd, a container runtime daemon; and rkt, a Docker alternative.

"Kubernetes is the future of cloud container orchestration and management, and Oracle is committed to improving the technology to make enterprise adoption easier than ever," said Mark Cavage, Oracle's VP of software development, in a statement. "Oracle uses Kubernetes internally and dedicates significant engineering resources to the project."

In May, Oracle announced at CoreOS Fest in San Fracisco that it would be contributing engineering resources to Kubernetes and that it had appointed Timothy J. Fontaine, a software engineer who had been project lead on Node.js at Joyent, to lead its efforts. This was part of a partnership with CoreOS, a container focused Linux distrbution, to "bring CoreOS Container Linux to Oracle Cloud Infrastructure." This came on the heels of Big Red's acquisition of the Dutch startup Wercker, which specializes in Docker and Kubernetes management tools.

"The movement to the cloud has been the biggest trend in enterprise computing in the last decade," said Chris Aniszczyk, COO of Cloud Native Computing Foundation. "Using containers in a cloud native architecture is the next phase, with an open source stack enabling portability between public, private and hybrid clouds. Oracle's participation as a platinum member is a testament to how quickly the market is adopting these technologies. With Oracle rapidly growing its cloud business, its expertise working with enterprises of all sizes will benefit the larger cloud native ecosystem."

Oracle has appointed Jon Mittelhauser, its VP of engineering, to take its seat on the CNCF governing board. If that name sounds familar, it should. In 1993 he co-wrote the Windows version of the Mosaic web browser and went on to be one of the founders of Netscape.
PRINT
REPRINTS
FAVORITE

Tetrate Says Its Istio Distribution Is Easier to Use Than the Upstream Version
Feb 23, 2021