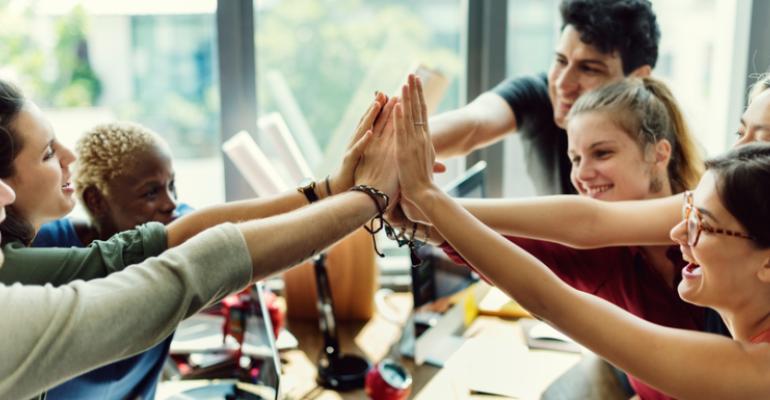 As 2017 draws to a close, we look at some of the reasons why the use of open source software is growing and will continue to grow in the year ahead.

As a follower of and advocate for open source, it's become easier and easier to write the end-of-the-year reflections editors like so much on the state of open source. After all, these days open source software is everywhere, from the data center to the edge -- even in your car. Its growth in use by the enterprise continues to be phenomenal, and there's no reason to believe that will end anytime soon.

Open source has proven itself to be stable and reliable, with an attractive ROI. Developers like it because it means they don't have to forever write routines that have already been written.

Again this year, open source had too many gains across the board to fit into an article such as this. However, there are three areas that stand out, for those needing a primer on this year in open source.

For about four years now, container use has helped fuel the growth of open source adoption by IT pros. Why? Because containers are probably the fastest growing IT technology and practically all container tech is open source.

This year, however, we can't talk containers without talking Kubernetes.

If we handed out awards for software the way Hollywood awards movies and TV shows, Kubernetes would get some kind of "people's choice" award for becoming the de facto standard for container use. "People's choice," because users made it a standard by insisting on using it, even when it wasn't the most convenient choice. This year, that led many container providers to either replace their own orchestration solutions with Kubernetes, or to make Kubernetes available alongside their homegrown offerings.

The icing on the cake came in October when Docker announced it was including fully supported Kubernetes alongside its own solution, Swarm, in its suite of container apps. That was followed by Amazon announcing that a fully supported just-spin-it-up version of Kubernetes will be coming to AWS sometime in 2018.

While it's no longer true that the first thing you think of when you hear the phrase "open source software" is Linux, it remains open source's flagship product.

If you work in IT, you probably spend a lot of time in Linux. These days, not only is it running servers, but it's running at the bottom of containers and has become the operating system of choice on IoT devices. And don't forget, the mobile apps the enterprise uses for everything from customer interaction to monitoring data centers and security more likely than not are running on Linux by way of Android.

Red Hat recently pointed out that even though its focus is now on hybrid clouds, that hasn't lessened its dependence on Linux. Virtually everything it does is built on RHEL.

Although it's not deemed sexy enough to get much top-of-the-page coverage, this year we heard about plenty of new uses for the distributed database, Blockchain, the technology behind bitcoin. We also saw the first ready-for-production release of Hyperledger, the open source implementation that's under the care of the Linux Foundation and backed by such tech industry giants as IBM (which helped start the project with a huge code donation), Intel, Cisco and more.

If you need more proof that it's an up-and-coming technology to watch, note that Hyperledger is also being backed by companies not normally associated with IT, such as Airbus, Daimler, American Express and others.

The health care industry is already on the blockchain bandwagon, using it not only to protect privacy but as a secure way to send medical images. The fossil fuel folks are on board, using it as a tool to help with oil and gas exploration. Even the food industry is using it to track products from farm to table and see it as a way of helping protect the public from food borne illnesses.

Blockchain's most obvious users, banks and other financial institutions, are also already on board, but are adopting slowly because...well, bean counters don't like to rush into anything.

There's even more we could reflect on from the world of open source as 2017 draws to a close. For example, this year the Linux Foundation really flexed its muscle to become far and away the leading clearing house for open source. We also witnessed an explosion in the number of small but powerful ARM-based single board computers, used everywhere from the factory floor to the data center to the connected home, and almost always running Linux. Then there's the dominance of open source on supercomputers. This year, for the first time, each and every one of the top 100 supercomputers was running Linux.

So what does that mean for 2018? Continued growth across the board for Linux and open source. How can it be otherwise? With even Microsoft including a Linux subsystem in Windows, one thing is for sure -- open source software is not going away any time soon.