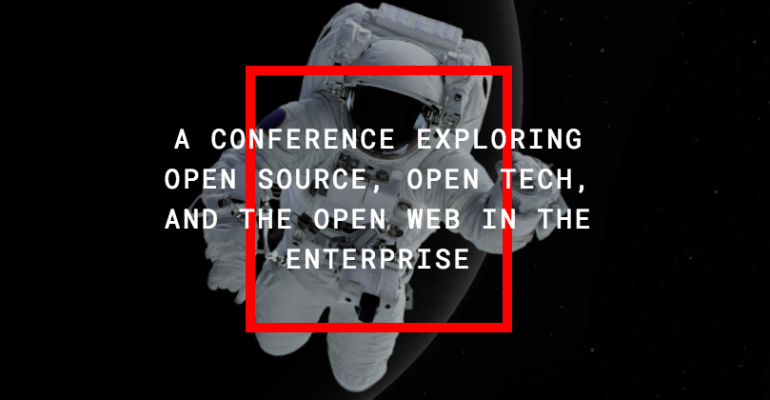 With admission set at just $10, the organization behind All Things Open plan a workshop that will both help students and others learn the basics of open source while opening networking channels.

The trouble with enterprise open source conferences is that they tend to be prohibitively expensive for many of the people who could benefit from them the most. While these conferences offer those with established careers the opportunity to hone their skills on the latest cutting edge software and to stay abreast of the latest technologies, students just beginning their studies in computer tech can also benefit.

The problem is that students typically don't have a lot of pocket money, and enterprise conferences can be prohibitively expensive. All Things Open, for example, an annual event which is held in downtown Raleigh, almost within shouting distance of Red Hat's headquarters, has special pricing for students, but while $50 a day is a deep discount over what the general public pays, it still prices many students out of the market.

That's why I was pleased to discover that All Things Open has scheduled a special one day event, Open Source 101, to be held February 4 with a very special low price.

"The cost is just $10, to help cover lunch, which is included," Todd Lewis told IT Pro.

Lewis is the creator and chairperson at All Things Open, which in four years has become one of the top three open source conferences in the country. As expected from Lewis and his team, they've paid attention to every detail in the planning of Open Source 101. They've scheduled the event to take place on a Saturday, so students won't need to skip classes to attend. They're also holding the event at The McKimmon Center on the campus of NC State University -- a major technology school, former home of Red Hat and the largest university in Raleigh -- making it easy for NC State students to attend.

"The reason we created Open Source 101 is to provide an on ramp to open source for existing professionals wanting to learn more and for students," Lewis explained. "We strongly believe open source is the future and if current and future professionals aren't educated they'll be at a major disadvantage. We want to make that baseline education available and very accessible with the event."

By design, Open Source 101 will be introductory. It's genesis, in fact, was the success of introductory tracks at the last two ATO conferences. "While the 101 tracks at All Things Open are great, and we'll continue hosting them," Lewis said, "we wanted to dedicate an entire day to more introductory level content."

For many undergraduates, or those just testing the open source waters, that's just what the doctor ordered. Big-boy enterprise conferences like ATO, Open Source Summit and OSCON might be a bit of overkill for those taking their first open source baby steps. Before delving deep into the nuts and bolts of Kubernetes and Hyperledger, it might be prudent to understand the basics first, which is the plan for Open Source 101.

The event's website indicates that Lee Faus from GitHub, Jim Jagielski from the Apache Foundation and Capital One, and Jason Hibbets from Red Hat are already confirmed as speakers, but other than that the schedule is yet to be filled and the call for speakers remains open until Tuesday. The event's website, however, offers a glimpse of what to expect in a series of questions: What is Open Source? Why should I participate? How and why do businesses use OS? How do I join or start a project?

The plan is for morning sessions to be shorter presentations ("addressing major topics at a high level," according to the website) and afternoon sessions to be longer ("designed to provide attendees an opportunity for a deeper dive and hands-on opportunities to do things themselves"). The event will not just be open to students, but to "any technology professional and/or university/college technology student in the Research Triangle area."

The reason for writing about this now instead of waiting until the schedule has been set is because attendance will be limited to 500, which means those who'd like to attend should go ahead and get in line now.

"Anyone interested needs to move quickly," Lewis explained. "We're allocating a number of tickets to each college/university and a number of 'general' tickets open to existing technologists. Unfortunately, we're limited on space at The McKimmon Center and therefore have to limit seating."

Although registration won't be officially open until January 3, an online form is currently available for "first access to purchase tickets before the rest of the crowd."