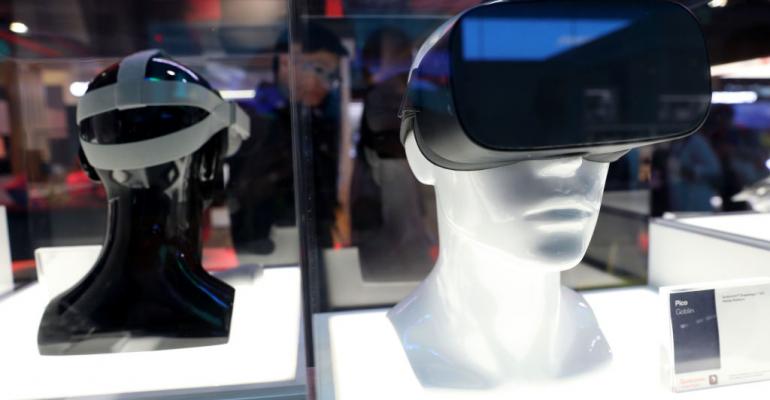 The Linux Foundation is going to the edge. This Thursday, the non-profit that's the home of the Linux operating system and many other enterprise-focused open source projects, announced a new umbrella project with the purpose of bringing order to the edge. With LF Edge, the foundation wants to establish an open and interoperable framework for edge computing that's independent of hardware, silicon, cloud, or operating system.

"The edge" here refers to the periphery of the internet, any place where a network has a remote point of presence to reduce latency when communicating with connected devices. Those can be "connected home" gadgets, controllers to operate manufacturing machinery, telecom equipment, or smartphones.

While they employ many of the same cloud-native technologies as everything else in the cloud, they also require specialized systems to handle workloads that are unique to edge and the Internet of Things. For example, edge-based servers must process some data from connected IoT devices locally to take advantage of low latency, while other data is sent to a central data center for storage or further processing.

"One important thing that's happening is a convergence of five technologies at the bottom," Arpit Joshipura, the Linux Foundations's general manager for networking, orchestration, edge, and IoT, told Data Center Knowledge in an interview. They are 5G, a low-latency access technology; container-based application development done via Kubernetes-enabled microservices; machine learning; hardware accelerators; and the shift to software-based network functions and management by telecoms.

"Those things are coming together, and they're fueling a whole new set of applications that require both accelerated processing as well as lower latency and mobility in the network."

From the Linux Foundation's perspective, those new applications are currently dominated by an assortment of proprietary solutions, which have resulted not only in fragmentation, but in vendor lock-in for both hardware and software. With LF Edge, the foundation says it intends to bring open standards and open source solutions to the table, much as it's done in other areas with projects like Cloud Native Computing Foundation, Cloud Foundry, Hyperledger, and Open Container Initiative.

LF Edge begins life with three formally standalone foundation projects coming under its wing, starting with an Open Glossary of Edge Computing, which is something of a dictionary to standardize edge terminology. The glossary, launched last year by a group of vendors in the edge ecosystem, will be updated continuously as new words are added to the lexicon.

Two new-to-LF projects are included. Home Edge Project is building on seed code contributed by Samsung and is focused on building an edge computing framework, platform, and ecosystem for so-called smart homes, and the Edge Virtualization Engine (Project EVE) is basically a container infrastructure with APIs for edge and IoT based on code contributed by two-year-old Silicon Valley startup Zededa.

Currently, the EVE software is proprietary, but Roman Shaposhnik, Zededa's VP of product and strategy, told Data Center Knowledge it will come under the open source Apache license (the Linux Foundation's license of choice) by the end of March, with a product release expected in the following calendar quarter.

He described EVE as "trying to be to the edge what Android has become to mobile," pointing to the fragmentation that existed in mobile devices prior to the release of Android and iOS. "These phones basically came with a few games and if you wanted a game from Erickson to be available on your Blackberry, well, tough luck, right?"

Eve utilizes "edge containers," which are identical to garden-variety Docker containers but designed to take advantage of edge-specific APIs.

"An edge container is an extension of a traditional Docker container or cloud container with a few extensions," he said. "If you are today packaging your application as a Docker container, EVE can run it, but you will not be experiencing the fullness of EVE's APIs. To an application developer, EVE looks like a container runtime environment that provides a really nice set of abstractions over all of the complexity of the edge hardware that exists today."

In other words, EVE promises to make the edge pretty much plug-and-play and "write once/run everywhere," relieving DevOps of the necessity to tweak systems for issues and security concerns that are unique to edge and IoT.

"The application developers don't have to ask themselves, for example, does this Linux kernel support hardware security TPM modules in a way that I can consume," Shaposhnik said. "All you have to do as an application developer is just consume an EVE-level API, and then EVE will translate into whatever hardware capabilities it happens to run on."

Not unusual for a Linux Foundation project, the LF Edge project already has industry support. At last count, it counted 26 "premier" members, a diverse list that includes both Red Hat and its new parent IBM, as well as Intel, Arm, Qualcomm, DellEMC, Hewlett Packard Enterprise, Tencent, Baidu, and others. In addition, the project lists 28 "general" members and three associate members.

The foundation offers a wide range of support to member projects such as LF Edge but does not typically take ownership or interfere with projects it supports.

"LF has generally pushed a lot of what we call umbrellas, which means a single governance body for multiple projects," Joshipura explained, "but the projects are still autonomous. That's what we're doing here with the edge."