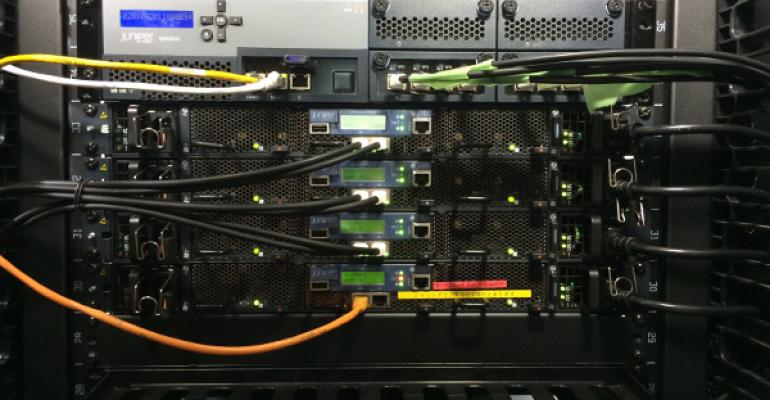 Juniper Hands OpenContrail SDN to Linux Foundation Before It's Too Late

After failing to develop a community around the project and receiving pushback from a major backer, Juniper may be saving Contrail from becoming irrelevant

This week at its annual NXTWORK user conference in San Francisco, Juniper Networks announced its intent to move the codebase for OpenContrail, its open source software defined networking project, to the Linux Foundation. While this might seem like a stereotypical open source Kumbaya moment, it probably isn't. All indications are that Juniper really didn't have much choice but relinquish control of the project, which was otherwise doomed to become irrelevant.

Of course, you wouldn't know this by listening to Juniper, which was apparently hoping for that stereotypical moment.

"Our goal of placing OpenContrail's codebase with the Linux Foundation shows Juniper's commitment to open networking and open source overall," Randy Bias, Juniper's cloud software VP of technology and strategy, said in a statement. "Over the past year, we have been working closely with the community to transition the governance for OpenContrail's codebase because we believe it has the unique opportunity to be a ubiquitous cloud-grade network fabric used everywhere. We look forward to continuing our close participation with the community once this project takes on new life under the Linux Foundation."

As Paul Harvey used to say, "And now, the rest of the story."

OpenContrail is a scalable network virtualization control plane that provides feature-rich SDN and strong security. It's used to simplify operational complexities and automate workload management across cloud environments, including multicloud. Its user base includes the manufacturer Gencore, the OpenStack cloud builder Mirantis, and the Linux distribution maker Ubuntu.

Juniper, a silicon valley-based networking company known for its routers, switches, network management software, and network security products, got the Contrail software through its purchase of the eponymous company in 2012. The following year, the giant made the software open source under the OpenContrail brand using the permissive Apache license -- the license made it possible for Juniper to roll improvements to the code into its proprietary version.

As an open source project under Juniper's control, OpenContrail didn't see much of a developer community form around it. It also found only two major backers, AT&T and the Japanese telecommunications company NTT, which isn't surprising. Open source projects under control of a single corporation often have trouble attracting developer interest. Oracle discovered this when it took control Sun Microsystem's open source portfolio. Devs often express concerns over permissive licensing. Just as often, as seems to be the case with both Oracle and Juniper, the parent company doesn't want to give up control of something they see as belonging to them.

Earlier this year at the Open Networking Summit in Santa Clara, AT&T let it be known that it was considering pushing back from the project over concerns about its community, or lack of it. The company had integrated the software into AT&T Integrated Cloud, its OpenStack data center design that includes top-of-rack switches, storage, servers, and open source software.

"The biggest challenge with Contrail is the lack of that community," Paul Carver, a principle member of the technical staff with AT&T, said at the time. "I personally have not given up yet to get more non-Juniper people working on it. But it's been a real uphill battle. The key takeaway is: the communities are what's most important to us."

Carver indicated that AT&T was taking a look at another open source SDN project, OpenDaylight (ODL), which is another Linux Foundation project. Among ODL's capabilities are the ability to configure top-of-rack switches. "Our Contrail-based OpenStack cloud runs on servers that are connected to top-of-rack switches that are manually configured," he said.

This was evidently something of a wakeup call for Juniper, which had undergone a reorganization about a month earlier. By August, Randy Bias, who is a founding member and former director of the OpenStack Foundation, was publicly admitting that Juniper had done a poor job promoting the open source project and that it was working to expand the project's community base. "In the past we focused on the commercial version, and the open version got lost without the right focus," SDxCentral reported him saying. "We have an ask in at Juniper to add dedicated headcount to the community."

The move to hand control of the project to the Linux Foundation would seem to have laid AT&T's concerns to rest, at least for the time being. "We applaud Juniper for putting OpenContrail as a project within the Linux Foundation," AT&T Labs' senior VP, Chris Rice, said in a statement. "We expect that this move will further expand its community reach and spur new innovations."

In a statement, Joshipura said, "We are excited at the prospect of our growing global community being able to broadly adopt, manage and integrate OpenContrail's codebase to manage and secure diverse cloud environments. Having this addition to our open-source projects will be instrumental in achieving the level of technology advancements our community has become known for."