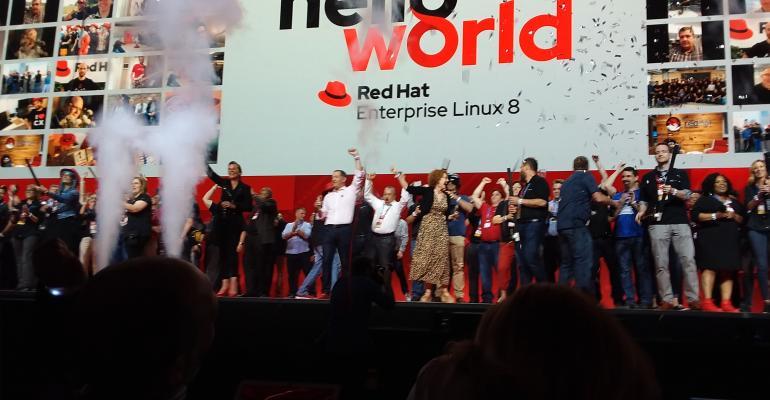 Jim Whitehurst Left IBM Because He'd Rather Be CEO

Contrary to what some may have feared, the exec's departure wasn't a sign that IBM was trying to make Red Hat more like IBM, reneging on its promise earlier.

In case you were worried that Jim Whitehurst's sudden departure from the role of IBM president may have been less than voluntary, signaling the end of a honeymoon between IBM and Red Hat, don't be. Things evidently continue going well between IBM and the open source company it bought in 2019 for $34 billion, with IBM continuing to "let Red Hat be Red Hat," as it promised.

Barron's recently interviewed Whitehurst, who said that he stepped down because he wanted to be CEO, which wasn’t likely to happen at IBM. As far as Red Hat's relationship with IBM goes, "I feel really good about the Red Hat integration,” he said.

IBM CEO Arvind Krishna's announcement on the eve of the Fourth of July weekend in the US was short on details.

"Jim has decided to step down as IBM President, however I am pleased he will continue working as Senior Advisor to me and the rest of the Executive Leadership Team as we continue to evolve our business," he said in a statement, praising Whitehurst's "pivotal role" in the integration.

The lack of detail and the fact that the announcement went on to focus on a larger management shakeup within IBM, designed to bolster Krishna's vision for the company, led some to wonder whether the resignation signaled a change in its relationship with Red Hat.

Wall Street was so concerned that IBM's stock lost nearly five percent of its value on the afternoon of the announcement. Open sourcers were also worried, afraid that the announcement signaled that Red Hat would soon find itself under IBM's thumb. The latter concern was shared by a portion of Red Hat's customers, some of whom compete directly with IBM and need assurance that there will remain several degrees of separation between the open source company and its owner.

"We did have people asking us questions," Igor Seletskiy, CEO of CloudLinux, which shares some of Red Hat's customers, told DCK. Some Red Hat customers weren't sure whether Whitehurst was simply moving on or leaving because "IBM no longer wants to be Red Hat and they're trying to make Red Hat more like IBM."

There was also some confusion within the ranks at Red Hat. Shortly after Whitehurst stepped down, Mike McGrath, Red Hat's VP of Linux Engineering at Red Hat, posted a comment on Reddit:

"I have no inside info on this, but I had always wondered if even prior to the acquisition Ginni [Rometty, IBM's previous CEO] and Jim had been talking about him taking over for her, and now through a series of actions he's in the second spot instead of the top spot and regrets it," he said, referencing Ginni Rometty, who was IBM's CEO at the time of the Red Hat purchase. "Also, Red Hat was a much smaller company when Jim joined from Delta. It could be he just finds large organizations unpalatable. Who knows?"

"He’s done amazing for us, but he wasn’t going to be here forever,” he said. "Acquired CEOs normally last a year or two."

"In my experience monitoring the industry, very rarely does a leader of an acquired company stay with the acquirer," he said. "I definitely think that Jim was gunning for the IBM CEO job and didn't get it."

That seems to be the consensus.

Speaking to Barron's, Whitehurst said that he knew he wouldn't be at IBM for long  after Krishna got the CEO job. He pointed out that with only a five-year age difference between Krishna and he, waiting for the spot to open wasn't an option.

With a resume that includes roles of CEO at Red Hat and COO at Delta Airlines, 12 years as partner at Boston Consulting Group, and degrees from Rice University and Harvard Business School, Whitehurst should have a choice of companies to lead.

"Given his track record, I'll definitely invest or buy some stock of the company where he becomes CEO," Seletskiy said. "I am a true believer that he's a good guy and knows how to run a company."