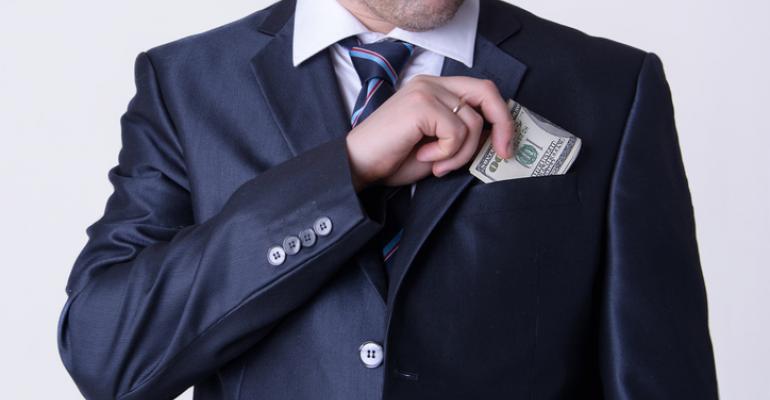 How to Monetize an Open Source Project

The problem for any small group of developers putting the finishing touches on a commercial open source application is figuring out how to monetize the software in order to keep the bills paid and food on the table. Often these small pre-startups will start by deciding which of the recognized open source business models they're going to adapt, whether that be following Red Hat's lead and offering professional services, going the SaaS route, releasing as open core or something else.

Steven Grandchamp, general manager for MariaDB's North America operations and CEO for Denver-based startup Drud Tech, thinks that might be putting the cart before the horse. With an open source project, the best first move is to get people downloading and using your product for free.

In many ways, he said, selling open source solutions is the opposite of marketing traditional proprietary products, where adoption doesn't happen until after a contract is signed.

"In a proprietary software company, you advertise, you market, you make claims about what the product can do, and then you have sales people talk to customers. Maybe you have a free trial or whatever. Maybe you have a small version. Maybe it's time bombed or something like that, but you don't really get to realize the benefit of the product until there's a contract and money changes hands."

Selling open source solutions is different because of the challenge of selling software that's freely available as a GitHub download.

Grandchamp knows more than a little about making software pay, from both the proprietary and open source sides of the fence. In the 1980s he served as VP of research and development at Formation Technologies, and became SVP of R&D at John H. Harland after it acquired Formation in the mid-90s. He joined MariaDB in 2016, after serving eight years as CEO at OpenLogic, which was providing commercial support for more than 600 open-source projects at the time it was acquired by Rogue Wave Software. Along the way, there was a two year stint at Microsoft's Redmond campus.

OpenLogic was where he discovered open source, and his experiences there are key to his approach for monetizing open source projects.

"When I got to OpenLogic, I was told that we had 300 customers that were each paying $99 a year for access to our tool," he explained. "But the problem was that nobody was renewing the tool. So I called every single customer that I could find and said 'did you like the tool?'"

It turned out that nearly everyone he talked to was extremely happy with the company's software, which ironically was the reason they weren't renewing. The company's tool solved their problem so well there was no need to renew.

"What could we have offered that would have made you renew the tool?" he asked. "They said, 'If you had supported all of the open source products that your tool assembled for me, then I would have that ongoing relationship with you.'"

Grandchamp immediately grasped the situation, and when the CTO said such support would be impossible, Grandchamp didn't mince words: "Then we don't have a company."

"We figured out a way to support it," he said. "We created something called the Open Logic Expert Community. We developed relationships with committers and contributors to a couple of hundred open source packages, and we acted as sort of the hub of the SLA for our customers. We had some people on staff, too, who knew the big projects."

After that successful launch, Grandchamp and his team began hearing from customers that they were confused over exactly what open source code they were using in their projects. That lead to the development of what he says was the first software-as-a-service compliance portal of open source, which could scan an application's code and produce a list of all of the open source code included in the project. When customers then expressed confusion over compliance issues, the SaaS service was expanded to flag potential licensing conflicts.

Although the product lines were completely different, the same approach was used to monetize MariaDB, then called SkySQL, after MySQL co-founders Michael "Monty" Widenius, David Axmark, and Allan Larsson created the project by forking MySQL, which Oracle had acquired from Sun Microsystems in 2010.

Again, users were approached and asked what things they would be willing to purchase.

"They wanted different functionality in the database, and you didn't really understand this if you didn't talk to your customers," Grandchamp explained. "Monty and his team, while they were being acquired at Sun and Oracle, were working on all kinds of new functionality, around cloud deployments, around different ways to do clustering, they were working on lots of different things. That work, Oracle and MySQL didn't really pick up."

Rolling in the new features customers wanted needed to be handled gingerly, because it was important to the folks at MariaDB to not break compatibility with MySQL. This necessitated a strategy around when the code bases would come together and when they would separate. "That road map, knowledge, influence and technical information was worth paying for."

As with OpenLogic, MariaDB customers expressed a willingness to spend money on a variety of fronts. For example, a big driver in the early days was a project called Remote DBA, which helped customers make up for a shortage of qualified database administrators. The project could help with design issues, as well as monitor existing systems to take the workload off of a customer's DBA team. The service also offered access to MariaDB's own DBAs, many of whom had a history with the database going back to the early days of MySQL.

"That was a subscription offering that people were definitely willing to pay for," he said.

The company also learned, again by asking and listening to customers, that there were various types of support subscriptions that customers were willing to purchase, including subscriptions around capability and functionality, and a managed service component of Remote DBA.

These days Grandchamp is putting much of his focus on his latest project, Drud, a startup that offers a suite of integrated, automated, open source development tools for developing and managing multiple websites, which can be running on any combination of content management systems and deployment platforms. It is monetized partially through modules that add features like a centralized dashboard and an "intelligence engine."

As you might imagine, he got it off the ground by talking to customers and giving them what they indicated they'd be willing to purchase.

"Our number one customer target is the agency market," he said. "The enterprise market is a big target, but I believe it's our second target, not our first. And the reason it's number two is they don't make decisions very fast. There are technology refresh cycles that have to come up, there are lots of politics involved and lots of different vendors. It's lucrative once you're in, but in a startup you've got to figure out how to pay your bills. I want to pay my bills today. I don't want to pay them in three years."

Drud's focus on the agency market illustrates another consideration: the importance of understanding something about your customers' business. When talking with agencies, many said they were tired of being offered generic software that really didn't match their needs from proprietary vendors that didn't understand their business. In Drud's case, that understanding is built into the company DNA. The software was developed by an agency to fill its own needs.

"We are a platform designed by an agency for an agency," Grandchamp said. "Right there is a relationship that they're willing to pay for. We know their business."

Grandchamp noted that startups also need to be able to distinguish users from customers. Most of the people downloading and using commercial open source software aren't the people who have authorization to make purchasing decisions. These users, however, can point to the people who control the purse strings.

"It's our job to build a way to communicate with those users, provide them value so that they'll give us value," he explained. "It has to be an equal exchange. I give you value of a tool that works, some advice, really good documentation, access to experts who can sort of guide you along. Along the way I'm asking you for pieces of information. Who do you work for? How are the technology decisions happening in your company? Are there other people in your company that we should refer the product to? We have to create the dialog."

In the end, Grandchamp said, in the open source world the people who go out to find business probably shouldn't see themselves as salespeople, but rather, as problem solvers.

"People don't like to be sold," he added, "especially in open source. The last person they want to see is the sales person, but they like to ply and try and consume and give you input and give you feedback. They love that."