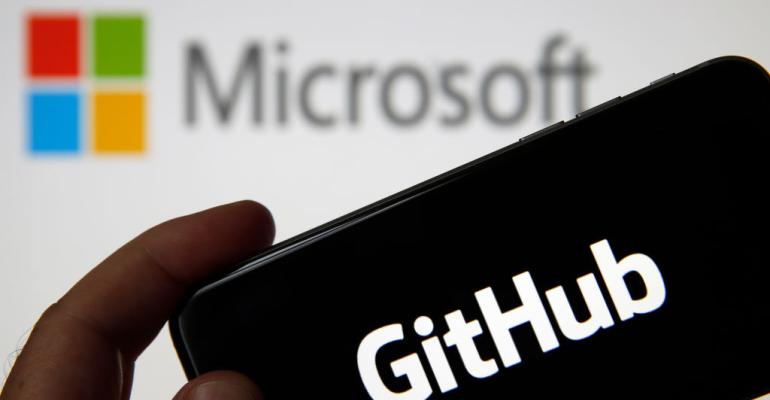 GitHub Sponsors wants to make sure independent open source developers can get paid for what they do, so the project has been expanded by adding corporate patrons.

Until fairly recently there wasn't a tried and true way for an open source software developer to make money designing and maintaining an open source project without getting a job working for a large open source vendor, which meant writing code for somebody else's applications and having no control over the direction of the project.

This left small independent developers out in the cold or working for peanuts. This funding issue even affected some projects that were essential to enterprise IT users -- often with disastrous effect.

In 2014, for example, the Heartbleed security vulnerability in the widely used OpenSSL cryptography library was discovered and exploited in the wild. It ended up costing companies using the software at least $500 million when they fell victim to the black hats.

After the dust settled, it turned out that despite its near universal use, the openSSL project was being maintained by a single full-time developer being helped by a handful of volunteers and getting by on about $2,000 in annual contributions.

GitHub Sponsors to the Rescue

"Traditionally, to work on software at all, and especially open source, you had to find backing from a large corporate sponsor that would hire you as a full-time developer, and then they would effectively get to decide the roadmap of your project; they would have a lot of input because they're paying your salary," Devon Zuegel, GitHub director of product and GitHub Sponsors lead, told DCK.

"That works really well for certain projects," she explained, "but there are other types of projects where maybe there's not one company that gets enough value from that one project to justify a full-time engineer, or maybe you're a developer who really wants to be able to have the independence to decide your own roadmap and you would prefer to get a lot of funding from a lot of different places."

"We see GitHub Sponsors as a way to sort of get that crowdfunded support from the whole community, which gives you a little bit more flexibility as a developer to be independent and to be able to be the leader of the community," she said.

The project was an immediate success, helped along by GitHub sweetening the pot with an offer to match donations up to $5,000 per person during the first year.

Developer adoption of the project was helped further last June, when Caleb Porzio wrote a blog that detailed how he added his own twists to the program, which enabled him to earn over $100,000 in a six-month period.

"Our approach to building GitHub Sponsors has been around giving them building blocks that they can then stick together and build different types of things on top of," Zuegel said. "We never would have thought of the sponsorware concept that Caleb put together, but by giving him the building blocks he was able to create that out of thin air, which was really exciting to us."

She added that Porzio is continuing to see success using the platform and has more than doubled the amount he's earned since writing the blog post.

In December, GitHub expanded the Sponsors program by adding a new ingredient to the mix: corporate sponsorship. Zuegel said that until then the project only allowed donations from other individual developers, with the average donation being in the range of $5-$10 per month.

"This is a really important step, because while the community can provide a broad base of funding that gives you a lot of independence, if you bring companies into the mix, you both get the broad base and also a big spurt of funding at the same time," she said. "You get the best of both worlds, with lots of independence, but at the same time, a large amount of funding, which will allow you to take that next step and quit your job if that's what you're trying to do."

She noted that the expansion has been met with an enthusiastic response from enterprises.

"We got really resounding enthusiasm from these companies," she said. "What we had been hearing from them was that they wanted to sponsor open source all along. These projects are part of their digital supply chain, and if any of those projects are compromised, or not performant, or just buggy, that creates problems downstream in their apps. It's really a business need for them to make sure that the software is well maintained."

Like Porzio, these corporate participants are each finding unique twists for funding developers that fit their own needs. As examples, Zuegel pointed to Stripe, which is funding a project that develops software essential to its payment infrastructure to make sure the software continues to be maintained, and to the big data startup RudderStack, which is paying to have features it needs developed.

Zuegel told us that there are still countries where the Sponsors program isn't yet available, as the logistics of making payments, meeting local regulations, and the like are worked out. She said that as each new country is opened, GitHub Sponsors will offer matching donations of up to $5,000 per person for a year in that country to help get the program started, just like they did when they initially started the program here.

She added that developers can take advantage of GitHub Sponsors even if they're using a repository other than GitHub as their development platform.

"We accept anyone who does open source work on any platform," she said. "We do require that they share a link to the project as proof, but if someone is super active on GitLab and not on GitHub, they're welcome into the GitHub Sponsors program as well."