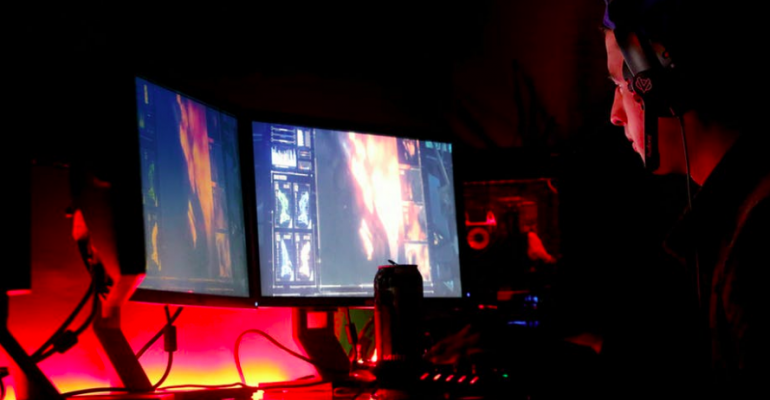 Does Linux on the Desktop Have a Future?

Linux was created first and foremost with PCs in mind, but Linux on the desktop is no longer where innovation is at.

Open source software is in its heyday. When even Microsoft jumps on the open source bandwagon, you know that open source has become the “default” approach to software development, as Black Duck put it in 2015. Yet amid the massive success that open source now enjoys, one trend has gone almost unnoticed: the stagnation of Linux-based operating systems for desktop computers.

Sure, Linux may be the leading operating system on IoT devices. And if you count Android as a Linux distribution, then Linux dominates the world of mobile operating systems. But, personally, I don’t think Android qualifies as a form of Linux. And the fact that folks are running Linux on proprietary IoT devices does not make up for Linux’s poor showing in recent years on desktop PCs.

All of the above begs the question: Does Linux have a future as a desktop OS? Or, has Linux quietly lost the desktop wars, even as open source has conquered so many other niches?

A Brief History of Desktop Linux

If you have followed the history of Linux since its creation (or have read my book on the history of open source software--yes, that’s a shameless plug!) you know that Linux was created first and foremost with desktop PCs in mind. One of Linus Torvalds’ chief motivations for writing the Linux kernel in 1991 was that the other Unix-like operating systems available to him, such as Minix, didn’t work well on x86 PCs. Torvalds wanted a Unix-like kernel that did work well on x86 systems, like the kind he had at home, so he wrote his own (with a lot of help from tools created by the GNU project).

For many years, it looked as if Linux was slowly but surely on its way to conquering the desktop--or, at least, establishing a solid foothold in the PC market. Although Linux’s greatest commercial successes were in the server market, to which companies like Red Hat adapted Linux starting in the mid-1990s, a lineup of increasingly sophisticated and increasingly user-friendly Linux distributions made Linux more and more practical for the desktop-computing needs of non-geeks. These distros started with Slackware in the early 1990s, continued with distributions like Mandriva in the later 1990s, and reached their apex with Ubuntu--the self-proclaimed “Linux for human beings”--in the 2000s.

It was thanks to those distributions that significant numbers of individual computer users, as well as major organizations, started ditching Windows in favor of Linux to power their PCs. The French national police and the city of Munich were two prominent examples. Even my mom was using Linux by the later 2010s (although she didn’t necessarily know it).

The Stagnation of Desktop Linux?

If you look around today, however, you’ll notice that success stories involving desktop Linux are harder to find.

Munich ditched Linux after a 10-year trial and went back to Windows. Once-famous desktop distributions like Mandriva have bitten the dust. (I should note that, like all good open source projects, Mandriva never truly died. But the company behind it did, and I seriously doubt that any derivation of Mandriva has a real future.) Even my mom is back to running Windows.

From a quantitative perspective, the (very imperfect) data collected about desktop OS market share suggests that Linux’s popularity has not changed appreciably--and has remained consistently below 2 percent--for at least the past eight years. The market share of Windows has declined significantly in that time, but that was thanks to a steady uptick in the market share of Apple’s macOS, not anything the desktop-Linux folks were doing.

I’d also contend that not much exciting has happened in the world of desktop Linux in the past several years, at least compared to earlier rates of innovation.

Back when I started using desktop Linux in 2004, it seemed like every year brought miraculous new advances in features and usability. By 2005 or 2006, I no longer had to edit xorg.conf by hand because my distribution auto-configured my display settings. Around the same time, graphical acceleration came to Linux desktops. This not only let me turn my computer into a 3D cube to show off to my college roommates, but was also actually useful because it made it easier to take advantage of virtual desktops. By 2008, my wireless card “just worked,” which was a huge deal. And, circa 2010, Ubuntu was radically overhauling desktop environments and application interfaces in order to keep pace with the needs of people with smaller screens and help “converge” desktop Linux with Linux for mobile devices.

These days, however, I’m having a hard time thinking of anything really exciting that has happened in the world of desktop Linux lately. The list of major new features in Ubuntu 18.04, the most recent long-term support release of the most popular desktop Linux OS, is limited to stuff like “Xorg becomes the default display server again” and “minor changes in the looks of Nautilus File Manager.” Unless you are someone who gets really excited thinking about display backends, or who likes to spend hours analyzing your file browser pixel-by-pixel, you probably don’t care much about either of those updates.

It seems to me, then, that desktop Linux peaked circa 2010, then entered into a period of stagnation that has lasted into the present. Today, you’d be pretty crazy to believe that the fabled Year of the Linux Desktop is still in the cards.

Is There Hope for Desktop Linux?

Let me end on a positive note, however, by observing that stagnation does not equal obsolescence. The fact that desktop Linux is no longer making as many headlines as it once did, or gaining major new features all the time, doesn’t mean that it’s disappearing. Its market share has remained more or less flat (with periodic fluctuations), but it is not shrinking.

And, to a certain extent, the fact that we’re seeing less innovation in desktop Linux is a reflection of how far desktop Linux has come. Fifteen years ago, Linux for PCs had so many shortcomings that it was easy to make major innovations. Today, distributions like Ubuntu work so well that there are many fewer obvious places for improvement.

Plus, desktop operating systems as a whole are no longer what they once were. Not much of note has happened in the world of Windows PCs recently, either, apart from Microsoft’s persistent efforts to make the Windows interface more and more confusing. The biggest innovations today are taking place in areas like mobile computing and the IoT--areas in which, as noted above, Linux has a strong presence in one form or another.

Desktop Linux, then, is here to stay. It has just ceased to be the place to look if you want to see all the great things that open source is capable of doing.