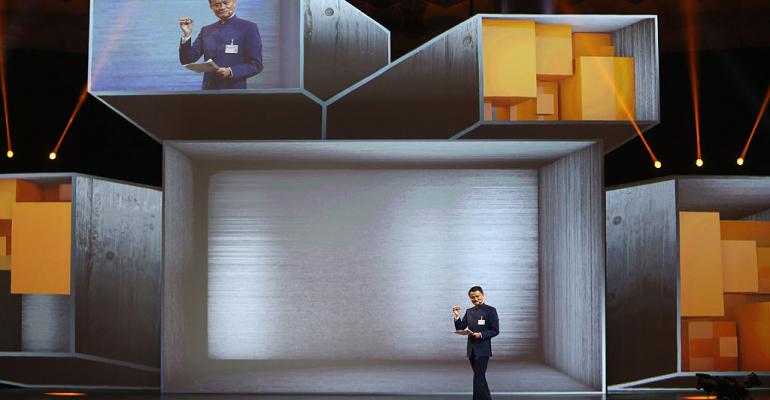 Red Hat to allow existing subscriptions to migrate to Alibaba Cloud through its Cloud Access program.

Red Hat is teaming up with Alibaba Cloud to make its entire line of enterprise solutions available on the largest public cloud provider in China. In a way, this is business-as-usual for the open source software company; its products are already available in the cloud in China -- on Amazon Web Services and Microsoft Azure -- and it has substantial presence throughout Asia Pacific markets.

Although a deal has been inked, customers won't be able to spinup instances of Red Hat Enterprise Linux or OpenShift just yet. Jane Circle, a global manager with Red Hat's Certified Public Cloud Provider program, told Data Center Knowledge that general availability is still a bit down the road.

"We're just saying 'in the coming months' right now," she said. "Obviously the relationship is very new. We're still working with them. We have a partnership and joint efforts going together."

The announcement was made last week, to coincide with Alibaba Cloud's The Computing Conference in Hangzhou, China.

Both Red Hat and Alibaba seem to be all-in on this. Alibaba Cloud has become a Red Hat Certified Cloud and Service Provider and will offer RHEL on a pay-as-you-go basis in the Alibaba Cloud Marketplace. Red Hat customers will be able to use the company's Cloud Access program to move eligible unused existing subscriptions to Alibaba Cloud.

The certification program seeks to ascertain that managed service providers, public clouds, and others are capable of successfully deploying Red Hat's software.

"We cover our entire portfolio in the program," Circle said. "We're obviously concentrating right now on emerging technologies with OpenShift, Ansible, and microservices with JBoss, but certainly the bellwether for our providers is to be able to offer RHEL on their cloud service because of the demand for RHEL within the enterprise space."

Although Red Hat in the cloud is already available in China, the new arrangement is important because it makes the company's software portfolio available on the largest cloud in the largest of the emerging markets. This benefits existing customers with expansion plans that include what is now the world's second largest economy. It also promises to generate revenue from inside the country.

In September, during Red Hat's second-quarter earnings call, CEO Jim Whitehurst said that on-demand RHEL revenue from public clouds takes in more than $200 million yearly and "is growing twice as fast as the company overall." During the same call, the company's executive VP and CFO, Eric Shander, indicated that 19 percent of Red Hat's bookings come from the Asia Pacific market.

"Obviously, what we want to do is meet the demand that's already there in the market, since we already have customers there using all of our technologies," Circle said. "That's why having Cloud Access and allowing customers to bring their own subscriptions, whether that's OpenShift, JBoss, Gluster Storage, as well as RHEL, is really important for our customers."

The partnership is also important to Alibaba, which in August passed the one million paying customer mark. The most obvious benefit for the cloud provider is the added revenue it stands to gain from customers spinning-up Red Hat's products, but there's also the fact that it must compete on a feature-by-feature basis with other cloud providers if it wants to remain mainland China's largest cloud provider. In other words, Red Hat on AWS and Azure dictates that Alibaba must have it too.

Understandably, that's not an aspect that Alibaba is likely to stress.

"As enterprises in China, and throughout the world, look to modernize application environments, a full-lifecycle solution by Red Hat on Alibaba Cloud can provide customers higher flexibility and agility," Yeming Wang, deputy general manager of Alibaba Cloud Global said in a statement. "We look forward to working with Red Hat to help enterprise customers with their journey of scaling workloads to Alibaba Cloud."

And that's undoubtedly true too.