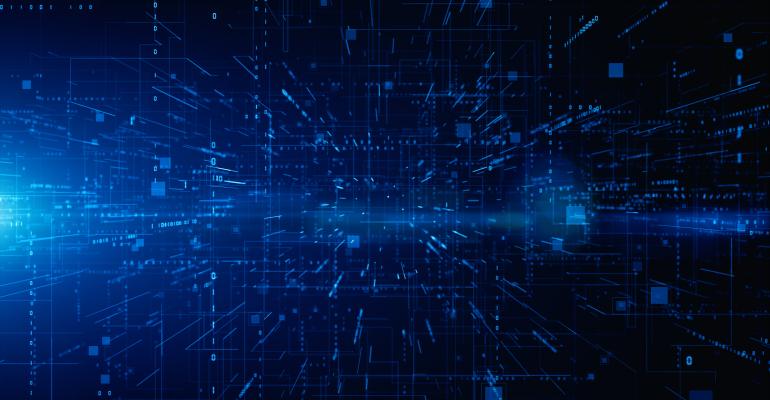 Three basic commands can help you monitor system resource use in Ubuntu and other Linux distributions. Learn about the DF, Top, and Free commands.

A big part of maintaining a healthy Ubuntu machine is ensuring it has the right amount of system resources available. System resources should sufficiently accommodate any workload that may run on the machine, as well as meet the needs of the OS itself.

Fortunately, there are three simple Ubuntu commands you can use to monitor hardware use.

Related: How To Create Ubuntu Virtual Machines the Easy Way

The first command to know is the DF command.

DF stands for “Disk Free.” As the name implies, the DF command is used to find out how much free disk space is available.

If you come from a Windows background, you will find that the DF command works a little bit differently than the Get-ChildItem cmdlet or DIR command. Those commands display the current volume’s contents and the amount of remaining disk space.

By contrast, when you enter the DF command, Ubuntu will display a list of file systems present on the system, as well as the total size and amount of free space available within each file system.

As a best practice, you should append the -H switch when using the DF command. The -H switch tells Ubuntu to put the results into a human-readable format. The output will be shown in megabytes and gigabytes as opposed to bytes. You can see what this command looks like in Figure 1. 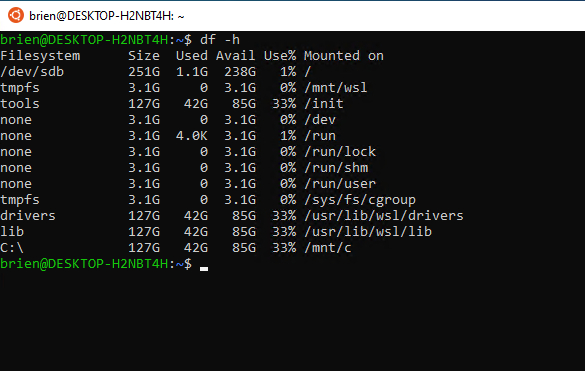 Windows systems use numerous background processes to perform low-level tasks within the operating system. There are also processes associated with any applications that you might choose to run. You can view these processes through the Windows Task Manager or by using the Get-Process cmdlet within PowerShell.

The concept of processes is not unique to Windows. Ubuntu and other Linux systems also make use of processes. As in the case of Windows systems, some of these processes make extremely light use of the available hardware resources, while others tend to be far more demanding.

Figure 2. The Top command provides information about the processes that are running on the system.

If you try the command on your own system, the Top data will be continuously displayed until you press Ctrl+C.

Incidentally, the screen capture shown in Figure 2 was taken from a command line-only Ubuntu shell running on the Windows Services for Linux. The reason why most Linux deployments are command line only is because the GUI consumes a significant amount of system resources.

To see just how much of a difference this makes, see Figure 3, which shows the results of running the Top command on an Ubuntu machine that has the Linux desktop installed. 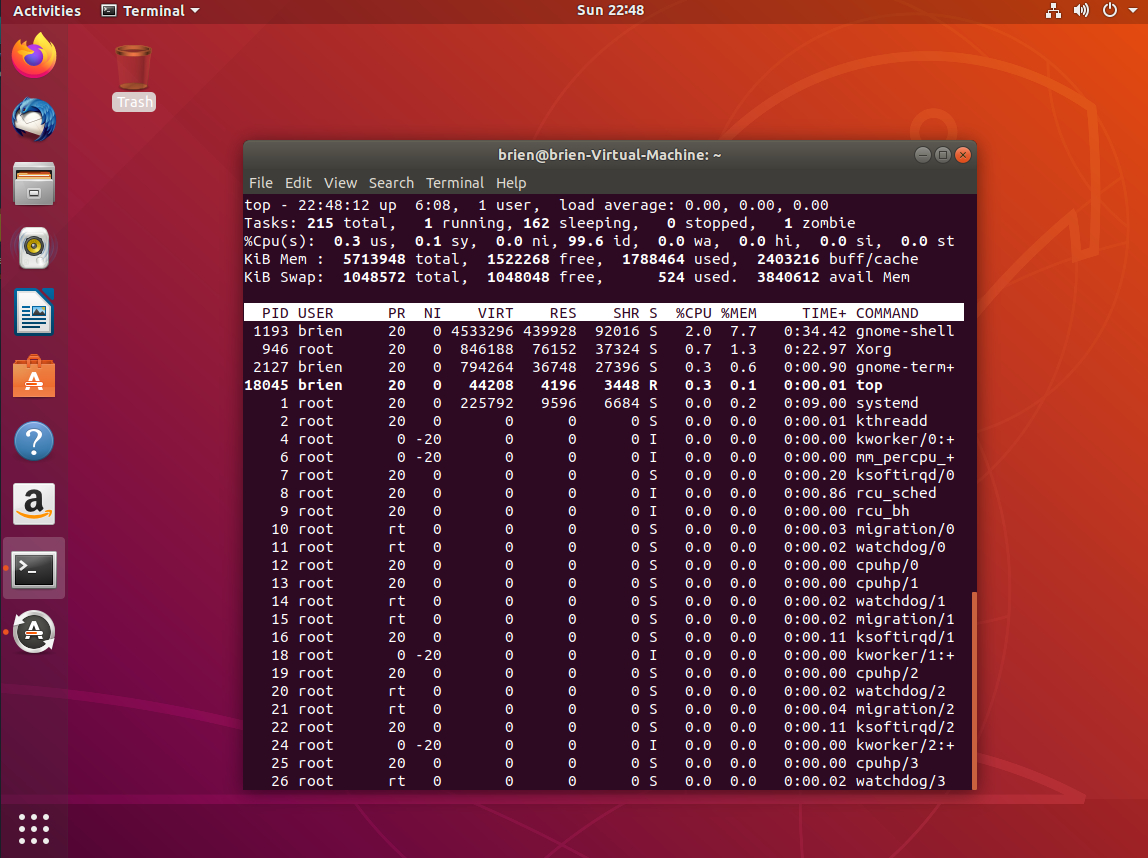 Monitoring Memory Use: The Free Command

Figure 4. The Free command shows how the system is using the available memory.