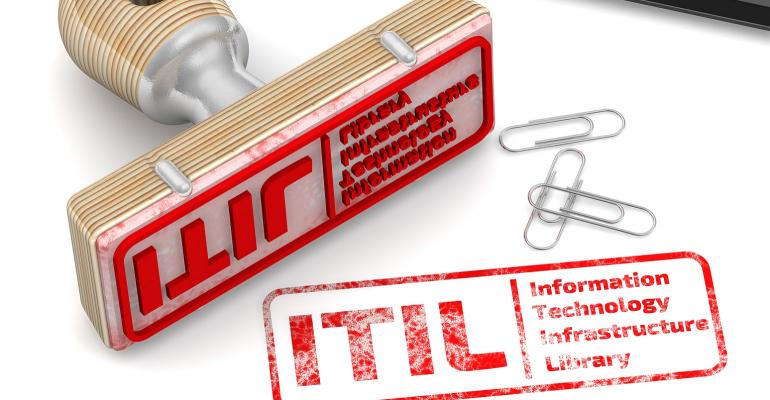 How Important Is an ITIL Certification in 2022?

In the age of DevOps, getting an ITIL certification isn’t as crucial as it once was. But there are still reasons for becoming ITIL-certified.

If there were a professional bible for IT engineers, the Information Technology Infrastructure Library, or ITIL, would be it. For years, understanding the ITIL — and demonstrating ITIL mastery via ITIL certification — was a key requirement for a variety of IT jobs.

Arguably, however, the ITIL is less important today. Although it’s certainly not time to write off the ITIL, IT engineers — whether they are new to the field or are in established positions but looking to move up — might do better to invest in other types of knowledge and certifications, depending on their goals and location.

What Is the ITIL?

The ITIL is a series of guidelines designed to help businesses define and manage IT operations.

Although the ITIL is not a compliance framework, it’s similar to one in the sense that it lays out a variety of concepts and practices for IT teams to follow. For the most part, these guidelines are written at a high level; the ITIL doesn’t tell you exactly how to do things, or which specific tools to use, as much as it tells you which key considerations to keep in mind when approaching IT management. This is particularly true in the latest version of ITIL — ITIL 4 — which is less prescriptive than earlier iterations.

For instance, ITIL 4 contains a series of guidelines related to change management within IT processes. It doesn’t specify precisely how to manage changes, but it recommends basic best practices such as categorizing changes based on their level of risk and importance and managing them accordingly.

The ITIL dates all the way back to the late 1980s. It saw several refreshes over the course of the 2000s, but it remained unchanged for most of the 2010s. It wasn’t until 2019 that ITIL 4 was released.

This means that, until relatively recently, the ITIL wasn’t updated for the age of DevOps, microservices, containers, and the other key trends that revolutionized IT management over the past decade.

The Changing Value of ITIL Certification in a DevOps Age

The fact that the ITIL hasn’t done an excellent job of keeping up with innovation in the IT industry is one reason why learning the ITIL and getting an ITIL certification (which is available from Axelos, the organization that currently manages the ITIL) are arguably less important than they once were. Today, you’re perhaps more competitive on the IT job market if you are certified in DevOps than in ITIL.

After all, 10 or 20 years ago, the ITIL was really the only conceptual framework out there to serve as a guide for IT operations. Today, however, DevOps assumes a similar role. DevOps is not a singular framework or set of best practices in the way that the ITIL is. But DevOps nonetheless offers a conceptual foundation for shaping the way your organization approaches IT operations and related domains.

The ITIL is also arguably limited in the sense that it focuses relatively narrowly on IT operations. That’s a drawback in an era when organizations face increasing pressure to “de-silo” their various technical teams by facilitating collaboration between developers, IT engineers, security engineers, QA experts, and so on. Investing in a framework that mostly addresses the needs of only IT engineers isn’t an excellent starting point for cross-organizational collaboration.

An additional factor to weigh if you’re considering getting ITIL-certified is that some employers may care more about your ability to demonstrate practical skills on the platforms they use than about your mastery of ITIL concepts. In other words, it may be more valuable to be certified in, say, AWS or Azure than in ITIL. Practically speaking, engineers who know how to manage complex cloud workloads may be more valuable to modern businesses than those who understand the ITIL’s relatively abstract recommendations about things like change management.

It’s worth noting, too, that the ITIL carries different levels of weight in different geographical areas.

It’s most important in Europe, where it originated and where Axelos is based. (Indeed, Axelos and the ITIL are partly sponsored by the U.K. government.) U.S. companies are less likely to place a priority on ITIL certification among their engineers.

On balance, the ITIL clearly remains important to a number of businesses. A quick search of job sites reveals many thousands of ads that mention the ITIL, for example. Learning the ITIL and getting an ITIL certification are certainly not going to hurt you.

Still, whether ITIL mastery is as important as it was 10 or 20 years ago remains up for debate, especially in the United States. In the age of DevOps, the ITIL is no longer quite as crucial as it once was.