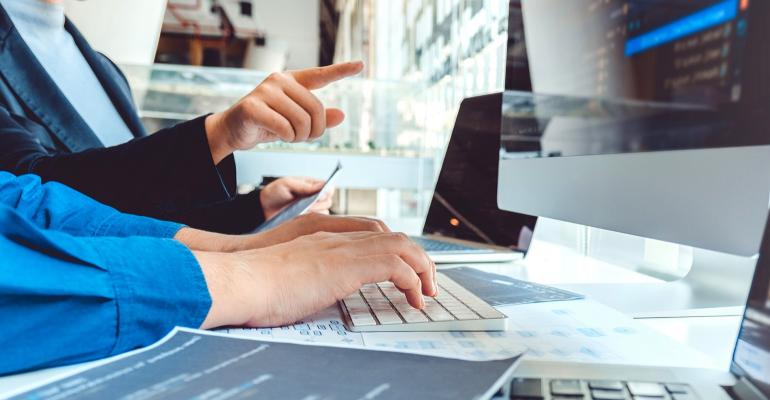 7 Reasons to Pursue an IT Operations Engineering Career

Don't let the lower pay of an IT operations engineer dissuade you from following that career path — there are other benefits that may be more important to you.

IT operations work doesn't pay — or, at least, it doesn't pay quite as well as work in other IT-related roles, such as security and software development.

But that shouldn't discourage you from becoming an IT operations engineer if that's where your heart lies. Here are seven reasons to work in ITOps, if you can look beyond salary.

1. ITOps Is in Demand

Although IT operations engineering jobs may not pay quite as much as those in similar fields, there are plenty of job openings for IT engineers. And there is no sign that that will change anytime soon.

If you want a career with solid job prospects for the foreseeable future, then IT operations will provide you with that.

Along similar lines, compared with other tech roles, IT engineering tends to be more generic — which means it's easier to find a job without specializing in a specific niche.

If you are a developer, for instance, you may only be qualified for certain jobs based on the type of development work you do or the languages you know. If you work in cybersecurity, you may only be competitive for jobs involving specific security domains, like network security or application security.

In the past, working as an IT engineer may have entailed sitting in front of consoles all day, manually configuring systems or troubleshooting problems. It was, in a word, tedious.

But today, technologies such as infrastructure as code (IaC) and the NoOps trend mean that much of the more tedious elements of IT operations work can be automated away. As a result, IT engineers get to spend their time on dynamic, interesting tasks.

4. ITOps Is a Springboard to Other Roles

IT operations forms the foundation for many other IT functions — such as security, software engineering and software testing. This makes it easy to transform yourself from an IT engineer into another type of engineer, if you choose.

This isn't usually true for other types of engineers. While it's not impossible to switch domains, it would likely take more work for, say, a developer to become a cybersecurity specialist because the developer would need to master domains (like infrastructure management and incident response) that typically are not major parts of software engineering work but are central to IT work.

5. You Get to Code — Among Other Tasks

If you enjoy coding but you don't necessarily enjoy doing it all day long, IT operations is a great fit. IT engineers leverage code to configure systems and automate workflows.

But unlike software developers, IT operations specialists don't have to spend their days immersed in code. Nor do they face as much pressure to perfect their code: Optimizing a maintenance script that updates a server is less important than perfecting end-user applications.

6. You Get to Interact with People, but Not All Day Long

IT operations roles allow you to strike a healthy balance between interacting with people and doing focused, heads-down work. As an IT engineer, you're likely to spend part of your day interfacing with end users and working with other technical teams.

But you don't have to spend all day doing end-user support, as you would in a help desk role. Nor will you be consigned to a workstation where you code all day long in isolation, as you might if you work in software development.

IT technologies constantly evolve. So do the processes and methodologies that shape the IT ecosystem, which change as frameworks like the ITIL evolve.

This means that, as an IT operations engineer, you'll always be learning new things. You won't be stuck using the same tools and processes year in and year out.

To be fair to other fields, the same holds true for most tech-centric roles. Cybersecurity, software engineering and the like also require constant mastering of new concepts and technologies. But at least IT operations is no exception in this respect.

Conclusion: Look Beyond the Pay

In short, IT operations engineers enjoy jobs that are easy to find and provide a pretty dynamic work environment once you land one. Depending on your preferences, these ITOps benefits may outweigh the slight pay differentials between IT engineering and other tech roles.