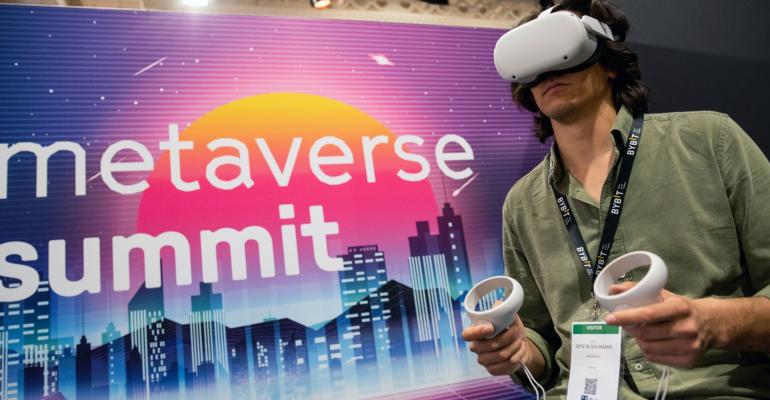 Wall Street is pounding the table on the next big thing in technology, predicting the metaverse could be a $13 trillion industry by the end of the decade. Investors remain to be convinced.

(Bloomberg) -- Wall Street is pounding the table on the next big thing in technology, predicting the metaverse could be a $13 trillion industry by the end of the decade. Investors remain to be convinced.

Investing in the building blocks of the metaverse -- digital worlds where users can socialize, play games and conduct business -- or in companies that help create the experience, are viable early investment opportunities, Andre Lin, a Citigroup Inc. analyst, said in a note this week. He pegs the size of the industry at $8 trillion to $13 trillion by 2030.

Facebook’s parent company, one of the biggest corporate proponents of the new world, changed its name to Meta Platforms Inc. in October and pledged billions of dollars of metaverse investments. The next step in the transformation came Thursday, when the company changed its stock symbol to META from FB. The stock was little changed as it traded on its new ticker. 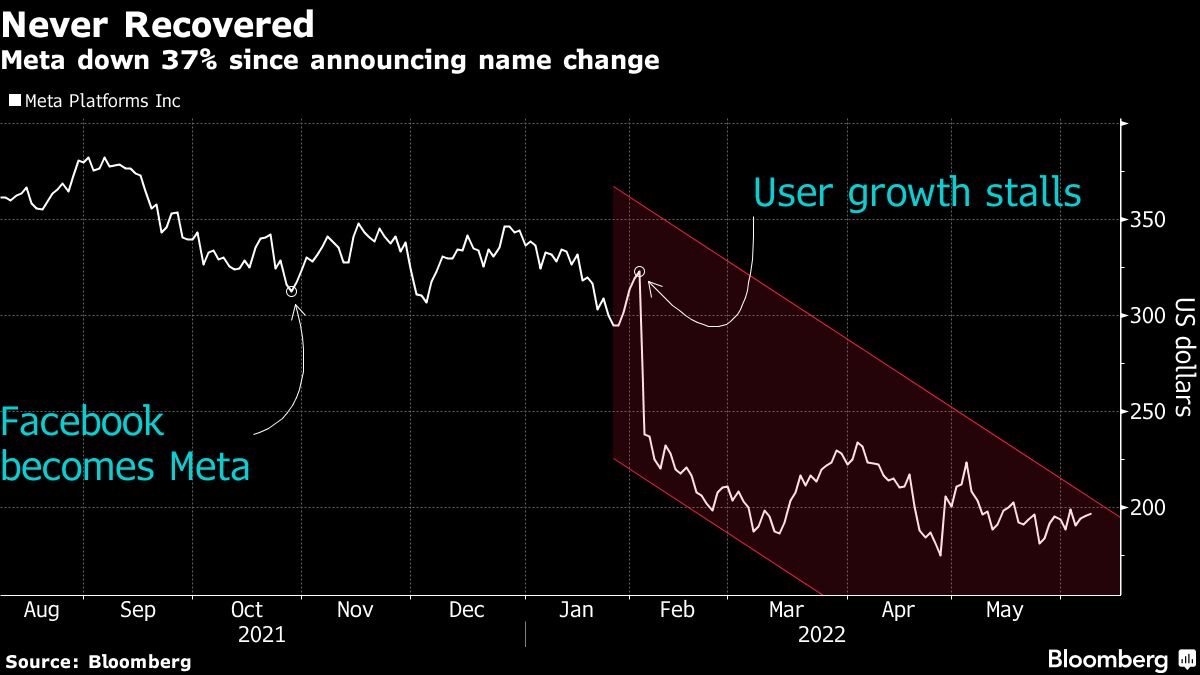 For now, though, skepticism is high: The Roundhill Ball Metaverse ETF, the biggest of the seven U.S. exchange-traded funds that aim to capitalize on the trend, has plunged 39% in the past year. Meta shares have collapsed by almost half from their 2021 peak.

The risk is that the promise of a new world turns out to be overblown hype that costs investors billions, as was the case with e-commerce in the late 1990s and cannabis and the blockchain more recently. It’s still not clear that social media users will shift to the new technology, and if they do, how soon advertisers will follow, said Morningstar Investment Service’s Ali Mogharabi.

“The metaverse will certainly become bigger than it is now, but whether it really takes over social media, and users start using the metaverse versions of Instagram or Facebook -- as opposed to the current versions -- that remains to be seen,” he said in an interview.

When Meta chief Mark Zuckerberg dove headfirst into the idea of building a metaverse last year, he propelled the once-niche term into one of the top Silicon Valley buzzwords. A study by research firm GlobalData found that 40% more companies globally mentioned “metaverse” in their filings in the first quarter than in the same period a year earlier. 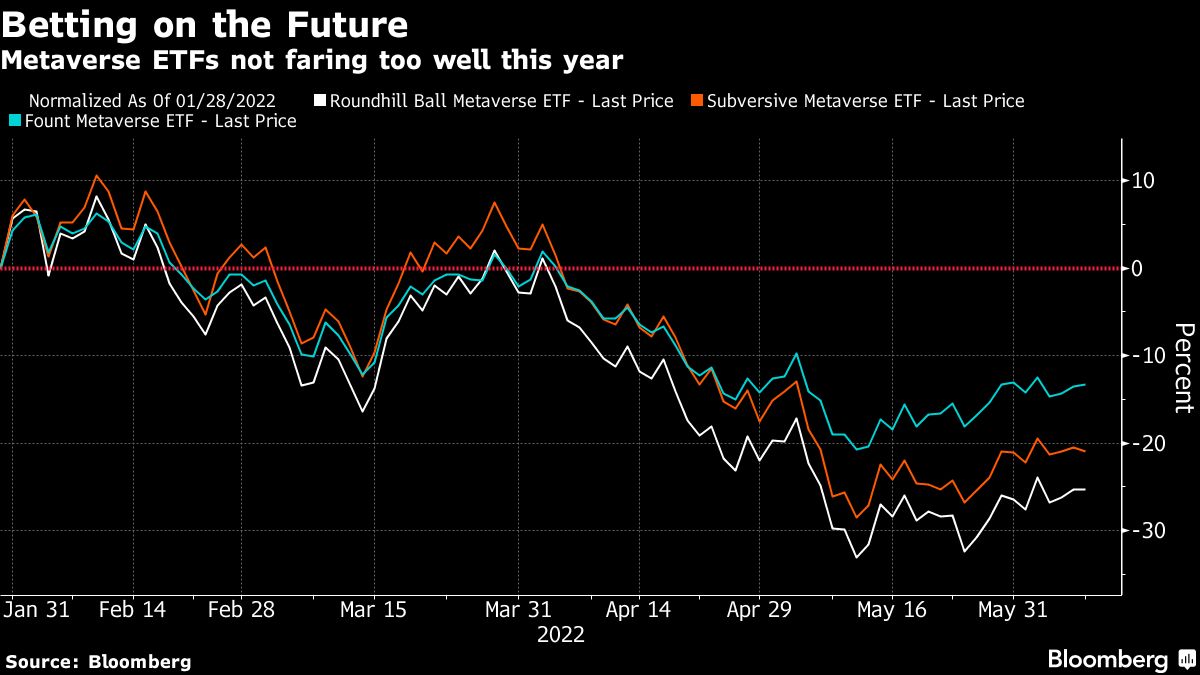 Facebook’s shift also added fuel to shares of companies that were expected to benefit from the metaverse, which were already rallying: Chipmaker Nvidia Corp. and gaming company Roblox Corp. both more than doubled last year.

The subsequent bear market in technology stocks has seen investors flee the most speculative stocks, including metaverse plays, for safer alternatives.

There are still no profitable large-scale business models for a metaverse-focused company. Nvidia and Roblox have slumped 44% and 76%, respectively, from their peaks as the Federal Reserve tightened monetary policy to fight rising inflation, spooking investors away from highly valued stocks.

At Citigroup, Lin is advising investors to stick with the companies that provide the pipes and gear that make the metaverse possible. “For the near term, telco operators and equipment vendors look to be the most investible plays on the metaverse, as greater data usage lifts incremental revenues,” Lin wrote, mentioning T-Mobile US Inc. and Qualcomm Inc. among many others.

And the bulls aren’t letting up.

Much like the impact of mobile technology, metaverse adoption in key segments of the economy such as education, health care, manufacturing, job training, communications and entertainment will be transformative, said Pedro Palandrani, director of research at Global X, a New York firm that created the Global X Metaverse ETF in April. The fund has $2.4 million in assets.

“So clearly, when we’re considering such a long-term shift, with trillions in addressable market at disposal, it is always a great time to jump in -– especially for investors with the appetite to play the long game,” he said.