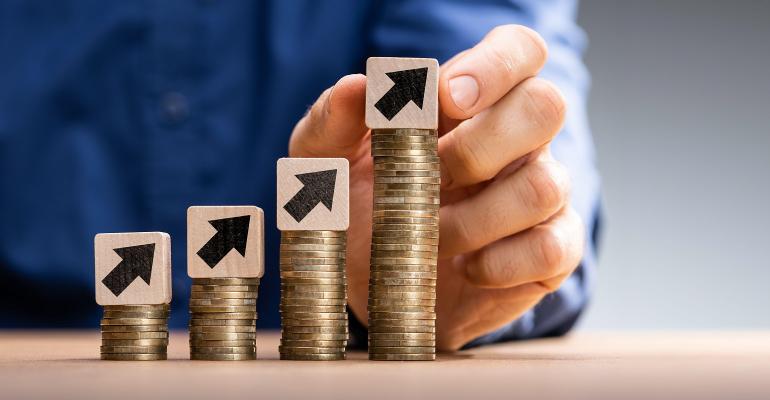 Median Salary for IT Professionals Rises to Over $101,000

Demand for tech workers is still high, resulting in a rise in salaries for IT pros, a Janco report finds.

High demand for IT professionals and persistent inflation are twin factors driving up salaries in the tech job market.

These were the findings from Janco's 2023 IT Salary Survey of 282 enterprises in North America, which found median salaries for the positions surveyed now exceed $101,000.

All salaries for IT workers in large enterprises went up an average of 3.61%, with most of the major increases found at the staff levels, while salaries in small to medium-size businesses (SMBs) increased 7.74% across the board, with slightly greater percentages for IT executives.

"Despite layoffs by several tech giants, demand for IT pros across almost all industries still exceeds the supply of qualified individuals."

"Despite layoffs by several tech giants, demand for IT pros across almost all industries still exceeds the supply of qualified individuals," Janco CEO Victor Janulaitis said in a statement. "Our data show that there are close to 200,000 IT jobs that remain unfilled due to lack of qualified candidates."

These market dynamics are also pushing organizations to offer new hires salaries at the top end of the ranges for existing positions, often exceeding the salaries of current employees occupying those same roles, the report noted.

IT hiring experts predict strong demand for IT workers in 2023, with expertise in cloud, AI/data science, and especially cybersecurity leading the market.

Rising Salaries Impact Organizations in Need of IT

Muddu Sudhakar, CEO at Aisera, said the continued rise of IT professionals' salaries could have serious impact for IT and tech businesses, forcing them to turn to automation across IT to reduce IT talent hiring if salaries continue to go up.

"Going forward, the number of jobs in IT will reduce drastically," he predicted. "This is because of many factors, including high salaries. Larger enterprises and CIOs are still holding on to their large teams, but they will be pressured by CEOs, CFOs, and boards going forward."

CIOs and leaders in midsize companies are reacting faster and adopting AI and automation technologies for IT and cloud operations, Sudhakar said.

The survey also indicated consultants who augment IT staff and skills are in high demand, and Sudhakar noted that the COVID-19 pandemic has shown that relying on remote workers/contractors can be an effective strategy.

"There are services like Upwork that make it possible to source this IT talent," he explained.

Another benefit, he said, is that organizations can essentially "try before you buy" — for example, businesses can set up a person in a project and see how they do.

"This can be a lower-risk approach," Sudhakar said. "Using contractors is also helpful because there are some IT matters that may not necessarily need full-time employees. This could, for example, be about building an API for a narrow purpose."

He cautioned, however, that there may be a fear factor involved in respect to current employees when there are more contractors hired — namely, that the contractor may ultimately replace the employee.

"In my view, however, this is probably overblown," Sudhakar said. "In fact, more people are looking at being contractors because of the flexibility. Also, when dealing with baby boomers, they may want to stay involved by taking this type of role."

The report also noted demand is strongest for IT professionals with expertise in security, blockchain, work from home (WFH), and e-commerce technologies.

In addition to hiring, organizations are also focused on retaining staff and minimizing attrition, which appears to be more of a challenge for midsize companies than for larger firms.

"Staffing and retention are now a primary priority of C-Level management," the report noted.

Indeed, employee departures continue to plague the workforce, according to a survey of U.S. hiring managers, but there are steps organizations can take to help retain IT staff.

While the outlook for IT professionals still appears robust, a steady stream of tech giants is simultaneously announcing major layoffs — most recently Amazon, which announced it's cutting 18,000 employees.

While these may not always impact tech workers in these firms directly, the announcements indicate some of the world's biggest IT companies are paring back employee positions that expanded during the pandemic years.